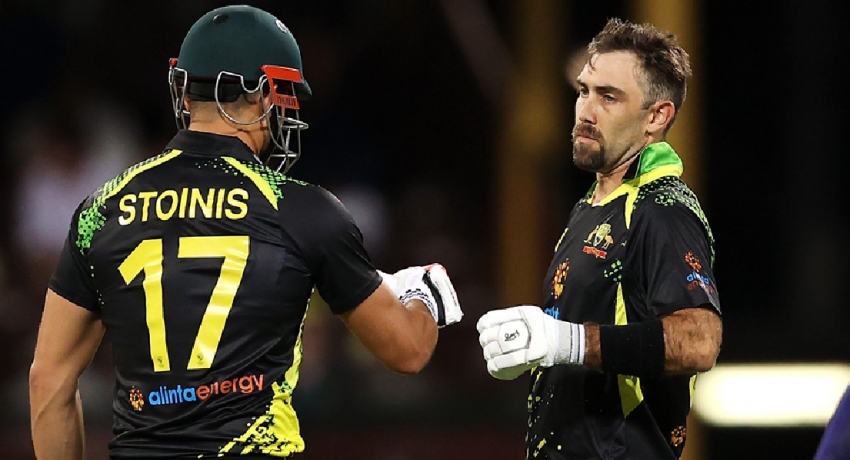 Josh Hazlewood conceded just five runs in the Super Over as T20 World Cup champion Australia edged Sri Lanka on Sunday after the second game of their series finished in a tie.

Australia was sent in to bat in Sydney and posted 164 for 6, with Josh Inglis scoring 48 from 32 balls to lead the scoring.

Dushmantha Chameera took 2 for 30, including wickets with consecutive balls in the 19th over to remove Steve Smith (14) and Marcus Stoinis (19), and Wanindu Hasaranga returned 2 for 33.

Sri Lanka was always behind in the run chase after losing wickets in the first, third and fifth overs to slip to 25 for 3, but opener Pathum Nissanka’s 73 from 53 deliveries kept the visiting team in contention.

Sri Lanka needed 46 from the last 18 balls for victory and, when Hasaranga was run out for 34 on the last ball of the 19th over, still needed 19 off the last over from Stoinis to win the match and level the series.
They scored 18 , with Maheesh Teekshana hitting the second ball he faced for six and Chameera hitting a four down the ground on the last ball to level the scores.

With the Super Over in play Hazlewood, who returned 3 for 22 in his four overs in regulation, bowled two dot balls and a bye, which resulted in Dinesh Chandimal being run out by a direct hit from Glenn Maxwell as Sri Lanka slipped to 1- 1. The Sri Lankans managed to get to 5 for 1 after six balls.

Maxwell took a single off Hasaranga from the first ball of Australia’s Super Over and Stoinis did the rest, driving down the ground for consecutive boundaries to secure the victory with three balls to spare.