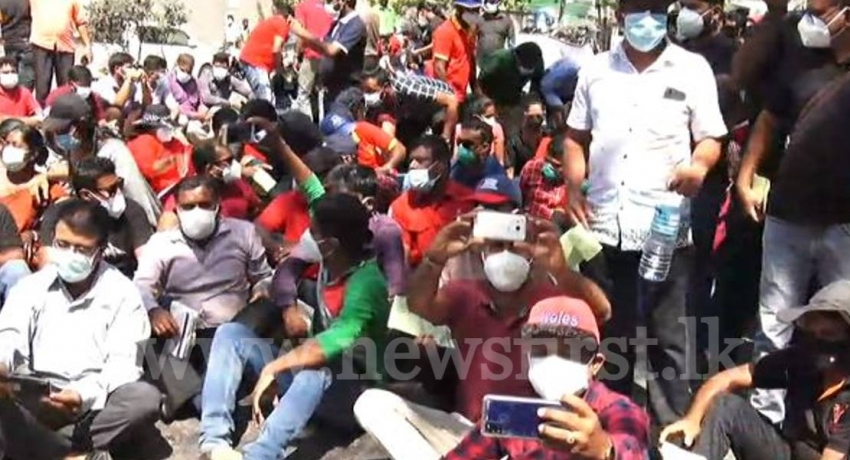 COLOMBO (News 1st); Heavy traffic was reported along Deans Road in Colombo opposite the Health Ministry on Tuesday (8) due to a protest by health workers.

Hundreds of health workers marched from the Vihara Maha Devi Park in Colombo to the Health Ministry against the government’s failure to remove salary anomalies and address their grievances, despite recent token strikes.

The unions demand that the authorities eliminate existing salary disparities in the sector just as they eliminated the teacher and principal salary anomalies.

They resorted to the indefinite trade union action from Monday (7).