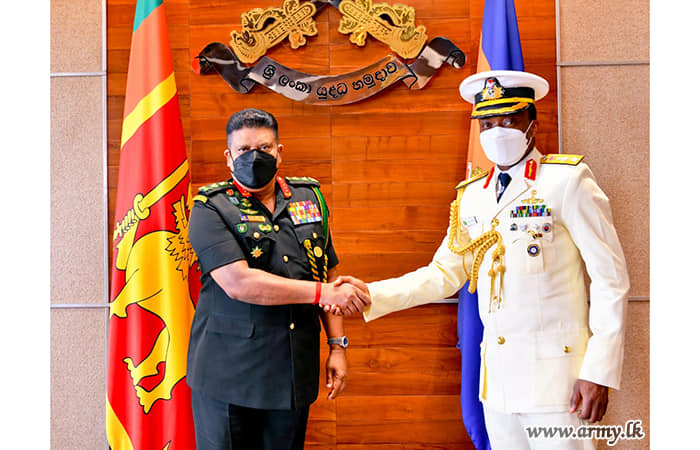 COLOMBO (News 1st); The Military Attaché in the Embassy of the Republic of Turkey in Sri Lanka, Colonel Can Gokkaya, on Wednesday (2) paid a courtesy call on the Chief of Defence Staff and Commander of the Army, General Shavendra Silva at the Army Headquarters in Sri Jayewardenepura.

During the cordial interactive meeting that followed, both of them exchanged views on matters of bilateral importance, security interests, prevailing bonds of trade and commerce between both countries and other matters of mutual relevance.

The visiting envoy commended the Sri Lankan Armed Forces’ contribution to the control of COVID 19 pandemic in the country as well as the roles being played for nation-building tasks.

Commodore Anthony Victor Kujoh, Defence Advisor at High Commission of Nigeria in Sri Lanka on Wednesday (2) extended courtesies to the Chief of Defence Staff and Commander of the Army, General Shavendra Silva during a visit he made to the Army HQ at Sri Jayawardenepura.

During cordial interactions that ensued in the Commander’s office, both of them shared views on existing bilateral agreements on power and energy, maritime and security as well as that of technical and cultural agreements, some of which are at different levels of negotiations.

Commodore Kujoh spoke highly of dedicated roles of the Sri Lankan armed forces over sustained control of the pandemic in Sri Lanka and how professionally-qualified Sri Lankan troops continue to perform their assignments for development of the Nation.

Indonesian Embassy’s Defence Attaché-based in New Delhi, accredited to Sri Lanka, Commodore Didik Kurniawan, currently in Sri Lanka on a visit paid a courtesy call on General Shavendra Silva, Chief of Defence Staff and Commander of the Army at the Army HQ.

The meeting recalled friendly diplomatic relations that have been existing between both countries since the year 1952 and some of the religious and cultural similarities.

Commodore Didik Kurniawan during the cordial meeting also exchanged views on bilateral issues of concern with the Commander of the Army and the diplomat learnt more about COVID 19 control measures and multifaceted development roles, being carried out by Army troops.

General Shavendra Silva also expressed his gratitude to Indonesia for her sustained support given to the Sri Lankan Armed Forces during the height of humanitarian operations before May 2009 by way of dismantling terrorist networks, etc. Towards the end of the interactions, both exchanged mementoes as symbols of goodwill and cooperation. 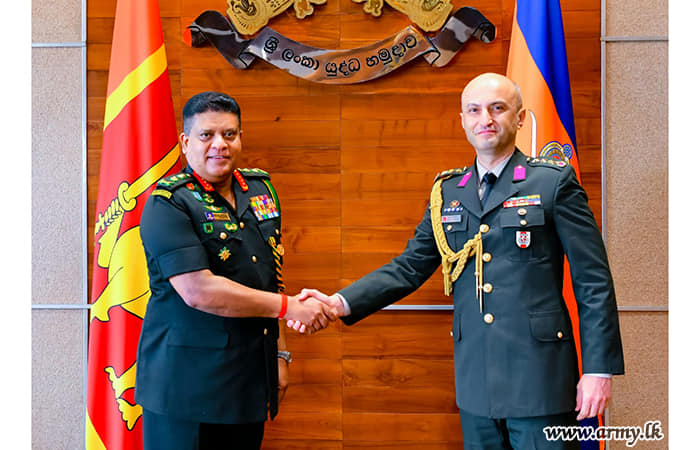 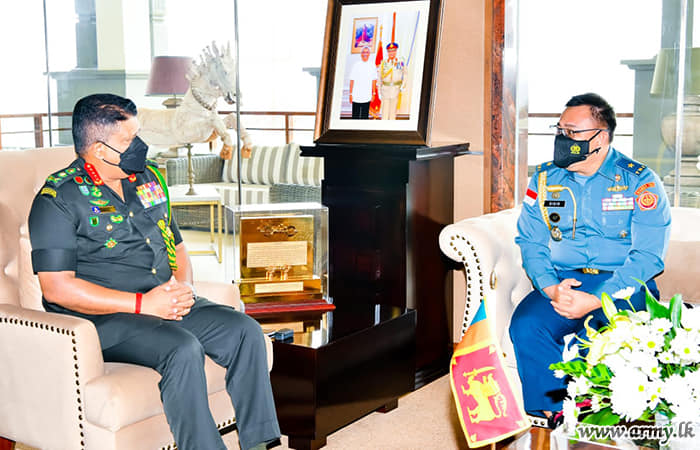