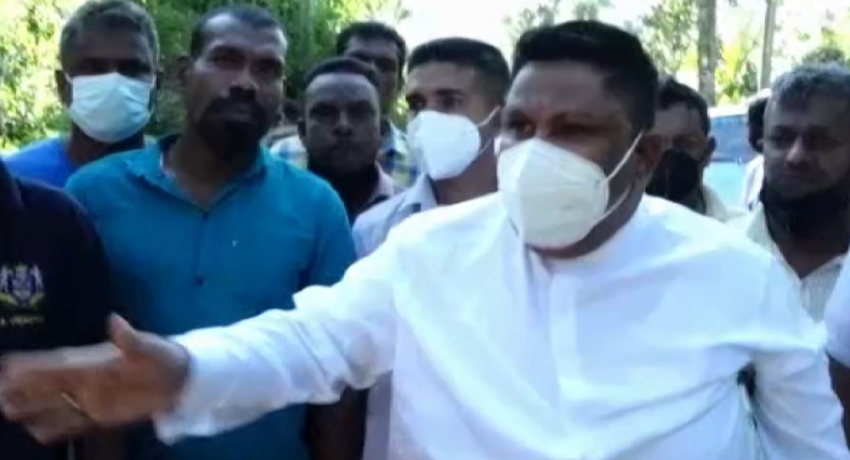 The issue had arisen over the ownership of the land on which the building was constructed.

The MP, Chamara Sampath Dassanayake speaking to the residents of the area stated that he is not attempting to acquire the land as it is a state owned land.

Accusing MP Sivanesan for stirring up the issue, the MP said that there is no issue if the land owner has constructed it, and subsequently left the area amid objections by residents.

A resident alleged that MP Chamara Sampath attacked him and laid the foundation stone for the building, and emphasized the importance of protecting their lands, adding that they cannot simply give away their lands.

Meanwhile, a local politician had to give up attempts to construct a building in Bandarawela due to a brawl that erupted at that time.

The brawl had broken out as the plantation company that owns the land had not granted permission for the construction. Additionally, planters in Neluwawatte staged a strike in support of that.