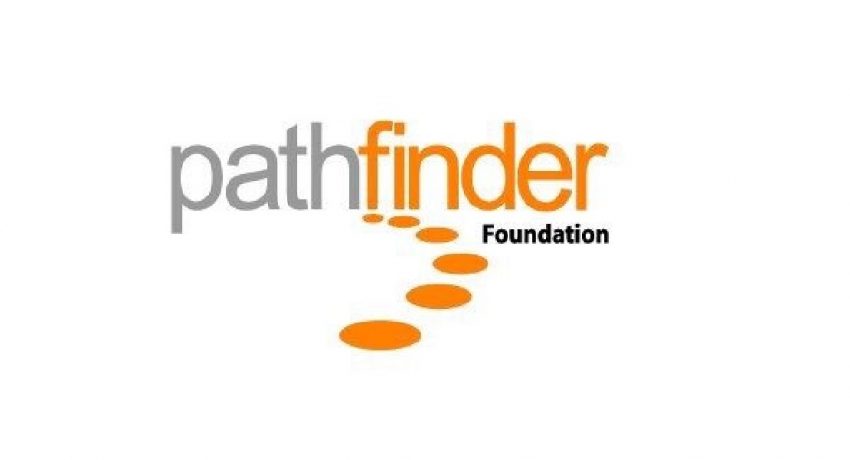 Debt restructuring can save over US $ 3 Bn – Pathfinder Foundation

Debt restructuring can save over US $ 3 Bn – Pathfinder Foundation

COLOMBO (News 1st) The Pathfinder Foundation says Sri Lanka needs to do more rather than relying on the goodwill of friendly nations as a way out of the economic crisis.

In a statement, it pointed out that debt restructuring can save over 3 billion US dollars during the first year and that this money can be used for essential imports.

But the Pathfinder Foundation said Sri Lanka needs a homegrown programme that is credible enough to negotiate with the IMF and creditors.

It noted that the programme would require a realistic exchange rate, a transparent formula for fuel costs, and also strengthening key institutions like the CBSL.

A Pathfinder Perspective on Urgent Reforms to Resuscitate the Economy

With known net debt service payments of USD 6.6 bn this year and current fully usable official reserves of less than USD 1 bn (2-3 weeks of imports), Sri Lanka is confronted with both a cash flow problem and a debt problem. The liquidity problem is compounded by the fact that the only known additional external financing, at this point, are lines of credit from India (USD 1.5bn) and Pakistan (USD 200 mn). These will certainly contain the depletion of reserves. They will not have a very material impact on the existing external financing gap, which is likely to be at least USD 7 bn this year, even with very optimistic assumptions about receipts from tourism, asset sales, remittances and FDI.

With each passing day, the dollar illiquidity will worsen unless there are large inflows. These are currently not on the horizon. Some businesses are being scarred; others are having to close down. There will be some temporary reduction in the hardships being experienced by the people due to the Indian SWAP, the deferral of the Asian Clearing Union settlement and the lines of credit obtained in recent weeks. The intention of the Indian government to provide humanitarian support in this time of great need is very laudable. However, these generous initiatives will not serve to buy more than two or three months’ time. We need to do much more to help ourselves rather than relying on the goodwill of friendly neighbours, such as Bangladesh, India and Pakistan, whose per capita incomes are below ours.

Thanks to the high level of external debt, the country also has a solvency problem. This formidable challenge will not be resolved by a few bilateral sources temporary financing. They do not alter the debt burden. The problem has been compounded as inflows have been less than anticipated. In its previous articles (see last paragraph), the Pathfinder Foundation has advocated: (1) an immediate announcement of a preemptive restructuring of external debt, (2) a very early and urgent approach to the IMF; and (3) bridging finance from friendly bilateral partners pending completion of the negotiations with creditors and the IMF which can take at least six months.

Debt restructuring, excluding multilateral debt, can save over USD 3 bn, during the first year. These dollars can be used to finance imports that meet the essential needs of the people and urgent requirements of businesses. An IMF programme can trigger a combination of balance of payments financing and direct budgetary support from the World Bank and Asian Development Bank to the tune of USD 1.5- 2.0 bn in the first year. The combined increases in USD availability during the first twelve months will have a huge positive impact in resolving the problems currently being caused by dollar illiquidity.

However, there can be no gain without pain. The painful consequences of many years of indiscipline, resulting in the country living well beyond its means, cannot be wished away. An austerity programme is inevitable. Its depth and duration can be mitigated by robust structural reforms that increase productivity/competitiveness and thereby strengthen the growth framework of the economy. This would increase output, employment and incomes. The policies adopted should also prioritise inclusiveness and sustainability.

A home-grown programme needs to be developed to meet these objectives. It should also be credible enough to negotiate with the IMF and creditors. Such a programme may include, inter alia, the following.
A realistic exchange rate that contributes to building reserves; and ends the current multiple exchange rates that incentivise the expansion of the black economy.

Continuation of the CBSL’s shift to a more market-oriented monetary policy.

A medium-term fiscal consolidation programme which sets out a clear path to debt sustainability, including by improving the primary balance through a widening of the tax base, improving tax administration, rationalising public expenditure in accordance with a clear set of national priorities, and adopting transparent fiscal rules by strengthening the Fiscal Management Responsibility Act.

Reform of the present highly inefficient subsidies, which disproportionately benefit the non-poor, with a well-designed and targeted system of cash transfers supported by a digital Identity Card.

Full-cost pricing of fuel and energy based on transparent and predictable formulas.

Further progress in commercialising SOEs, including implementation of the Statements of Intent prepared by the large ones. Consider all options to reverse the burden Sri Lankan Airlines inflicts on state bank balance sheets and the government budget. Strengthen the operational independence of key institutions, including the CBSL.

The above could, inter alia, be key elements of a home-grown reform programme that can be the basis of negotiations with the IMF. It can also be credible enough to generate confidence among creditors. However, it is also important to accelerate the long over-due structural reforms to ensure that the above programme, which is primarily focused on stabilisation, does not lead to a growth deficit. This has been a repeated problem with reform efforts in the past decades. The structural reforms to generate growth are very well known and relate to: factor markets (land, labour and capital); the investment climate; investment promotion; trade policy, including trade agreements; trade facilitation; education, training and skills development; and digitalisation.

There is much to be done, and done quickly, to avoid falling into the abyss.