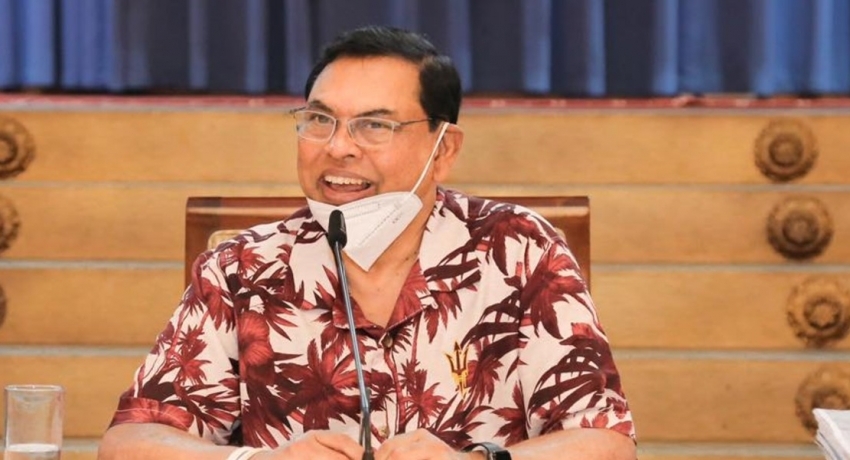 “Have you heard about a Finance Minister who got criticized when settling the due loans as much as when obtaining loans? Now they are scolding us because we are paying off the loans. I don’t even know who obtained these loans in the first place. Everyone has obtained loans. It is okay to criticise at that time, but why are they scolding when we can settle the loans by asking us not to pay off the debt?” Minister Basil Rajapaksa questioned.

He shared these remarks while addressing the Opening Ceremony of a new building at the Kurunegala Pradeshiya Sabha.

Whilst pointing out that there are more debt to be settled in the future as well, the Finance Minister reiterated that the Government is commited to settling every single dollar that is due.

“This year alone, we have a total debt of $6.9 billion including interest,” he added.

Commenting further, Finance Minister Basil Rajapaksa said “We commit to settling every single dollar that we must pay this year. I responsibily say that we have the ability to do so.”