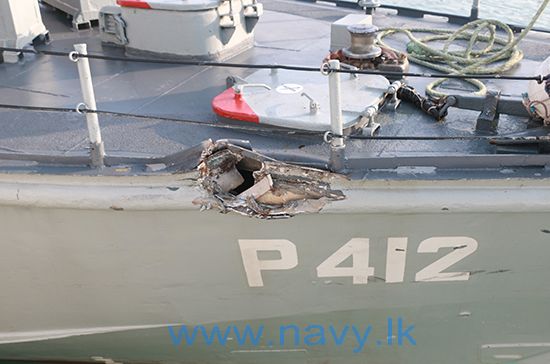 COLOMBO (News 1st); 21 Indian fishermen who were detained and arrested in the Sea of Sri Lanka early on Tuesday (1) were remanded until the 7th of February.

One Indian fisherman was ordered to be moved to a quarantine facility due to COVID concerns.

2 Indian trawlers with 21 Indian fishermen were held for poaching in the Sea of Sri Lanka, off Kovilan and Point Pedro Lighthouse, Jaffna on the night of 31st January 2022.

The trawlers, that had illegally entered into Lankan waters, were reportedly surrounded by Sri Lankan fishing boats until the Navy arrived. Both trawlers were then escorted to KKS.

Reports say that the Fishing community did not allow Minister Douglas Devananda to intervene last night, and protested against any attempt to have the trawlers released.

Sri Lanka Navy said a special operation was mounted by deploying Fast Attack Craft of the 04th Fast Attack Flotilla in the Northern Naval Command, another Fast Patrol Boat of Sri Lanka Coast Guard and with the assistance of the Navy’s Special Boat Squadron.

The operation led to the apprehension of these 2 Indian trawlers with 21 Indian fishermen while poaching in Sri Lankan territorial waters on the night of 31st January.

The operation was conducted adhering to COVID-19 protocols due to pandemic concerns. Meanwhile, necessary arrangements are being made to produce the apprehended Indian fishermen to relevant authorities, after directing them for Rapid Antigen Test for COVID-19. 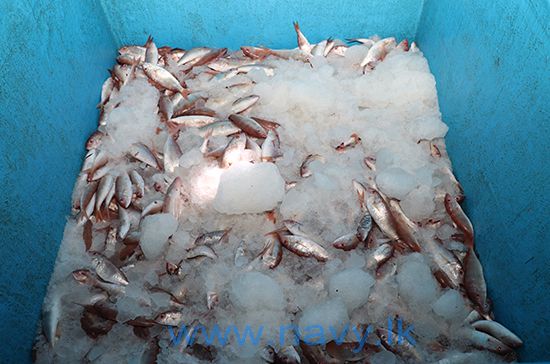 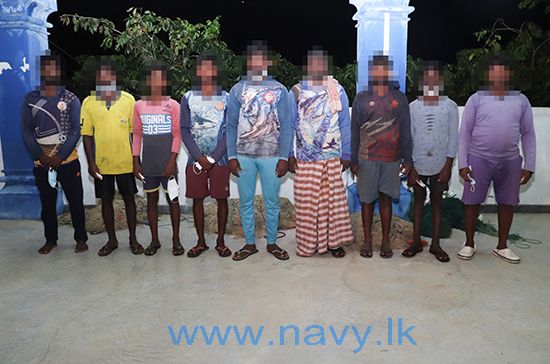 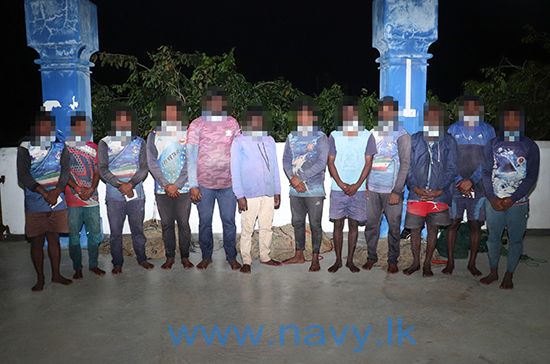 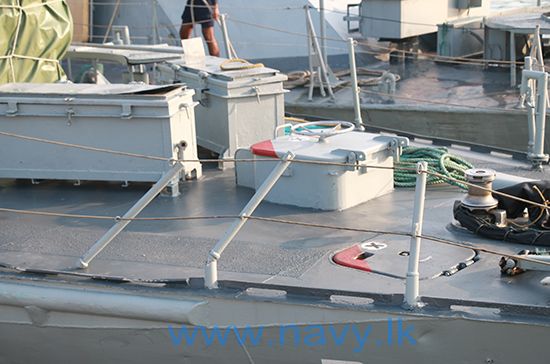 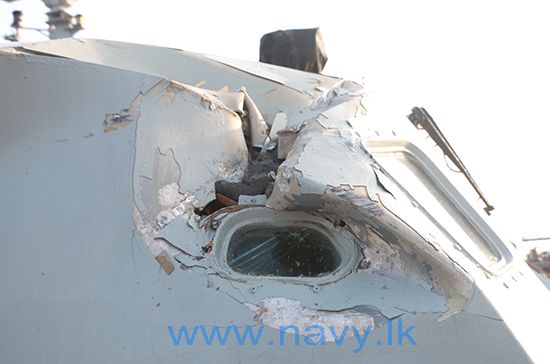