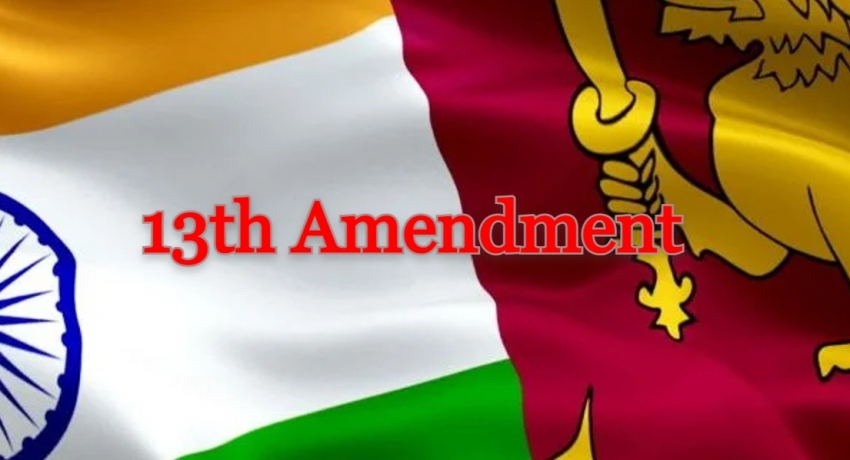 COLOMBO (News 1st); Amid allegations that India is misappropriating Sri Lanka’s resources for better or worse, a debate has arisen about the Tamil parties’ demand for the implementation of the 13th Amendment.

However, the Tamil National People’s Front opposes this request.

The Party, on Sunday (30) marched from Nallur across the Point Pedro main road to Muttirai Junction and organized a public event opposing the decision.

The Leader of the Tamil National People’s Front, Gajendrakumar Ponnambalam alleged that many Tamil parties are demanding for the implementation of amendment despite opposing it since 1987.

Speaking further, Ponnambalam said that the Government wants to pretend that passed a systematic constitution with the support of the Tamil people, however India states that the national problem will be resolved with the establishment of a unitary state, yet Provincial Councils have no power in a unitary state.