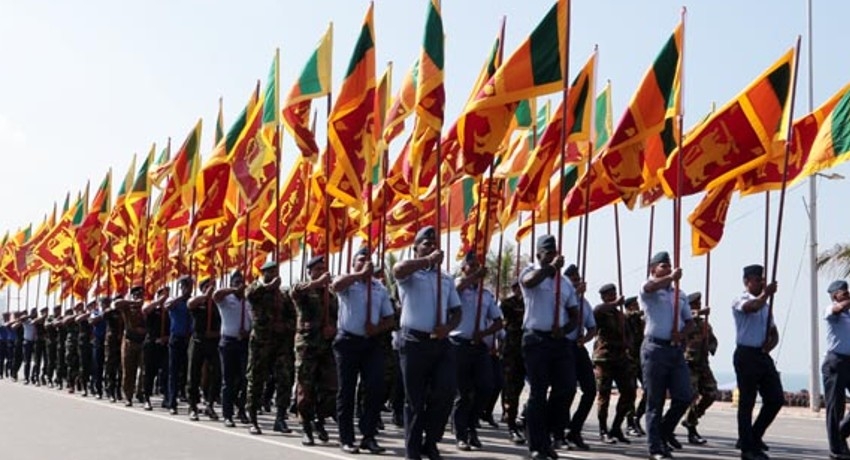 COLOMBO (News 1st); The 74th Independence Day will be celebrated with pride with the participation of security forces in accordance with the COVID health guidelines, said General G.D.H. Kamal Gunaratne (Retd), the Secretary of Defence.

“In total 6,500 personnel will take part in the Independence Day parade,” said the Defence Secretary.

He said the Independence Day celebrations will take place on 4th February with President Gotabaya Rajapaksa gracing the event as the Chief Guest at 8:13 AM.

Army Commander General Shavendra Silva told reporters that two-minute silence in memory of all the patriots and War Heroes who laid their lives for the noble cause of defending the Nation, will be observed on Independence Day.

He said the Independence Day parade will feature two segments, the first will be the foot columns march of the Three-armed Force, Police, Civil Defence Force, and the National Cadet Corps, and the second will feature the Mechanized Column of military hardware which includes approximately 111 military vehicles.

Commander of the Air Force, Air Marshal Sudarshana Pathirana said the eyes in the skies will coordinate the Independence Day Fly Past with 26 aircraft and 50 pilots.