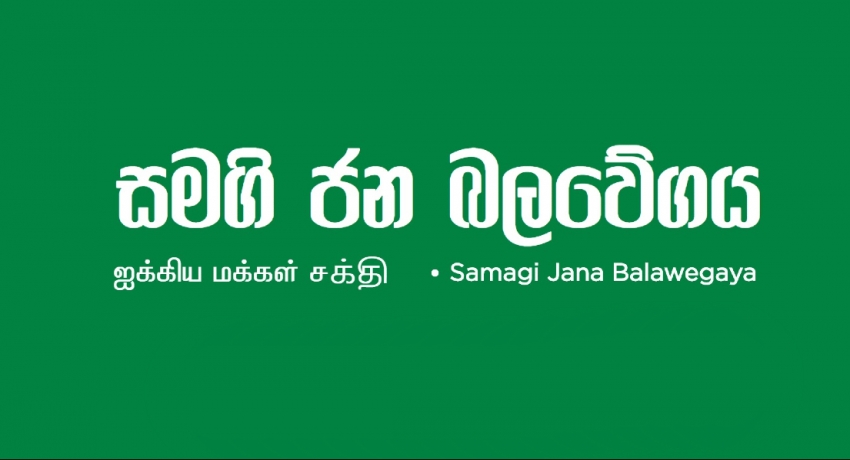 COLOMBO (News 1st); The ‘Samagi Govijana Manifesto’, the agriculture policy proposed by the Samagi Jana Balawegaya, has been released under the auspices of the Leader of the Opposition, Sajith Premadasa on Saturday (29).

The ceremony is currently underway in Polonnaruwa, at the Parakrama Samudhraya premises with several farmer’s organizations in attendance.

SJB MP Nalin Bandara said that the policy would propose methods of developing agriculture, empowering farmers and applying technology to agriculture under an SJB Government.

The objectives of the Samagi Agrarian Policy are to enhance the productivity of crop and animal products, to strengthen agro-exports, to empower the farming community economically and socially, and to increase the contribution of agriculture to the country’s GDP.

Nalin Bandara, Member of Parliament, National Organizer of the Samagi Govi ​​Balawega presented the ‘Samagi Govi ​​Jana’ manifesto to the Leader of the Opposition Sajith Premadasa, who presented it to the farming community.

The Opposition Leader, speaking at the event pointed out that although every Government that has been formed in this country since independence has taken steps to give that respect to the farming community without any party affiliation, the self-respect of the farmer was tarnished by the present Government.

Mentioning that the present Government has branded the farmer who supplies rice to the nation as poisoner of the people, the Opposition Leader promised that under his Government, they will be able to grant the fertilizer relief once again.

However, the damage done to the self-esteem of the farmer, the humiliation, the insult and the disrespect by the Government cannot be rectified, he mentioned.

Premadasa also said that fertilizer was not granted at the beginning of the Maha season, while rice was imported from China and India at the time of the harvest, which made the farmer even more helpless.

“With the vision of misfortune activating on the mainland, today we can see the dark shadows of a looming famine. We were number one in food security in South Asia. By November 2021, our country, which was ranked 66th, has slipped to 77th. Now we have to ask whether the Government is planning to compensate for the reduction in this harvest?” the Opposition Leader questioned.

Additionally, Premadasa said that no matter how many cabinet decisions are announced, not a single rupee has been allocated in the budget to compensate for the reduction in yield, and urged the Government to formulate a compensation scheme immediately, and to bring that compensation mechanism to Parliament immediately, as the Opposition is ready to grant its support to get it approved if the program compensates the farmers adequately.

If the farmers are not adequately compensated, the Samagi Jana Balawegaya will take it to the streets peacefully to encourage the Government to facilitate this compensation, he added.