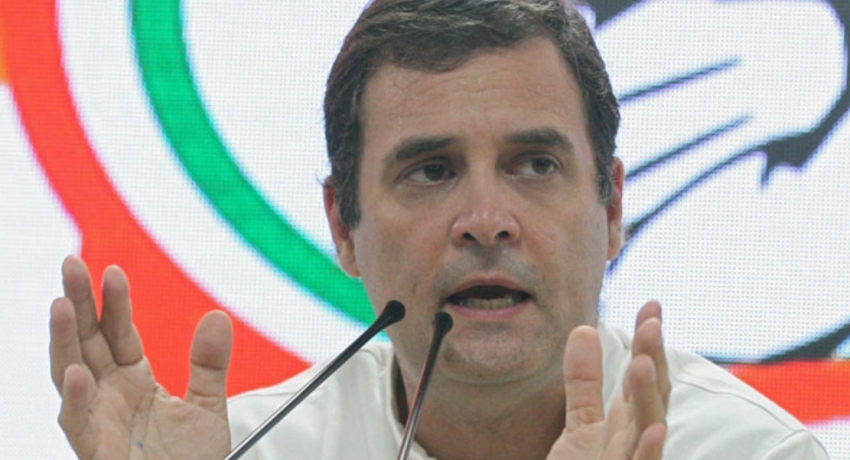 COLOMBO (News 1st); Member of the Indian National Congress Rahul Gandhi alleges that the Modi Government has committed treason with their purchase of the software Pegasus to spy on primary democratic institutions, politicians and the public.

In a tweet, the Indian MP Gandhi states that Government functionaries, opposition leaders, armed forces, judiciary all were targeted by phone tappings.

Modi Govt bought Pegasus to spy on our primary democratic institutions, politicians and public. Govt functionaries, opposition leaders, armed forces, judiciary all were targeted by these phone tappings. This is treason.

Meanwhile, The New York Times reported that the Indian Government bought Israeli spyware Pegasus in 2017 as part of a $2-billion package for weapons including a missile system.

The newspaper further reported that the year-long investigation had reveled that how the spyware was used globally, by Mexico to target journalists and dissidents, and by Saudi Arabia against women’s rights activists and associates of columnist Jamal Khashoggi who was killed by Saudi operatives.

The report also stated that under a set of new deals licensed by the Israeli Ministry of Defence, Pegasus was provided to Poland, Hungary and India, among other countries.

Citing the Indian Prime Minister Narendra Modi’s landmark visit to Israel in July 2017, which is the first by an Indian Prime Minister to that country the NYT reported that visit came even as “India had maintained a policy” of what it called “commitment to the Palestinian cause,” and “relations with Israel were frosty.” However, the visit took place as the two countries agreed on the sale of a package of sophisticated weapons and intelligence gear worth roughly $2 billion, with Pegasus and a missile system as the centerpieces.