COLOMBO (News 1st); Mevlüt Çavuşoğlu, the Minister of Foreign Affairs of the Republic of Türkiye has told President Gotabaya Rajapaksa that his government is keen on further promoting trade between the two nations.

He made this observation when he met with President Rajapaksa on Friday (28), during his official visit to the island nation.

The Turking Foreign Minister noted that the Turkish market is wide open for a plethora of Sri Lankan products through market diversification.

Mevlüt Çavuşoğlu had once again extended an invitation to President Rajapaksa to visit Turkey, said the President’s Media Division. 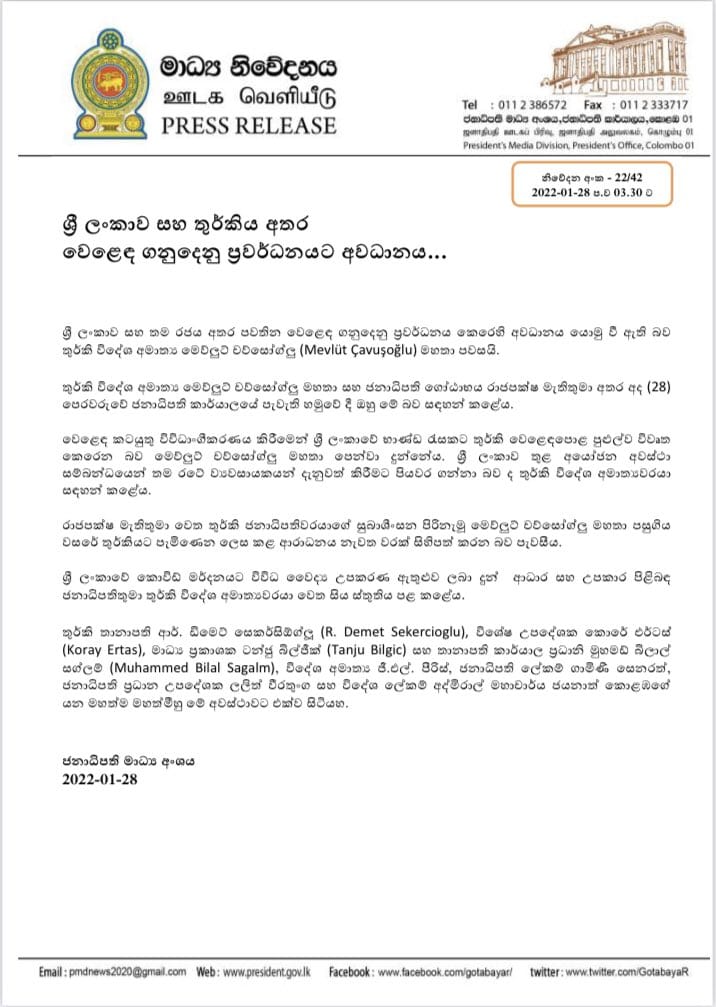