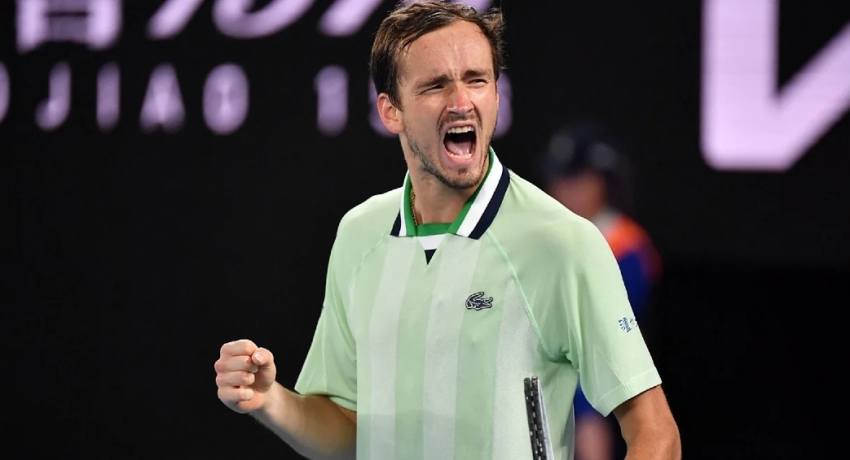 While Medvedev came into this match as favourite, Auger-Aliassime had momentum behind him going into his first ever Australian Open quarter-final. After slow-burn performances against Emil Ruusuvuori and Alejandro Davidovich Fokina in the first and second rounds, he powered past Dan Evans before triumphing in an epic battle of the serves with Marin Cilic.

That set him up well for the first set, where he and Medvedev traded service games with steely intensity. The Canadian grew into his game, however, winning a fantastic point at 4-4 when, after swapping audacious drop shots with his opponent, he skimmed the baseline with a winner.

Auger-Aliassime earned the first break point of the match at 5-5, but Medvedev saved it with a killer backhand down the line. He got another when, at deuce, Medvedev left a backhand volley which dropped just inside the court, capitalising when the world No. 2 proceeded to double fault.

Just when it looked like he would see out the set, Auger-Aliassime wobbled. Three unforced forehand errors gave Medvedev three opportunities to break back, with the Russian taking the second.

Auger-Aliassime regained his composure to win the tie-break, benefitting from two more double faults before seeing things out. The second set began in much the same fashion, with the 21-year-old holding serve confidently before immediately breaking his opponent.

The world No. 9 went on to win 6-3 to go two sets to love, dominating on serve and striking like lightning from the back of the court whenever Medvedev tried to counter. Auger-Aliassime breezed through the final game flawlessly, having won 78 per cent of points on first serve and produced nine aces up to that point.

Having struggled to hold in the opening game of the third set Medvedev started to get increasingly tetchy, shrugging theatrically after missing a forehand and muttering under his breath after every point. Auger-Aliassime continued to look the most likely to break, missing a decisive opportunity in Medvedev’s second service game and letting his opponent off the hook.

Medvedev still showed glimmers of genius, not least when he exhibited incredible reflexes and agility at the net to win a thunderous rally at 2-2. While he continued to struggle against Auger-Aliassime’s first serve, he secured another tie-break and, after a short pause as the roof was closed in response to rain, came out on top.

Those who thought that Auger-Aliassime would crumble under the pressure were mistaken. He continued to serve with conviction, ceding a break point at 4-4 in the fourth set only to save it with a massive ace and take the game.

Auger-Aliassime earned a first match point at 5-4, but Medvedev fired back with several big serves of his own to hold. Medvedev profited from creeping errors to break at 5-5, clinging on in his final service game despite a fierce fightback from the Canadian to set up an epic fifth set.

Even after that setback, Auger-Aliassime did not lose focus. He won his first service game to love, sealing it with a one-handed backhand down the line which left Medvedev stranded. The Russian then had to save three break points on serve, but managed to hold with a roar of triumph. Where Auger-Aliassime’s level had not really dropped, Medvedev’s had gradually risen until he was playing at somewhere near his maximum.

The match finally turned in the third game of the fifth set, Auger-Aliassime missing a volley at the net on the way to offering up two break points. Where his opponent had launched a tooth-and-nail defense in a similar situation, Auger-Aliassime produced a rare double fault.

While Auger-Aliassime kept fighting until the bitter end, Medvedev closed out the match ruthlessly. He will now face Stefanos Tsitsipas in the semis, following the world No. 4’s 6-3 6-4 6-2 victory against Jannik Sinner. 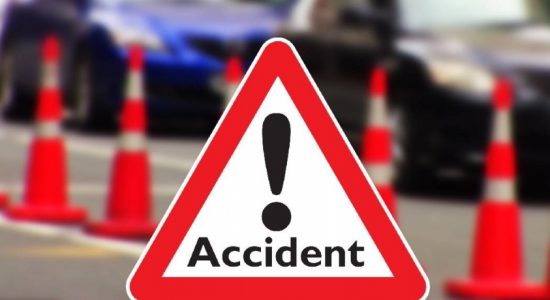