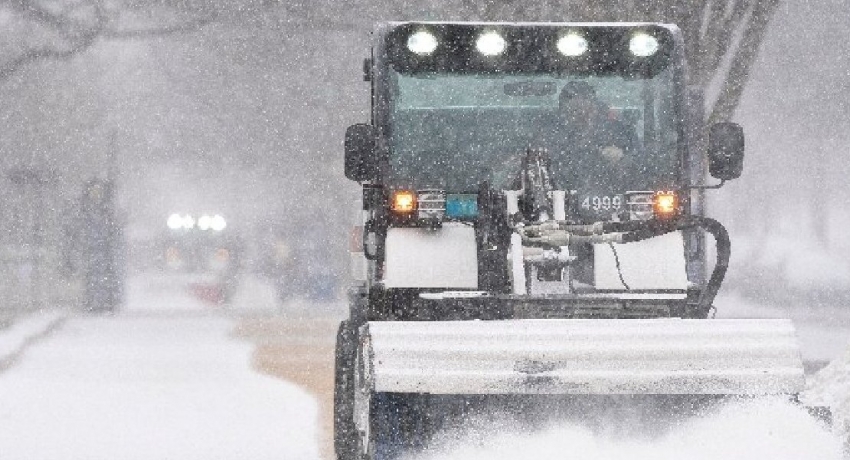 (News1st); A major winter storm enveloped most parts of North America as it swept into the US east coast and further into Canada, disrupting travel and causing power outages to thousands of homes.

West Virginia, the southeastern states of North and South Carolina as well as Georgia faced greater extents of power shortages, according to foreign media.

Over 1700 flights were canceled on Monday (17) as well as 3000 flights on Sunday(16), according to flight-tracking website FlightAware.

In Toronto, up to two feet (60 centimeters) of snow was expected — “a historic storm for the city,” tweeted Anthony Farnell, chief meteorologist of Canadian TV channel Global News.

In Quebec , the South of Ontario and Toronto students had been due to return to classrooms on Monday(17)   after the holiday break, However ,schools remained closed and school buses were were suspended fom operating in those areasa.

The US National Weather Service (NWS) said earlier it expected the storm to “slowly wind down today,” but that snow would continue to fall through the evening in upper New York and New England.

The heaviest snowfall was recorded in Ashtabula, Ohio, the agency said.”Significant impacts due to snow, ice, wind, and coastal flooding will persist across a large area,” NWS said in a tweet.

Furthermore, the storm spawned damaging tornadoes in Florida, while in the Carolinas and up through the Appalachian mountain region, icy conditions and blustery winds raised concerns.

According to scientists, climate change could be an aggravating factor for extreme weather events like snowstorms, as well as deadly floods, typhoons, and heatwaves.

Transport was also seriously disrupted, with drivers warned of hazardous road conditions and major travel setbacks were experienced from the southern US state of Arkansas to Quebec.

In Toronto, police tweeted that they had closed two sections of the highway due to extreme weather, and asked drivers to stay home, “unless it’s necessary.”