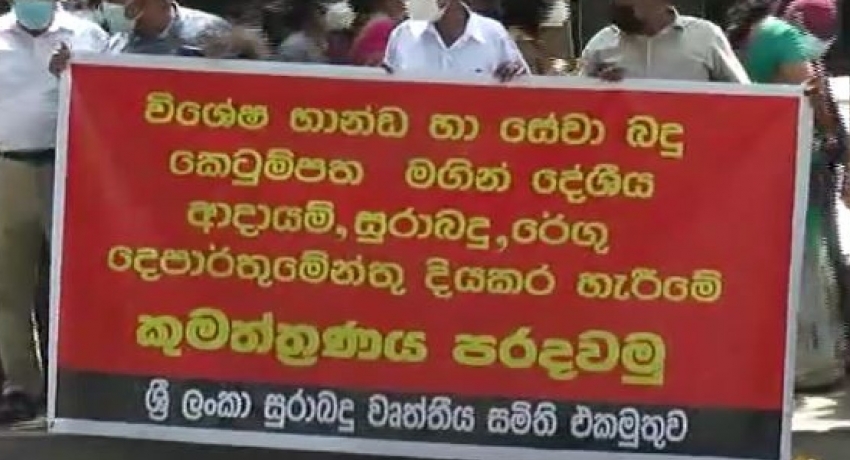 COLOMBO (News 1st); Several trade unions staged a protest opposite the Finance Ministry of Tuesday (18) demanding the government to scrap the Special Goods and Services Tax.

The tax is to be imposed on goods and services relating to liquor, cigarettes, vehicles, telecommunications, betting, and gaming.

According to the Special Goods and Services Tax Bill, the tax would be collected by a unit set up under the purview of a Deputy Secretary to the Treasury.

Employees of three government institutions tasked with collecting taxes pointed out that the introduction of the new tax would cause their collapse and may even risk the loss of revenue.

“There are three main institutions that collect the taxes on behalf of the government, and there is no need for a special unit,” said Ajith Galhena, the Secretary of the Inland Revenue General Workers Union.

The protesters submitted a letter to the finance ministry outlining their demands.