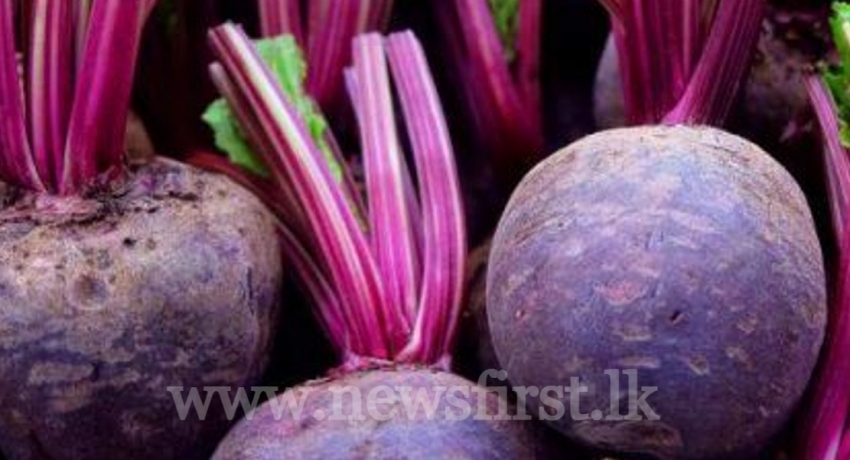 COLOMBO (News 1st); Traders from Colombo allege that imported Beet Root are flooding the local markets at a time when authorities have not granted permission to import Beet Root to Sri Lanka.

Sri Lanka’s Plant Quarantine Service has only granted permission to SriLankan Catering to import fresh vegetables, and NOT to any other establishment.

A local trader who is reported to have witnessed imported Beet Root being unloaded at another store said the consignment was delivered in a small lorry and the stock was from Pakistan.

The Chairman of the Dambulla Special Economic Center Traders Union, Shantha Ekanayake told News 1st that such an incident was reported and upon inspection, it was revealed that 2,500 kg of imported Beet Root were delivered to several shops.

The shop that reportedly sold the imported Beet Root denied the allegations.

Sri Lanka’s Ministry of Agriculture said that the stock of Beet Root may have been imported with a consignment of potatoes.

Director-General of Agriculture Dr. Ajantha De Silva told News 1st that the matter is being looked into.

Professor Buddhi Marambe from the University of Peradeniya told News 1st that if fresh produce is being imported to the country, these vegetable needs to undergo a proper quarantine process, if not harmful pathogen could enter the country and cause irreversible damage to the ecosystem.