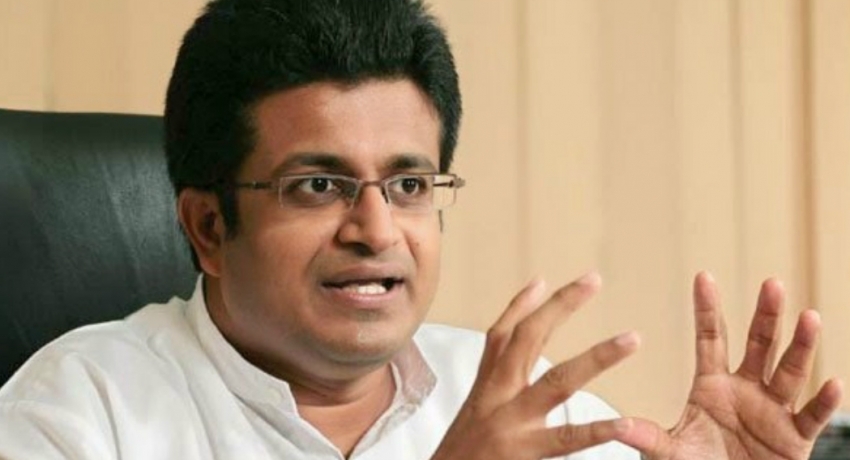 Power Crisis: ‘If CEB needs fuel they must pay in USD’

Power Crisis: ‘If CEB needs fuel they must pay in USD’

COLOMBO (News 1st): The Ceylon Electricity Board (CEB) must provide US dollars to the Ceylon Petroleum Corporation, if it needs fuel continuously, Minister of Energy Udaya Gammanpila said adding that if the CEB provides the dollars, the Ministry of Energy is prepared to import and supply the required stocks of fuel for power generation.

“Amidst the prevailing dollar crisis in the country, the CPC goes through serious difficulties to earn USD $400 million every month, to ensure the adequate supply of fuel stocks required for transportation and other industries,” Minister Gammanpila noted.

According to Minister Gammanpila, the Ministry of Energy has informed the CEB three months ago that if they require fuel for power generation, they should inform in advance.

“However, the CEB informed us on the 11th of January that they require Diesel from the 13th of January. We do not possess additional stocks of Diesel to supply on such short notice,” Minister Gammanpila pointed out.

He emphasized that the Ceylon Petroleum Corporation is ready to import and supply fuel if the Ceylon Electricity Board provides the necessary dollars, adding that the CEB can also directly import fuel by themselves.

At the same time, Minister of Power Gamini Lokuge says that a discussion will be held with the Ceylon Petroleum Corporation to obtain fuel until the 22nd of this month.

“The CPC has provided 3000 Metric Tonnes of fuel for the power generation at the Kelanitissa Power Plant. It is sufficient to ensure an uninterrupted supply of power until Tuesday (Jan. 18),” Minister Lokuge noted.

According to the Minister, the CPC is informed of the amount of fuel required annually.

“Due to the concessions granted to the consumers during the COVID-19 pandemic, the CEB is yet to receive arrears payments worth around Rs. 44 billion,” Minister Gamini Lokuge pointed out.