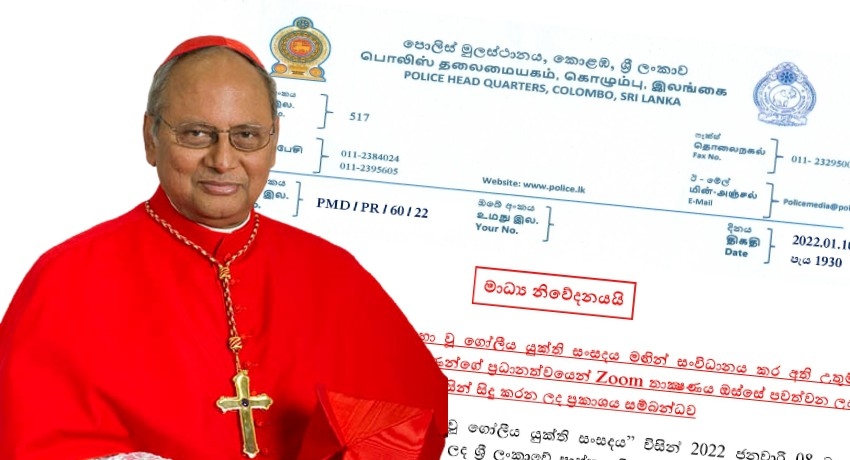 COLOMBO (News 1st); Sri Lanka Police on Monday (10) responded to the comments made by the His Eminence Malcolm Cardinal Ranjith, Archbishop of Colombo, recently during an online forum.

The statement from Sri Lanka Police noted that His Eminence had made the following remarks.

The Easter Attacks were a conspiracy by the present government.

Detectives are not keen on revealing details regarding the investigations on the attacks.

The attacks were allowed to be carried out, despite having prior information about them, solely to obtain votes.

DIG Nalaka De Silva was arrested as he had obtained a warrant for the arrest of Zaharan Hashim.

NO investigations on the recommendations made by the Parliamentary Select Committee.

Politicians exert their influence and Sri Lanka Police should be independent.

The Inspector-General of Police is repeating political statements to the masses.

In such a backdrop, DIG Nalaka De Silva was arrested on the 25th of October 2018 over a conspiracy to assassinate the Former and present Presidents in the east of the country, to assassinate an ASP in Colombo, and to cause serious damage to the positions held by several other senior police officers and a member of the police commission.

Sri Lanka Police said that after a warrant was issued against Zaharan Hashim, DIG Nalaka De Silva supervised the TID for more than three months and when perusing the documents it was observed that he had failed to enforce the warrant.

Sri Lanka Police also said it is a baseless argument to claim that Nalaka De Silva failing to enforce the warrant was the result of his arrest to commit conspiracy.

The statement said that from the 9th of July 2018 to 25th October 2018 until his arrest, Nalaka De Silva had not assigned any TID officer to enforce the warrant, and TID Directors had assigned officers to arrest Zaharan Hashim after De Silva was apprehended.

Sri Lanka Police said that investigating authority of any inquiry is the OIC of the respective police station or the Investigation Unit, and it is the existing legal position in Sri Lanka that he/she is responsible for all matters relating to the investigation including the arrest of those with warrants.

Therefore, there is no legal credibility to a statement to claim that the arrest of a supervising officer would undermine the powers of the OIC, said Police.

The statement goes on to note that to make a criminal charge against an individual Sri Lanka Police would act as per the legal provisions of the Evidence Ordinance of Sri Lanka, and will not make charges on any event based on statements and reports that have no value as evidence material.

Sri Lanka Police, therefore, had rejected the allegations made by His Eminence Malcolm Cardinal Ranjith, Archbishop of Colombo.

Sri Lanka Police said 42 people have been indicted over the 2019 April Attacks, while the Attorney General had filed 12 cases with the High Court based on correct information and evidence regarding the attacks., 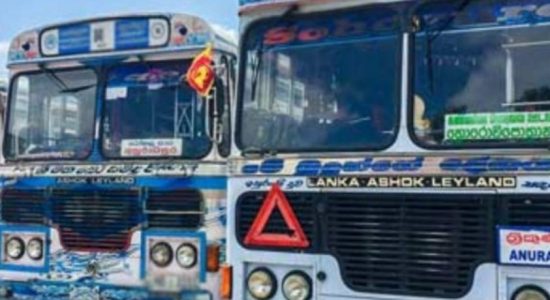 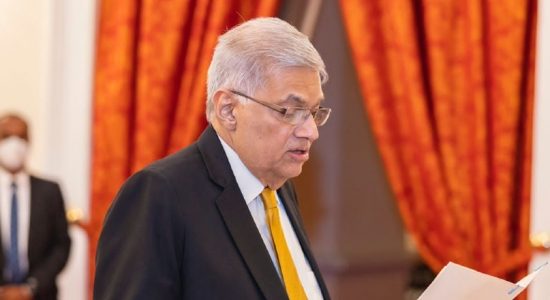 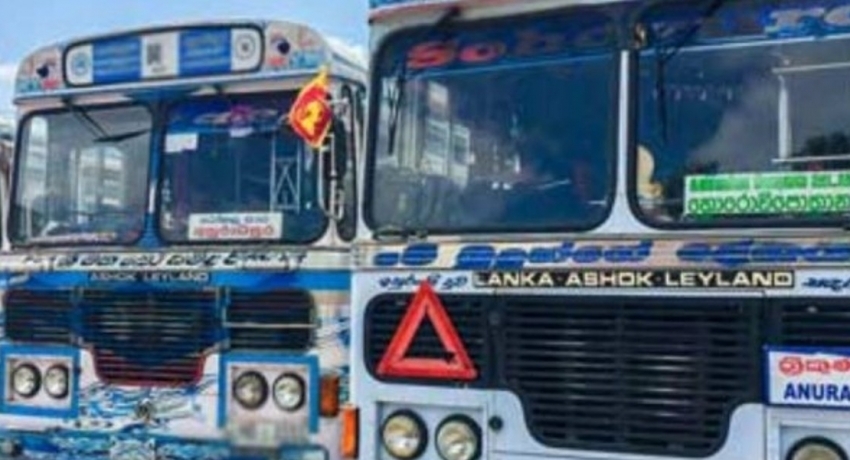