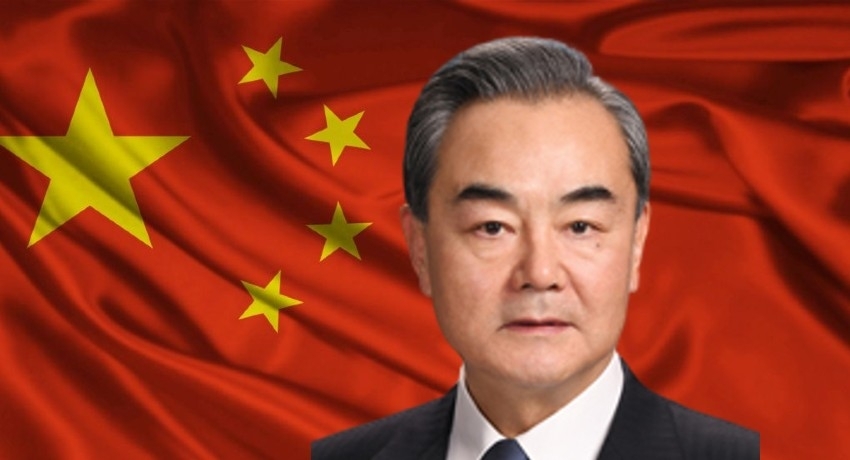 During his visit, the Chinese Foreign Minister will meet with the country’s top leadership.

His visit marks the 65th anniversary of diplomatic ties between the two nations and the 70th anniversary of the
Lanka-China Rubber Rice Pact. Signed in 1952, the Rubber-Rice Pact was a trade agreement between Lanka and
China under which Colombo supplied rubber to Beijing in exchange for rice, leading to the establishment of
diplomatic relations and expansion of trade between the two nations.

Wang Yi, a native of Beijing, was born in October 1953. He began his first job in September 1969 and joined the Communist Party of China (CPC) in May 1981. Wang graduated from the Department of Asian and African Languages of Beijing Second Foreign Languages Institute where he completed an undergraduate program in Japanese. He also holds a Master of Economics degree.

1989-1994 Counselor (elevated to Deputy Director General-level in May 1992), Minister Counselor (since April 1993), Chinese Embassy in Japan

(1996-1998: Attended an in-service graduate program in world economy at the APEC Study Center of Nankai University and was awarded a Master of Economics degree; March-May 2000: attended a continuing studies course for provincial- and ministerial-level officials at Central Party School)

Since 2018 State Councilor, member of the Leading CPC Members Group of the State Council, and Minister of Foreign Affairs

Wang has been a member of the 17th through 19th CPC Central Committees.