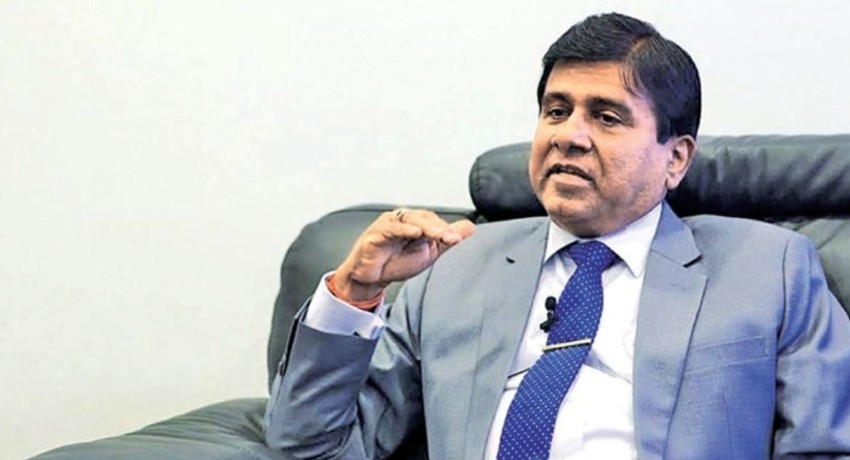 COLOMBO (News 1st); President’s Counsel (Dr) Wijeyadasa Rajapakshe in a letter sent to Chinese President – Xi Jinping through the Chinese Ambassador says that the current Government will be overthrown in a democratic manner in the first chance they get.

Dr. Wijeyadasa Rajapakshe in his letter says that the next Presidential Election or the General Election in Sri Lanka will be held under a public referendum.

The letter states that the power of the public will be utilized to restructure or revoke the agreements that are proven detrimental to Sri Lanka.

President’s Counsel (Dr) Wijeyadasa Rajapakshe stressed that dismissive action will be taken swiftly if China attempts to encroach on Sri Lankan land through the Selendiva Investment. 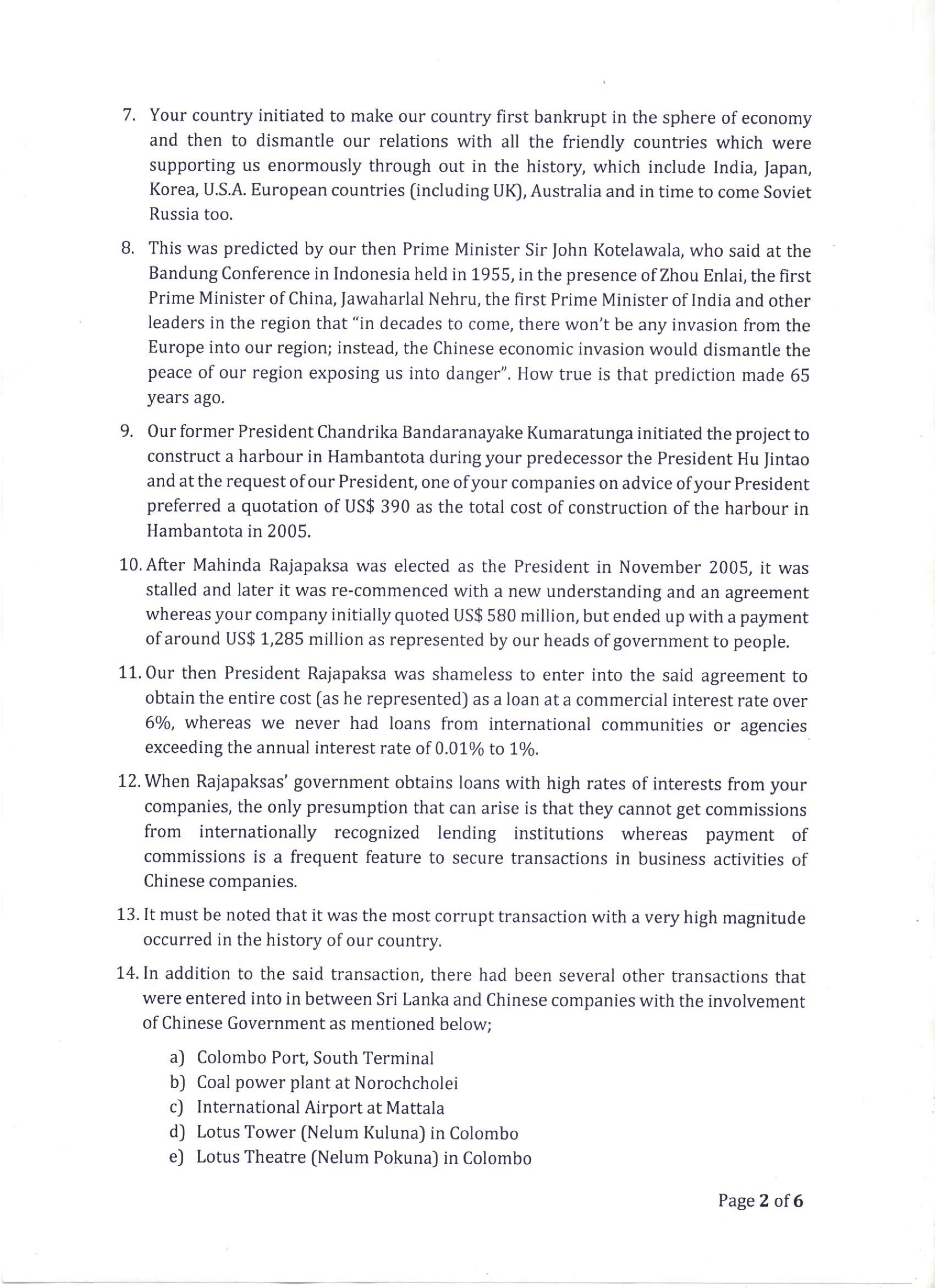 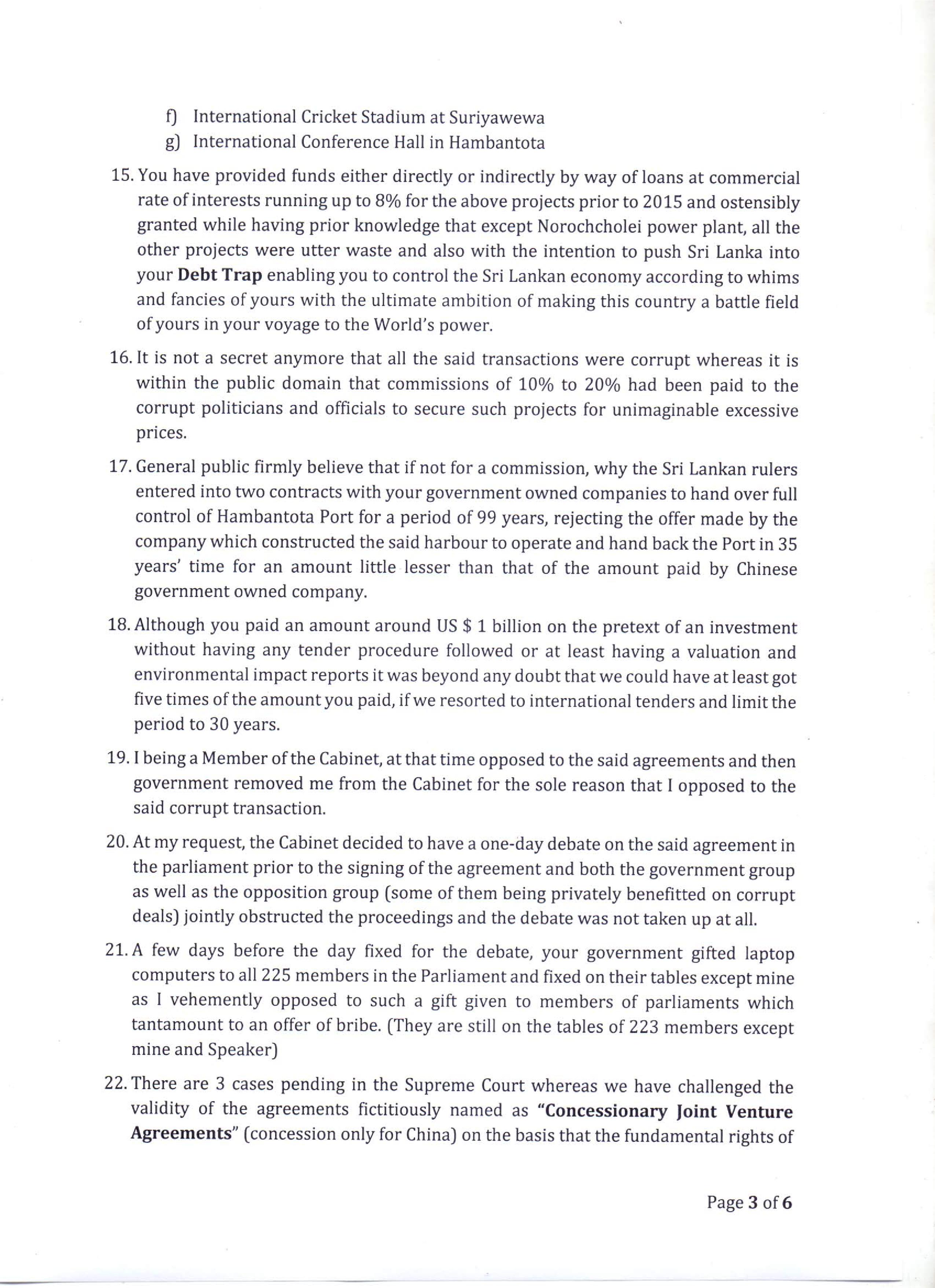 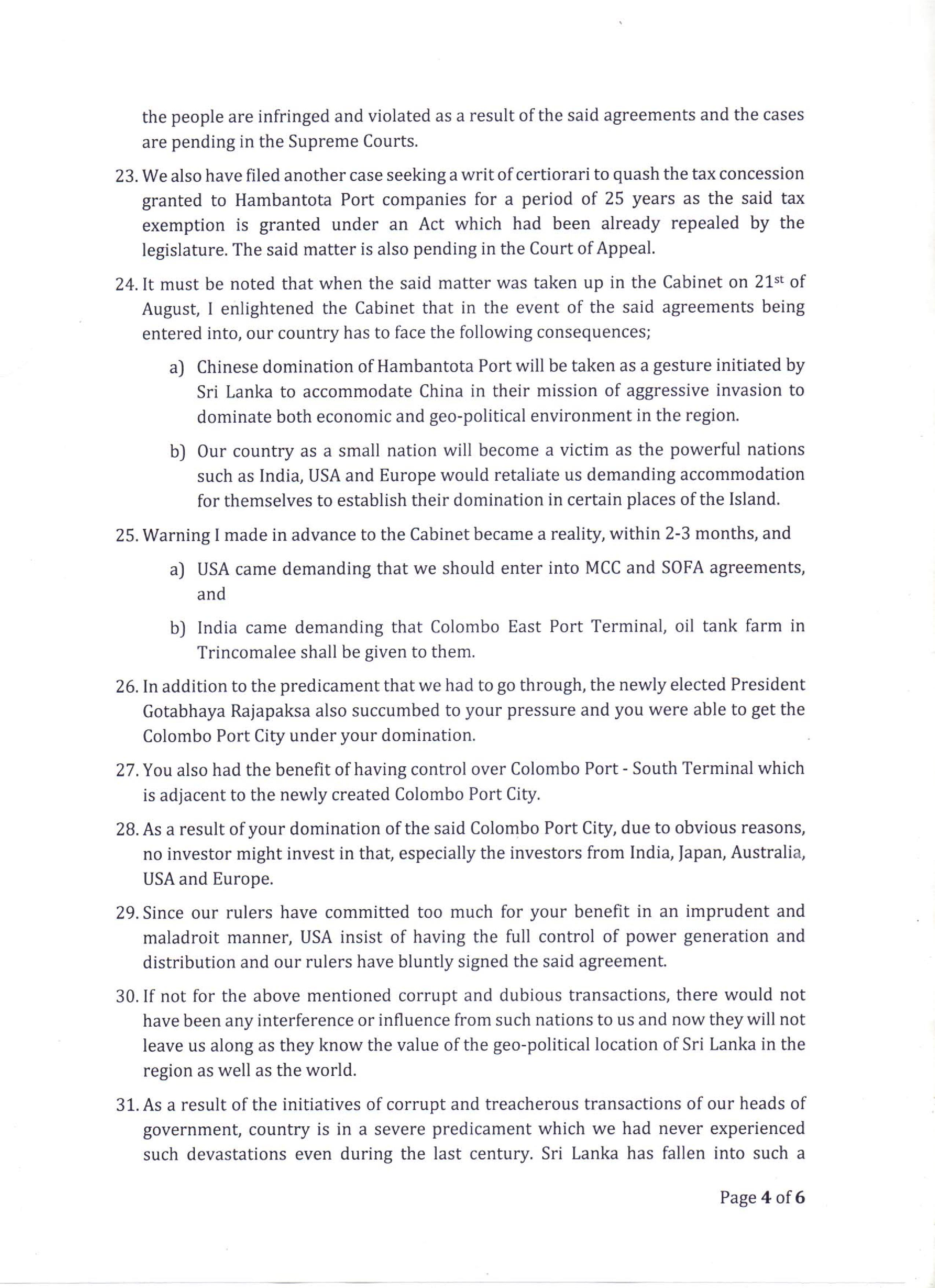 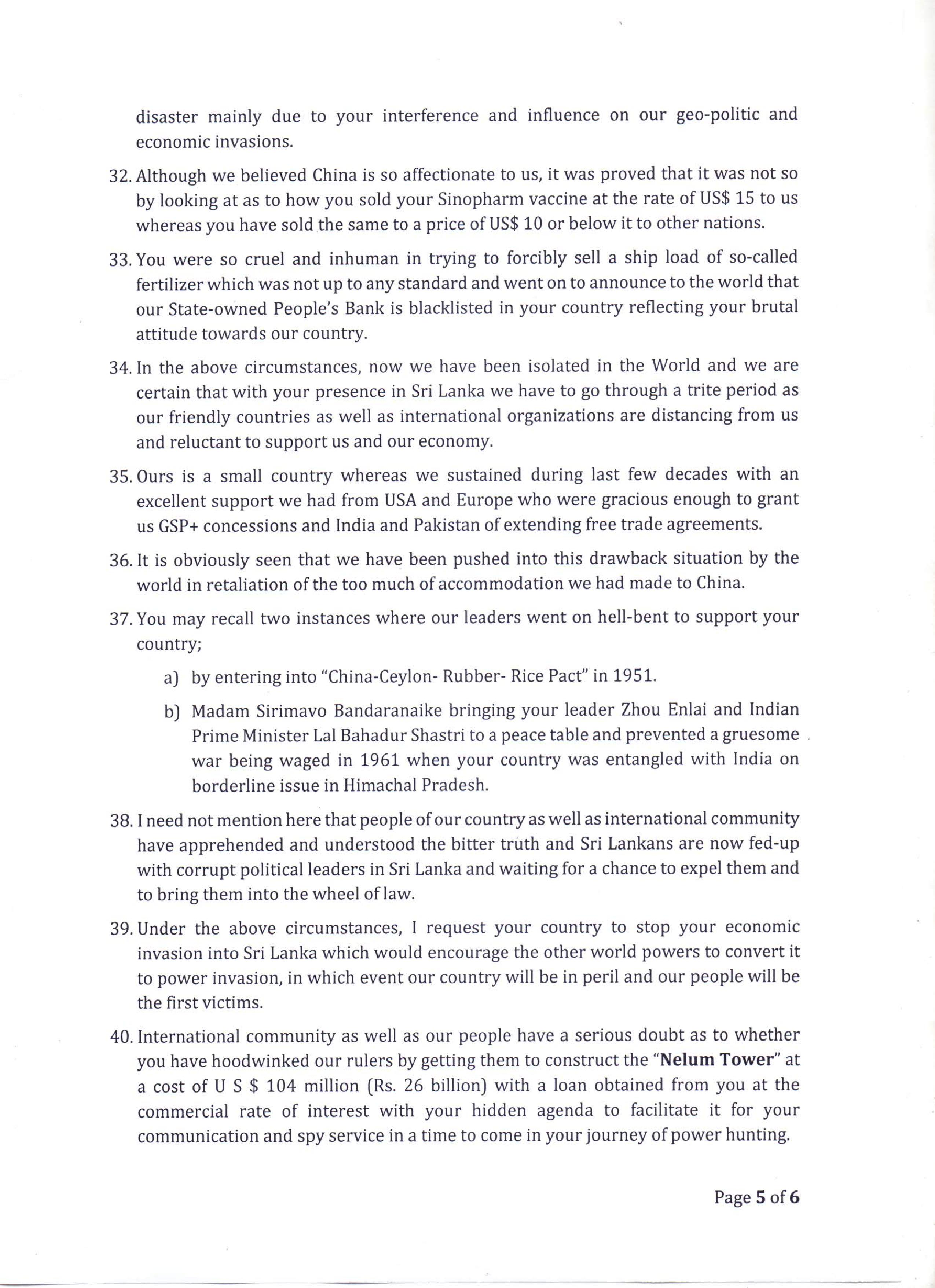 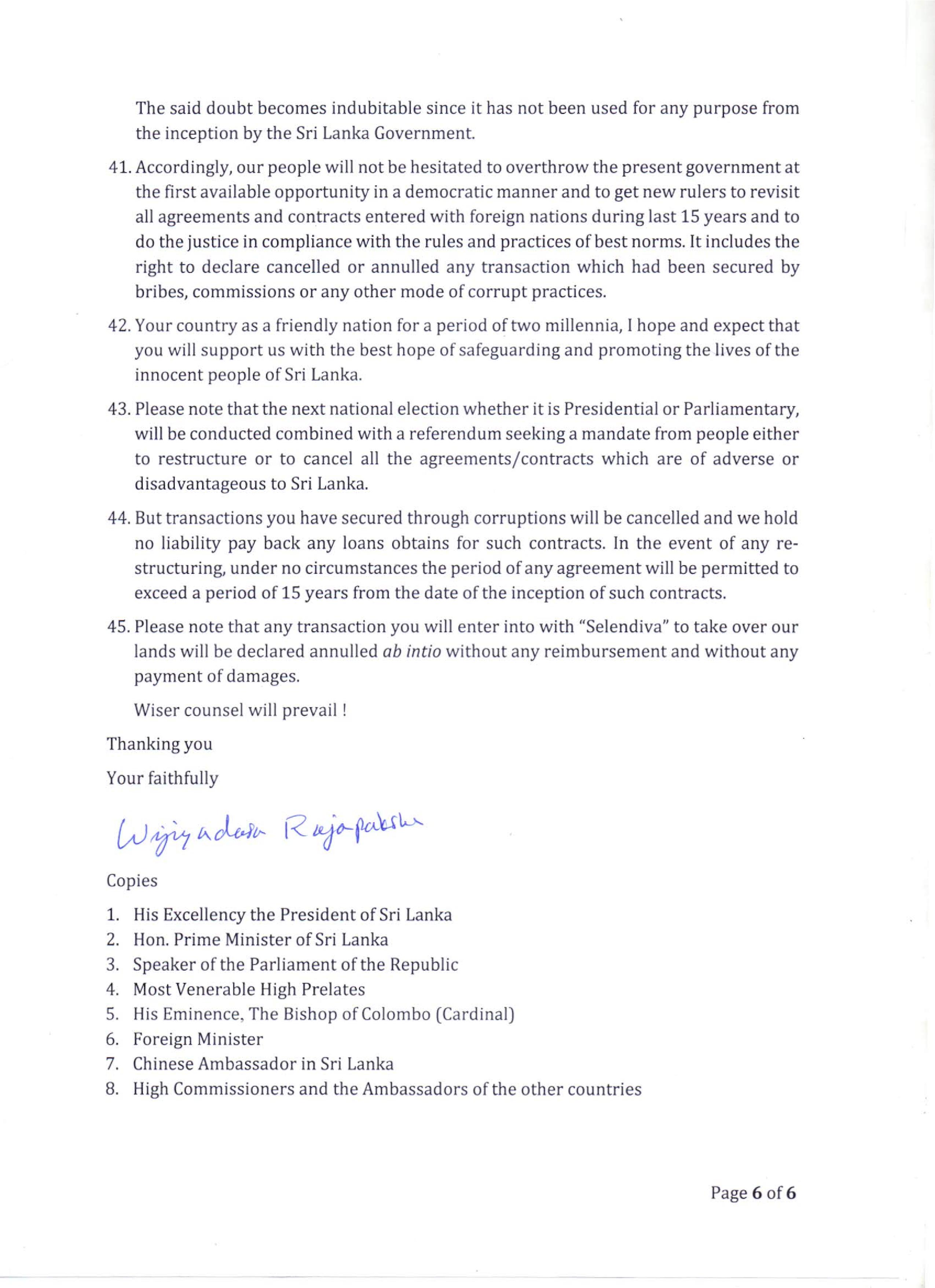