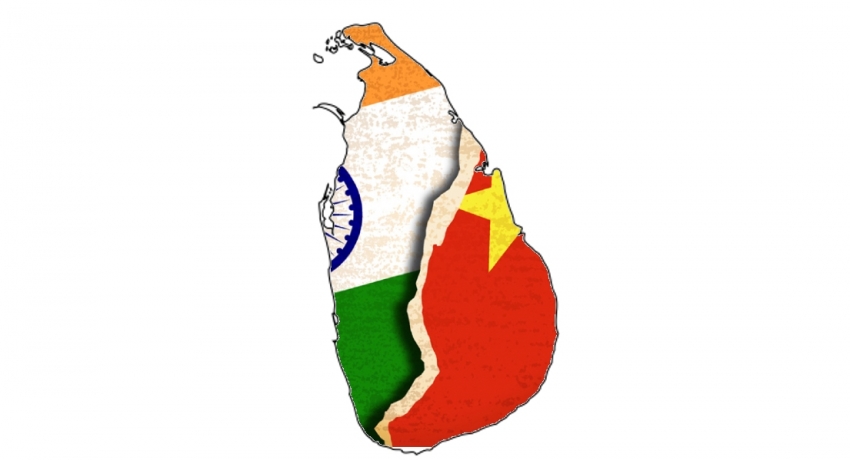 COLOMBO (News 1st); Both countries China and India are focusing on two unique projects in the Northern Province which are both located in the Northern part of Sri Lanka.

The Jaffna, Point Pedro Fisheries Harbor is one such project, while the other project is the Renewable Energy Project in the Kawdarimunai area in Kilinochchi, where a Chinese sea urchin project is already underway.

This is a fishery harbor that is currently being used by fishermen.

During his recent visit to Jaffna, Chinese Ambassador to Sri Lanka Qi Zhenhong expressed his interest in the area, flew a drone and observed the area as well.

Although the Point Pedro Port Development Project was launched in August 2019 with the financial assistance of the Asian Development Bank of Rs. 12,600 million, it has since been halted.

Fisheries Minister Douglas Devananda said in Kilinochchi on Tuesday (28) that while the Asian Development Bank has halted the project, resumed discussions have made the ADB express interest in the project and have agreed to fund the project, in addition to the two countries India and China, and several other investors, who are ready to invest in this project.

However, the Minister said that Sri Lanka’s priority is the Asian Development Bank, as the development project is not simply just the Port, but also includes a proposed number of  other related projects in the Northern Province, such as several jetties related to aquaculture.

When inquired whether the Minister’s choice lies with India or China to enter into an agreement, Minister Devananda stated that the Asian Development Bank will the priority of the country, however, region-wise, the priority would lie with India.

Kawtharimunai is located in the Poonaryn Divisional Secretariat in the Kilinochchi District.

A gazette notification was issued on April 17, 2014 for the acquisition of lands in this regard.

The Sustainable Energy Authority had written to the Poonaryn Divisional Secretariat on November 10th requesting that two Indian nationals be allowed to visit the area for official purposes.

However, the Chinese-Sri Lankan sea urchin breeding project is located close to the proposed site of the Kawdarimunai Coastal Wind Power Plant.

The parent company of this project is located in Ariyalai, Jaffna, same place where the Chinese Ambassador to Sri Lanka Qi Zhenhong recently visited.

The distance from Ariyala in Jaffna to Kawtharimunai in Kilinochchi is only 6 nautical miles.

The Minister of Fisheries, Douglas Devananda, speaking of the Kawtharimunai Renewable Energy Project, stated that Sri Lanka currently does not have the necessary funds for the development work, and when other countries come forward, Sri Lanka can accept whoever comes forward to invest as long as it does not harm the people and the country.

While China and India are thus competing for new projects, they have already acquired administrative powers in a number of economic hubs in Sri Lanka as well.

A Chinese company currently owns the majority of the high-profit business segment in the Hambantota Port.

China also owns a majority stake in the Colombo South Port and the neighboring Port City, which is also a Chinese project.

Business Magnate Adani, of India now owns a majority stake in the Western Terminal of the Port of Colombo, which is located close to the Port City and the Colombo South Port.

Meanwhile, Energy Minister Udaya Gammanpila had spoken to ‘The Hindu’ newspaper in India that an agreement would be reached with India within a month for the Trincomalee oil tank complex project.

The Indian Oil Company already owns 15 of the 99 tanks built by the British and the agreement will decide on the remaining tanks.

This oil tank complex is located close to the Trincomalee Port as well.

Accordingly, India and China have already occupied a number of strategically important coastal locations in the country, in the context of directing their attention towards many other places of special importance in Sri Lanka.