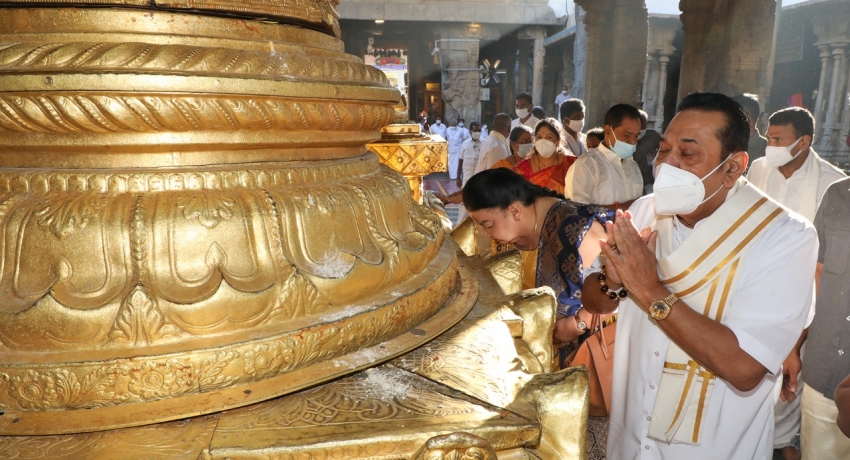 Rajapaksa accompanied by his wife Shiranthi flew to India on Thursday (23) afternoon on a more than 24-hour long spiritual journey to the hills, a temple official said, according to India media.

After an overnight stay at a heavily guarded guest house on the hills, the Lankan Prime Minister, clad in traditional attire visited the shrine at the crack of dawn and paid his obeisance to the presiding deity of Lord Venkateswara, a temple official told PTI.

Rajapaksa also made an offering in the ‘hundi’ (offering box) at the shrine.

Earlier, upon arrival at the ‘Mahadwaram’ of the shrine, Rajapaksa was accorded a grand traditional reception by Vedic priests along with top functionaries of the shrine, the official said.

After worship, the high priests of the shrine, amid chanting of Vedic hymns, bestowed blessings upon the Rajapaksa couple at the sprawling Sri Ranganayaka Mandapam at the hill shrine, the official said. 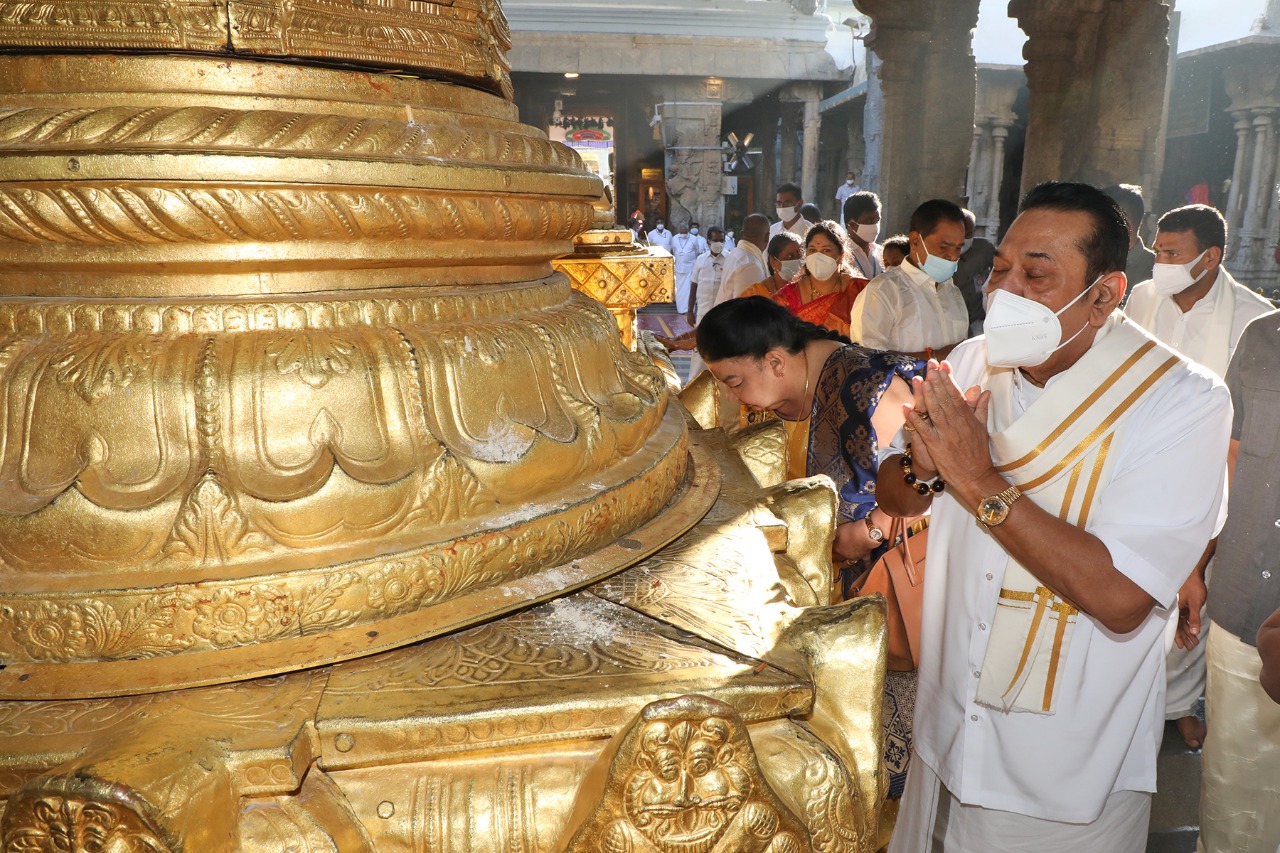 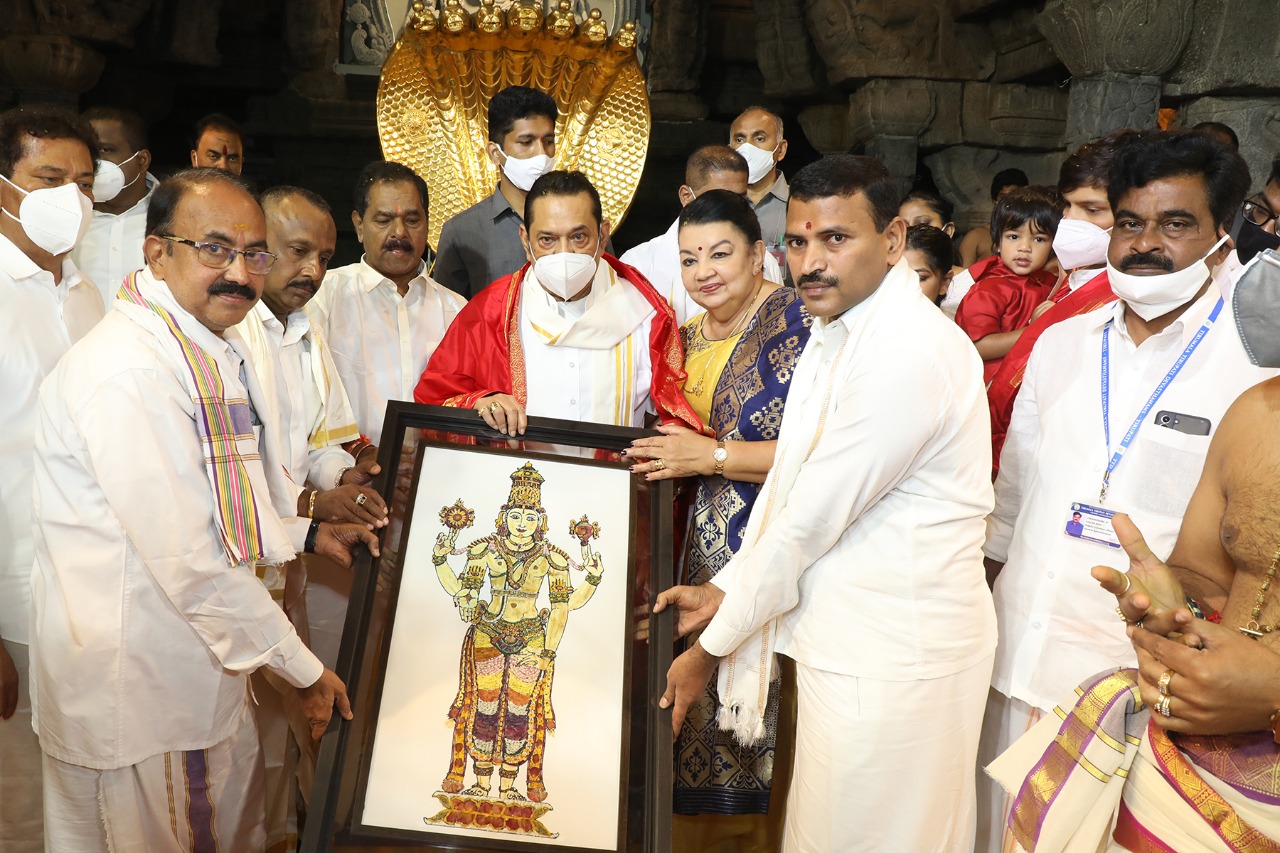 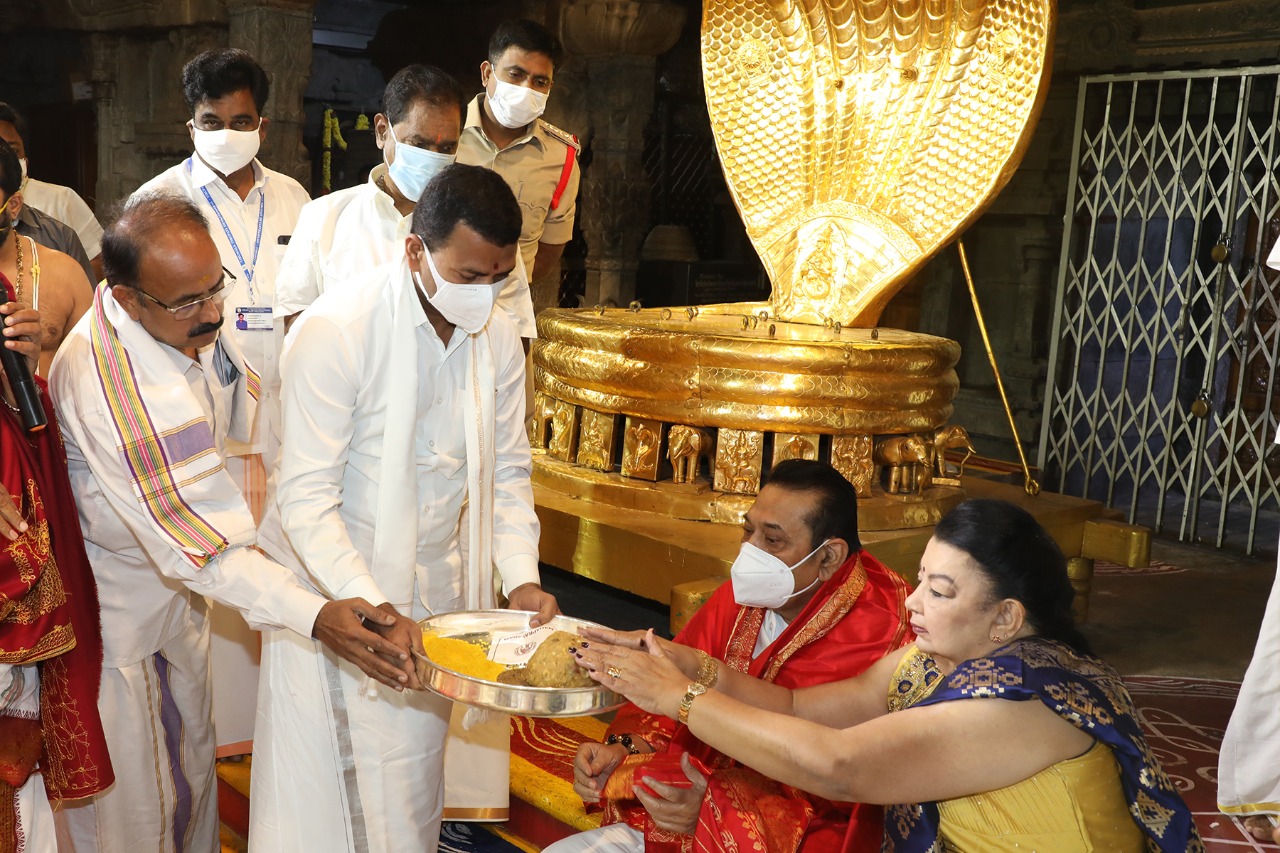 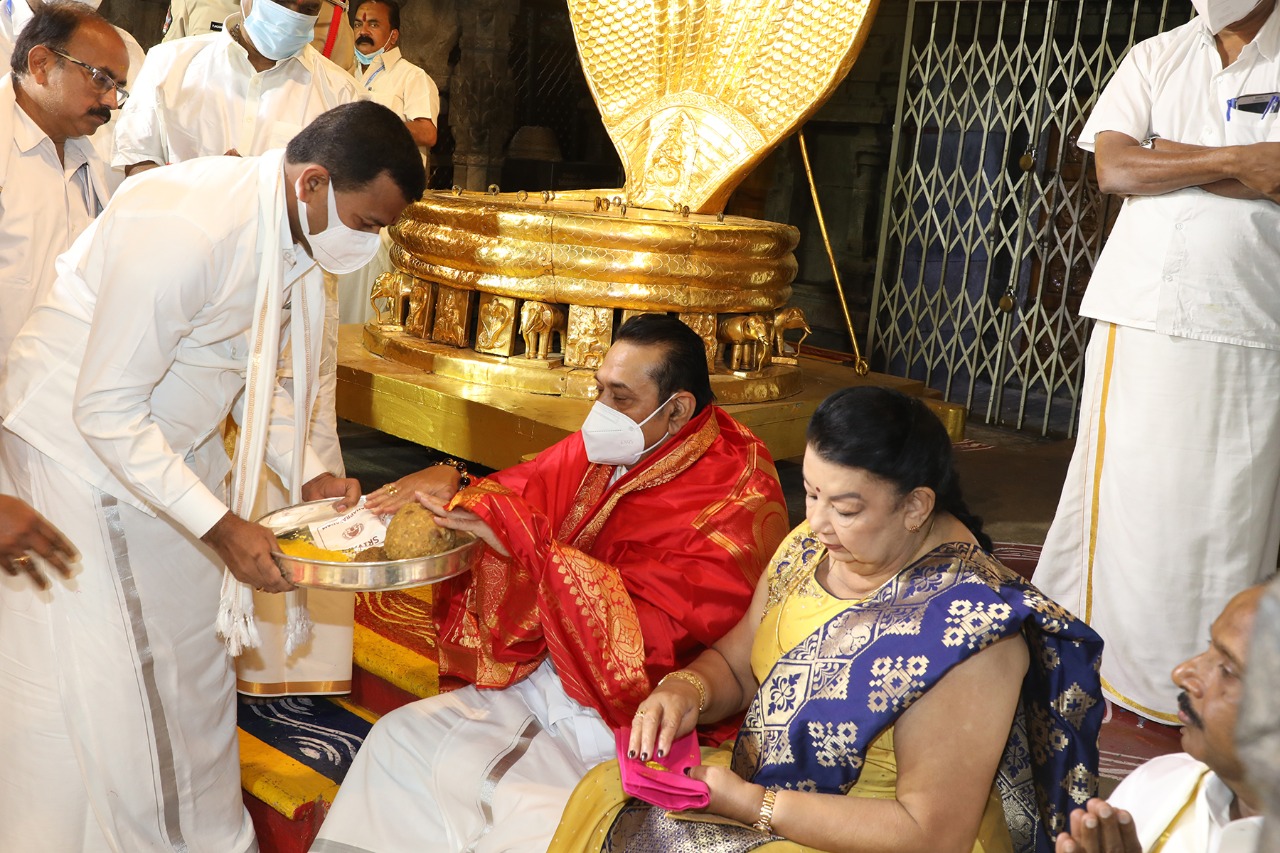