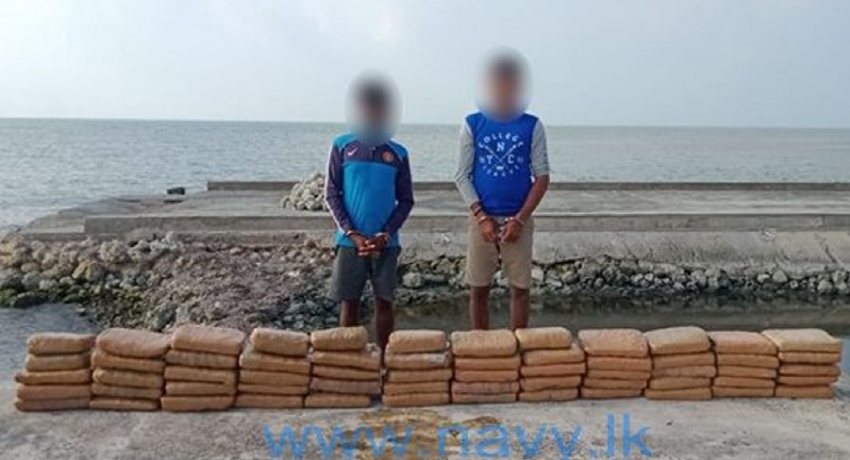 COLOMBO (News 1st); A special operation mounted by the Navy in the seas off Kovilan Lighthouse, Jaffna on the night of 23rd December led to the seizure of over 355kg and 162kg stocks of Kerala cannabis with 02 suspects in two separate occasions.

In an operation in the seas off Kovilan Lighthouse on the night of 23rd December, the Inshore Patrol Craft P 157 and 177 attached to the Northern Naval Command took hold of 10 suspicious sacks containing 160 parcels adrift in waters.

The sacks, weighing about 355kg and 350g (with wet weight) of Kerala cannabis which were taken into naval custody. It is believed that the smugglers might have abandoned these sacks containing Kerala cannabis, failing to bring them ashore, due to naval operations in the area.

During further search in the area, a suspicious dinghy was intercepted as it was attempting to evade the scene by throwing some sacks overboard, avoiding a search attempt by the Navy. Incidentally, the dinghy and 02 suspects aboard were held by the Navy. A subsequent search conducted in the sea area made way to the recovery of 03 more sacks containing 60 parcels thrown into the sea, suspected to be by the apprehended dinghy. The sacks contained about 162kg and 400g (with wet weight) of Kerala cannabis.

The suspects arrested were recognized as residents of Kodikamam and Mirusuvil in Jaffna, aged 26 and 31. The suspects together with the 162kg and 400g stock of Kerala cannabis, suspected to be thrown overboard by them, handed over to the Kayts Police for onward legal proceedings.

Meanwhile the 355kg and 350g stock of Kerala cannabis found while adrift at sea, was set on fire under the supervision of Navy Provost. 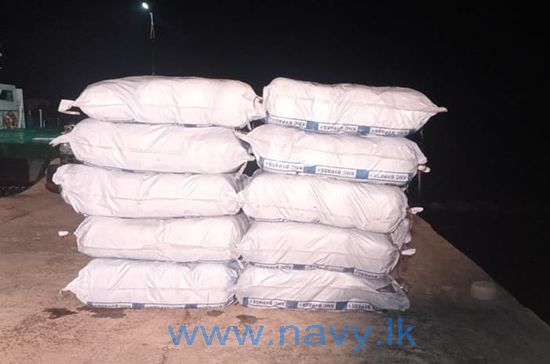 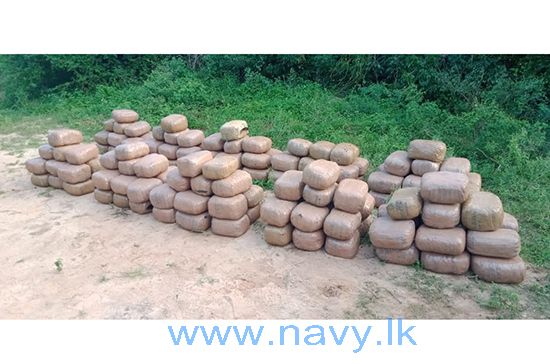 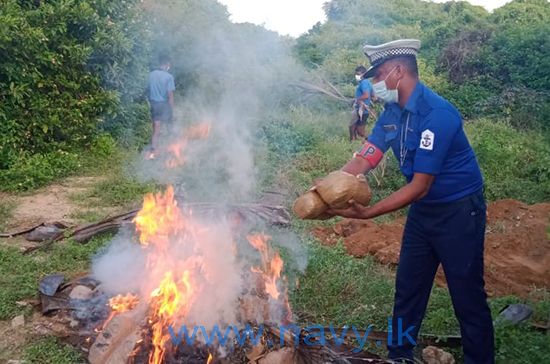 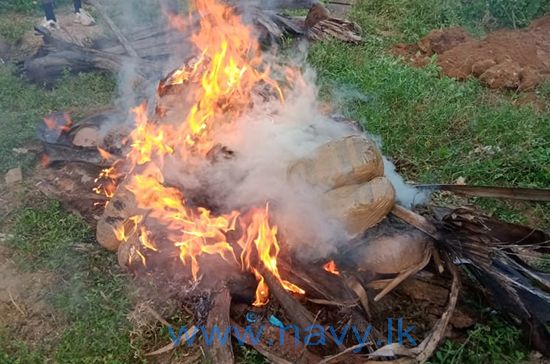 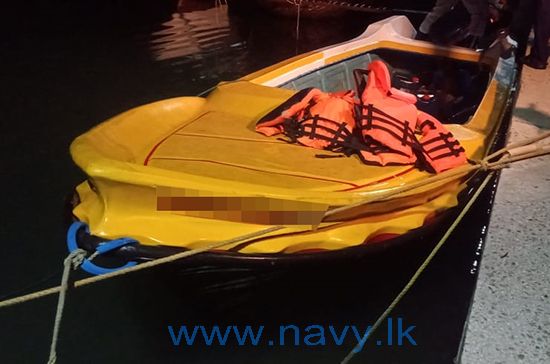 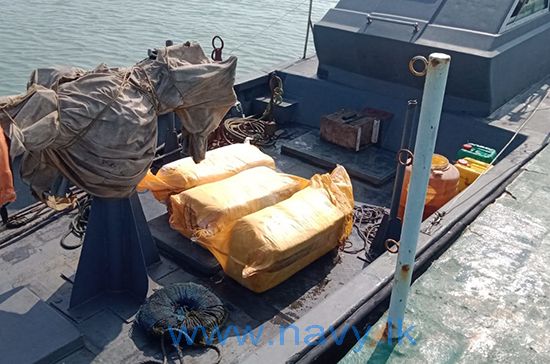 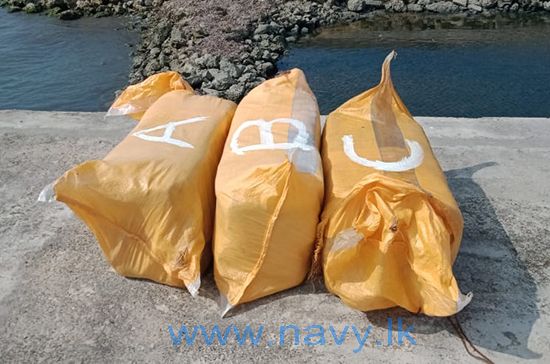 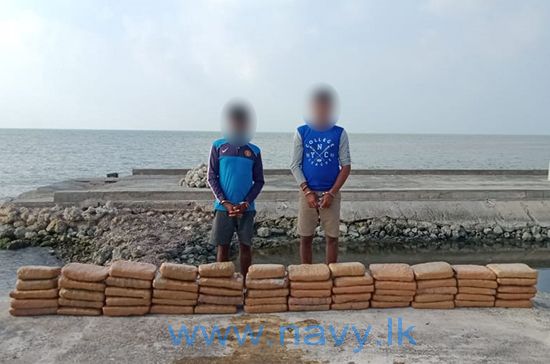