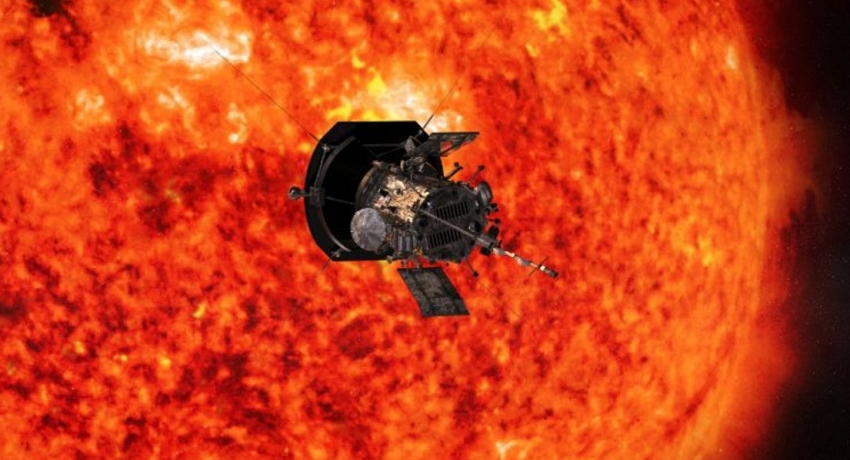 (News 1st); For the first time in history, a spacecraft has touched the Sun. NASA’s Parker Solar Probe has now flown through the Sun’s upper atmosphere, the corona and had sampled particles and magnetic fields there.

The new milestone marks one major step for Parker Solar Probe and one giant leap for solar science. Just as landing on the Moon allowed scientists to understand how it was formed, touching the very stuff the Sun is made of will help scientists uncover critical information about our closest star and its influence on the solar system.

“Parker Solar Probe “touching the Sun” is a monumental moment for solar science and a truly remarkable feat,” said Thomas Zurbuchen, the associate administrator for the Science Mission Directorate at NASA Headquarters in Washington. “Not only does this milestone provide us with deeper insights into our Sun’s evolution and it’s impacts on our solar system, but everything we learn about our own star also teaches us more about stars in the rest of the universe.”

As it circles closer to the solar surface, Parker is making new discoveries that other spacecraft were too far away to see, including from within the solar wind – the flow of particles from the Sun that can influence us at Earth. In 2019, Parker discovered that magnetic zig-zag structures in the solar wind, called switchbacks, are plentiful close to the Sun. But how and where they form remained a mystery. Halving the distance to the Sun since then, Parker Solar Probe has now passed close enough to identify one place where they originate: the solar surface.

The first passage through the corona – and the promise of more flybys to come – will continue to provide data on phenomena that are impossible to study from afar.

“Flying so close to the Sun, Parker Solar Probe now senses conditions in the magnetically dominated layer of the solar atmosphere – the corona – that we never could before,” said Nour Raouafi, the Parker project scientist at the Johns Hopkins Applied Physics Laboratory in Laurel, Maryland. “We see evidence of being in the corona in magnetic field data, solar wind data, and visually in images. We can actually see the spacecraft flying through coronal structures that can be observed during a total solar eclipse.”