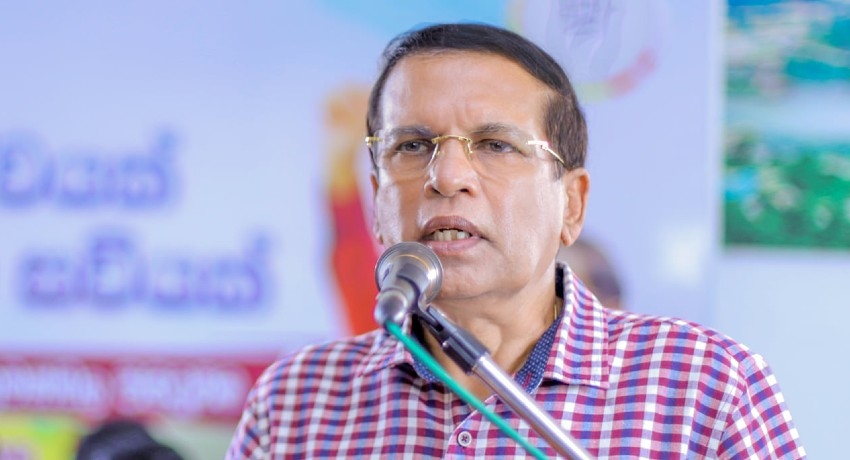 COLOMBO (News 1st); Former President Maithripala Sirisena has said that Sri Lanka should not pay a single cent to the Chinese with regard to the rejected fertilizer consignment.

He told reporters on Wednesday (15) that the people’s money cannot be given in such a manner, at a time when the country is facing serious shortages in food, currency, etc.

“We are against the payment of a single cent to the Chinese,” said Maithripala Sirisena, the Chairman of the Sri Lanka Freedom Party.

“The fertilizer may have been inspected by Ministers, MPs, and experts with a visit to China, before placing the order. They need to be punished,” stressed the Former President.

The Former President’s comments came a day after the Sri Lankan government on the advice of the Attorney General’s Department decided to pay US $ 6.7 million to the Chinese fertilizer producer Qingdao Seawin Biotech Group Co Ltd for the rejected organic fertilizer shipment.

Mahindananda Aluthgamage, Minister of Agriculture said the company has been instructed to re-produce the fertilizer stock in accordance with the standards of the Sri Lanka Standards Institution.

The Sri Lankan government rejected the organic fertilizer shipment from Qingdao Seawin Biotech after tests confirmed that the stock of fertilizer contained hazardous bacteria on two occasions and denied entry to the ship carrying the 20,000 metric tons of rejected organic fertilizer.

The fertilizer ship, which had been sailing around the island for a long time, left Sri Lankan waters on the 4th of December after the company has launched an international arbitration procedure.