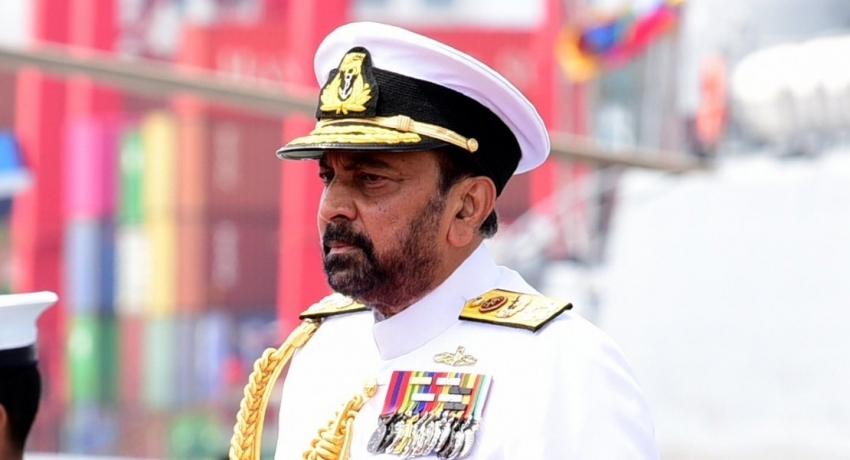 COLOMBO (News 1st); Admiral of the Fleet Wasantha Karannagoda was appointed as the new Governor of the North-Western Province by the President on Thursday (9).

Admiral of the Fleet Wasantha Karannagoda assumed Command of the Sri Lanka Navy on 1st September 2005.

In the 59-year history of the Sri Lanka Navy, he is the only officer to be considered to the highest seat of the Commander of the Navy straight from a Naval Area Command.

He has commanded the four Operational Naval Commands on seven occasions – Northern, Eastern and Western Commands twice each and North Central once, for a total period spanning six years.
He has aptly displayed his administrative skills as a Area Commander and won the administration and accolades of the ‘Naval Family’ for his ardent desire to boost up the infrastructure and living standards by successfully completing the projects with Naval resources and saving considerable sums of money.

Admiral Karannagoda was promoted to his present rank of Admiral by Mahinda Rajapaksa in appreciation of his contributions to win the battle against LTTE Terrorism and being the key personality behind the country’s Naval Strategy.

In the annals of its illustrious history spanning well over 59 years, Admiral Karannagoda has become the first ever Commander of the Sri Lanka Navy to hold the prestigious four star rank while in the active Naval service.