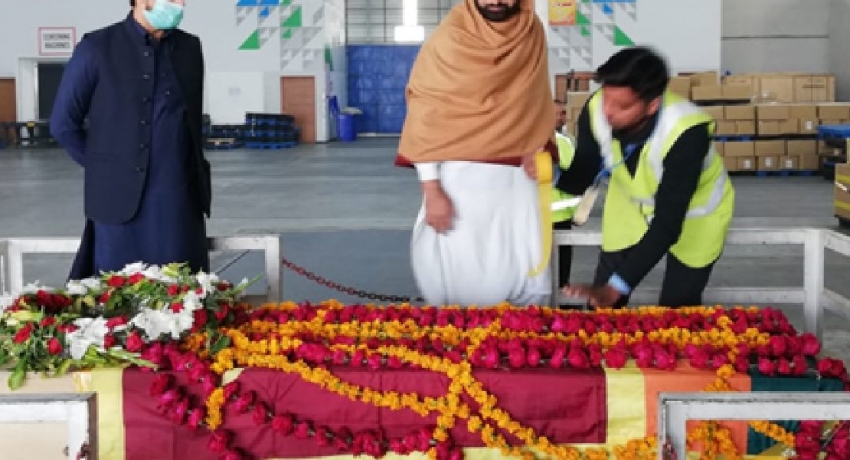 The human remains of Sri Lankan factory manager Priyantha Kumara, who was lynched by a mob in Sialkot last week, were repatriated to Sri Lanka from Lahore’s Allama Iqbal International Airport on Monday.

The body was brought to the airport in an ambulance where Punjab Minister for Minority Affairs Ejaz Alam Augustine received it and dispatched it via a Sri Lankan Airlines flight with state honours.

Speaking to reporters at the airport, Ashrafi said the whole nation would have to unite to eradicate extremism the way it had eliminated terrorism from the country.

“Today is a day of grief but we promise that the killers of Priyantha Kumara will be brought to justice,” he said.

The Punjab police on Monday announced the arrest of seven more of the prime suspects allegedly involved in the lynching of 49-year-old Kumara, taking the total number of arrests to 131.

Over the past three days, the police have arrested scores. The suspects included the individual allegedly involved in planning the attack as well as others who waged violence and incited others.

The police added that out of the 131 people arrested, 26 played a “central role” in the brutal killing.