COLOMBO (News 1st); A special operation mounted by the Navy in the seas off Madagal, Jaffna on Monday (06th December 2021) led to the seizure of about 275kg (with wet weight) of Kerala cannabis.
The Navy also managed to nab 02 suspects in connection to the incident during this operation.

The Navy has been vigilant and conducting operations with a view to curbing a wide range of illegal activities including smuggling of drugs, stemming from sea routes.

In a similar operation, SLNS Ranadheera attached to the Northern Naval Command spotted a suspicious dinghy in seas off Madagal this morning.

As the dinghy was about to be searched by the Navy it attempted to escape from the scene, where the Inshore Patrol Craft P 055 attached to the Northern Naval Command intercepted the dinghy on a fleeing attempt, with 02 suspects aboard.

During further search in the sea area, the Navy managed to recover 07 sacks which contained 110 packages of Kerala cannabis, adrift in seas.

It is further believed that the suspects might have thrown overboard these sacks containing Kerala cannabis, failing to bring them ashore, due to naval operations in the area.

The operation was conducted adhering to COVID-19 protocols and the suspects held in it were recognized as residents of Madagal, aged 25 and 37.

The suspects together with the stock of Kerala cannabis and the dinghy were handed over to the Ilavalai Police for onward legal action. 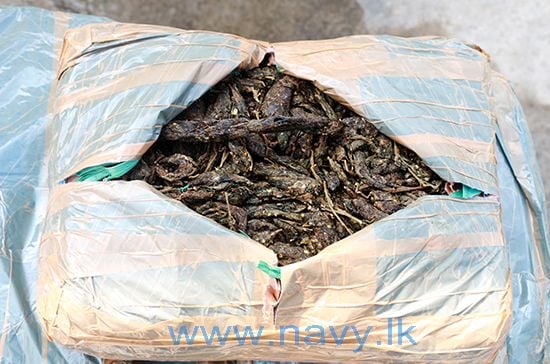 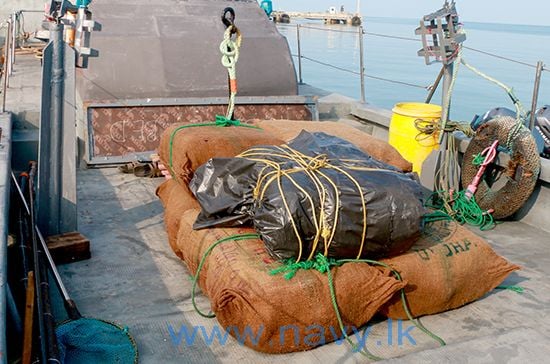 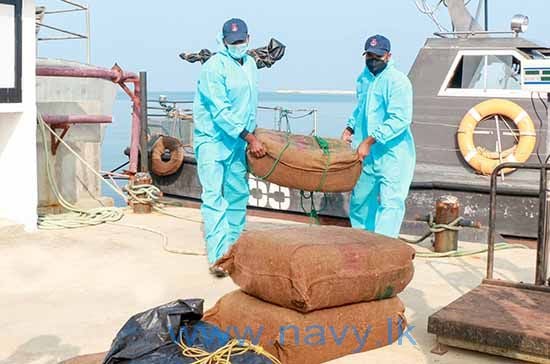 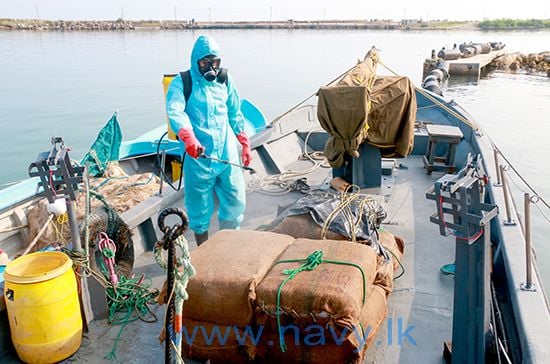 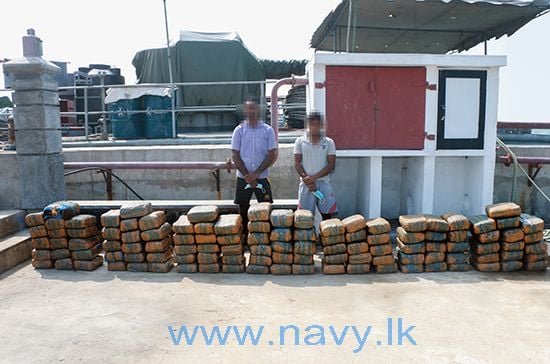 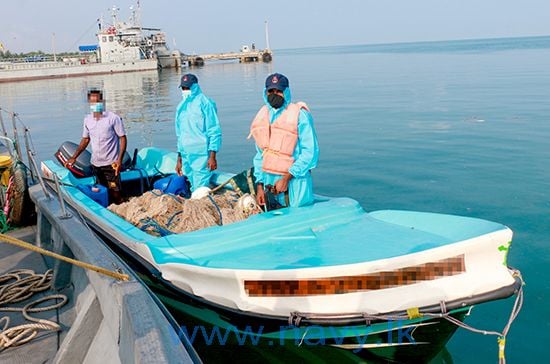