COLOMBO (News 1st); 29 domestic gas cylinder related accidents have been reported to News 1st over the past 48 hours, however, questions with regard to the reason as to why such incidents continue to occur, and the progress on probes launched into the matter remain unanswered.

13 such incidents were reported on Thursday (02) alone from multiple areas of the island.

A gas stove in Kaariyamadiththa falling under the purview of the Middeniya Police jurisdiction exploded Thursday (2) morning, however no injuries were reported. A similar incident was reported on Wednesday (1) evening from a residence in Ethanamadala along the Prison Road in the Kalutara North Police jurisdiction.

A resident, speaking to News 1st, stated that the people feel as if they have purchased a death sentence, and no one is taking responsibility with regard to these matters.

Pointing out that their stove was not even switched on, the resident said that no steps have been taken to resolve the issue as well.

Meanwhile, a gas cylinder explosion at a house in the Egoda Melagama area along the Moronthuduwa road falling under the purview of the Wadduwa Police jurisdiction was reported (02). A resident, speaking to News 1st, stated that luckily, they were able to take their child to the living room, as if not they would have been badly hurt.

Furthermore, incidents of the same nature took place at houses in Kirimatiyagaara area in Mahara, Kosowita, Veyangoda and Pallewela.

The gas cooker at a house along the C.W.W Kannangara mawatha in Ramdabe Ambalangoda had exploded while meals were being cooked, recently.

Another gas explosion was reported from hotel in the Gonapeenuwala police jurisdiction, while a gas leak at a house in Agbopura, Kantale had resulted in the gas cooker exploding. This incident had occurred last night, with no one being injured.

Yet another incident was reported from a house in Wilgamvehera, Trincomalee last night and a house in Tissa Mawatha, Anuradhapura experienced the same.

A resident, speaking to News 1st, stated that as soon as they walked close to the gas stove, it exploded although they did not lay a finger on it.

“Shards of glass were strewn across my body,” she added.

Another gas cooker had exploded at around 7:00 p.m. last night in the Mannar junction area in the Mahawilachchiya Divisional Secretariat and another gas stove exploded in Munnakkare, Negombo today (02).

Different views are being expressed about the cause of these accidents related to gas, and one such reason is the change of pressure caused by changes in the gas composition.

When News 1st inquired into the matter, the Director (Trade & Sales) of the Litro Gas company, Janaka Pathirathne stated that the engineers have to be interrogated regarding this matter, as he has no information in this regard.

The pressure in the 37.5 kg Litro and Laugfs gas cylinders also depicted a pressure of over 6 bar.

However, questions remain as to whether the change in pressure level prompted the recent explosions, and the reason for the lack of attention of the authorities regarding this issue.

What happened to the report of the Ceylon Petroleum Corporation?

Speaking to News 1st, the Deputy Refinery Manager of the Ceylon Petroleum Corporation, K.G.H. Kodagoda stated that it was the Consumer Affairs Authority that submitted samples for the tests, and the CPC issues the results only to the entity that submitted the samples, and stated that the relevant results have been submitted already.

However, when inquired of the standard, the Deputy Refinery Manager stated that there is no composition in the standard. 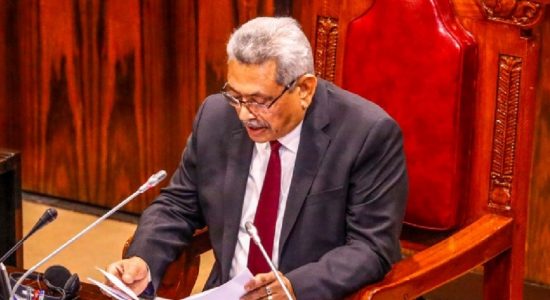