He had communicated his decision to leave the UNP to the Leader, Secretary, Deputy Leader, and the Assistant Leader of the United National Party.

In the letter, Arjuna Ranatunga said that he decided to join the United National Front during the 2015 Presidential Election in order to make a change for the common good.

He said as the first step towards this objective he contested the 2015 Presidential Election and secured the highest number of votes from the Gampaha District.

In his letter to Party Leader Ranil Wickremesinghe, Arjuna Ranatunga said that when many left the party in 2020, he remained with the UNP in order to protect the UNP.

He said in 2020 the UNP suffered a massive loss, and what is required is to prepare a program to overcome the present and future challenges.

However, as there seems to be no such preparation there appears to be no purpose in remaining with the party, he said. 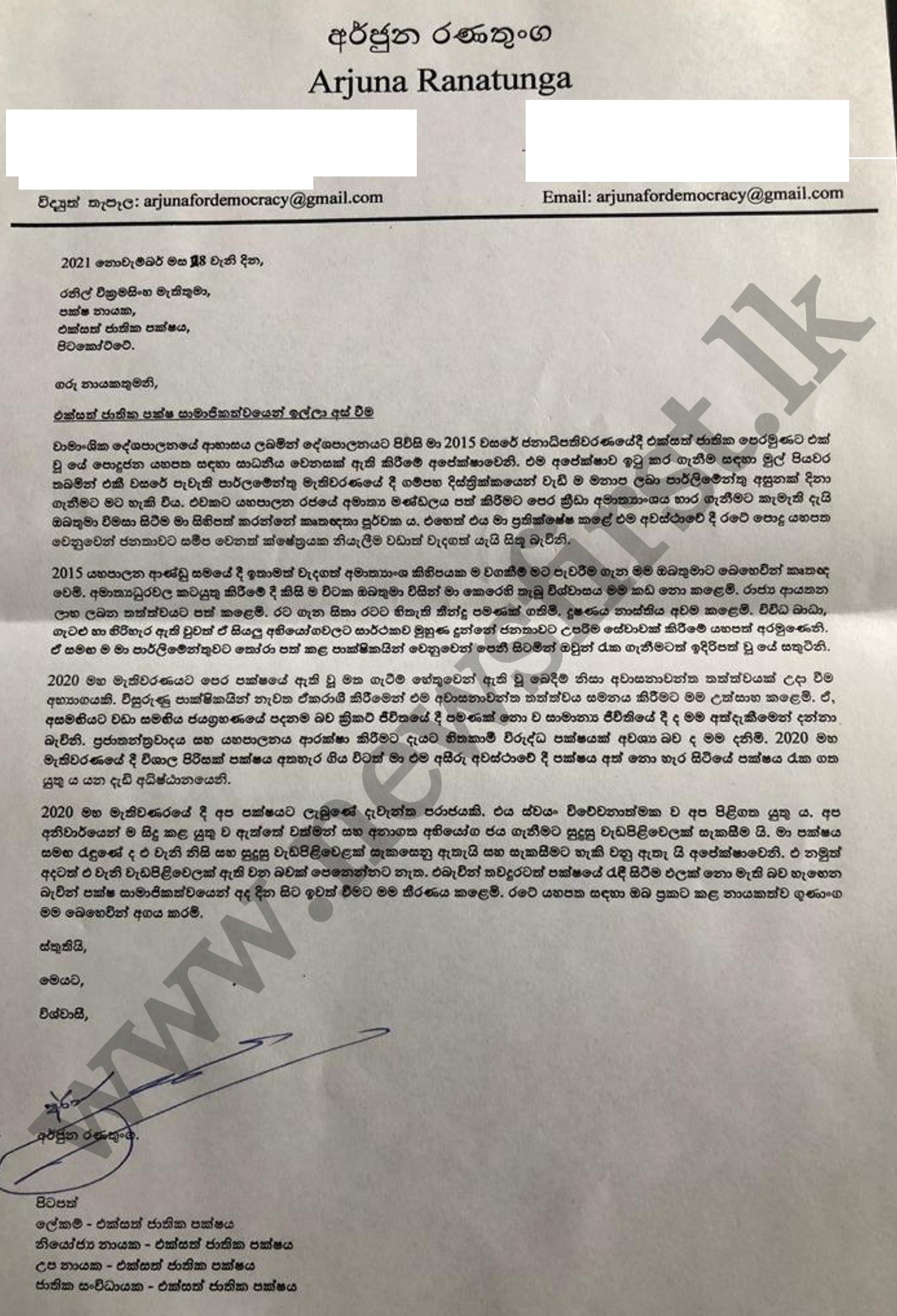