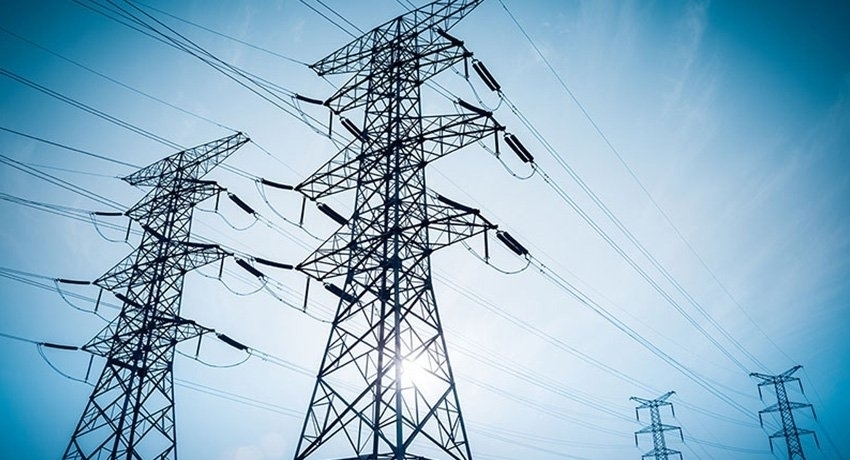 COLOMBO (News 1st); The Ceylon Electricity Board Engineers Union announced that it would commence a Work To Rule campaign with effect from 12 noon on Thursday (25).

A statement noted that the campaign will take place citing several demands and CEB Engineers will only report to work from 08:30 AM to 4:15 AM.

The CEB Engineers union state that the ‘Work to Rule’ campaign will take place from 12:00 p.m. today (25) until the below demands are met;

1. Proceeding with the New Fortress Energy LNG deal
2. Not to stop the ongoing transparent tender procedure by CEB for LNG employment
3. To cease the attempts of unbundling the CEB
4. To cease proposed amendments for the Board Act No. 17 of 1969
5. To prevent politicization of the post of the General Manager of the CEB
6. To stop transfers of Senior Management positions

Accordingly, the engineers union states that the members of the union will only work dring the normal office hours during the working days, and this campaign could lead to intermittent and prolonged recovery of power outages.

However, they noted that members will attend to emergency situations/breakdowns even after normal working hours only during the Level 1 of the Work-to-Rule campaign.

Meanwhile, the unions state that maximum efforts will be taken to minimize the effect of the campaign to places such as hospitals and those of importance to National Security.

Moreover, the CEB Engineers union states that the Ministry and the Government should take full responsibility of the possible difficulties faced by the general public due to the trade union campaign. 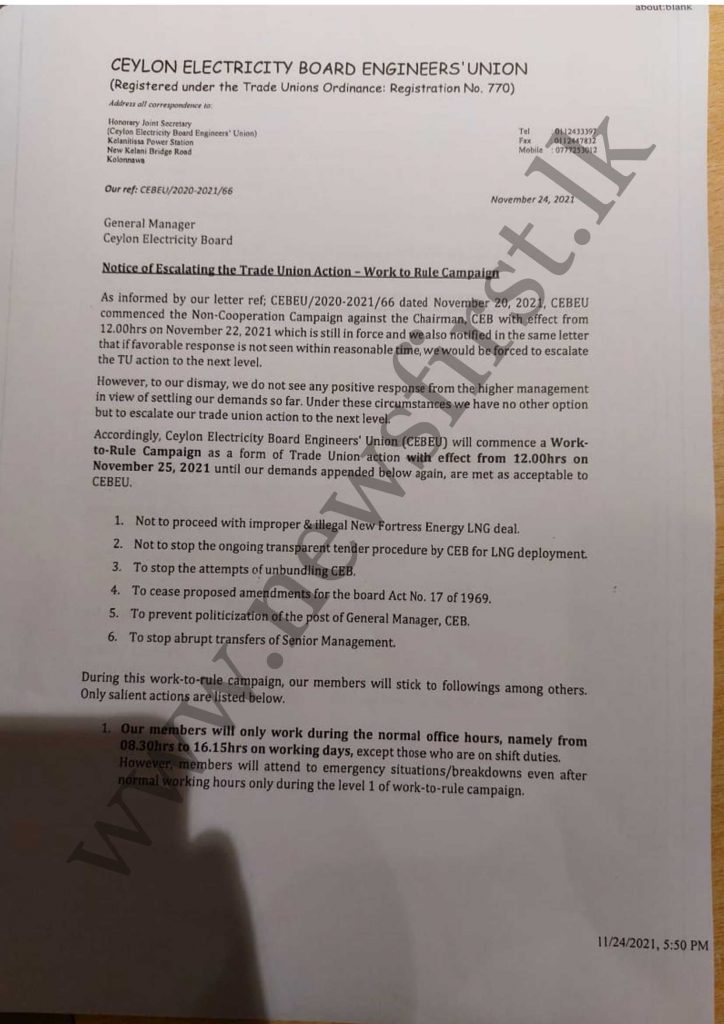 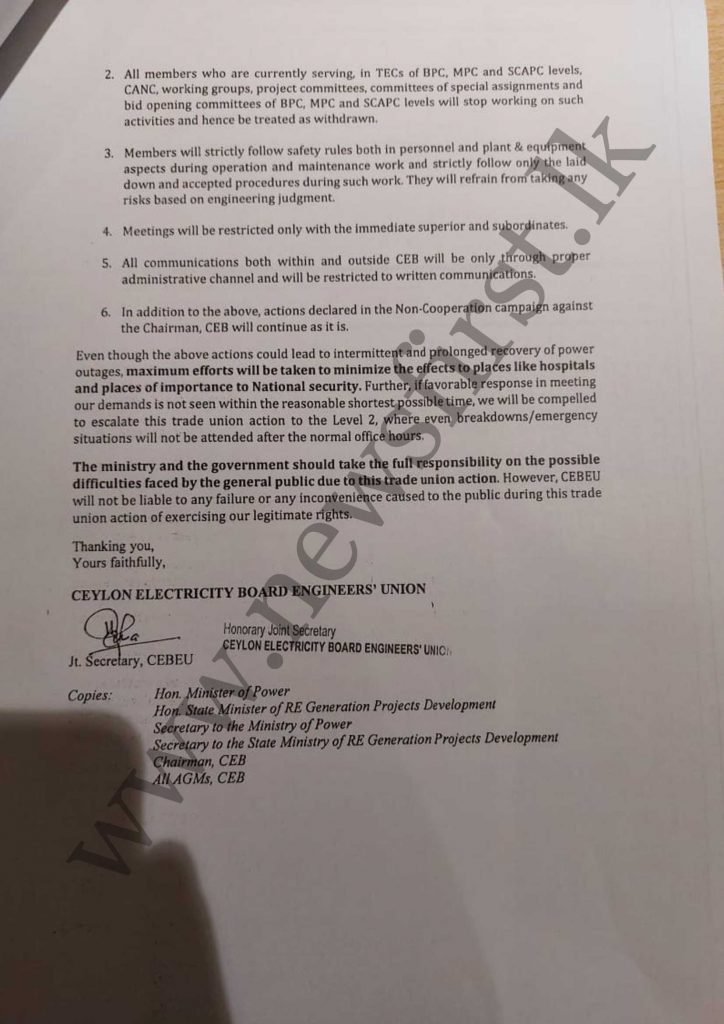