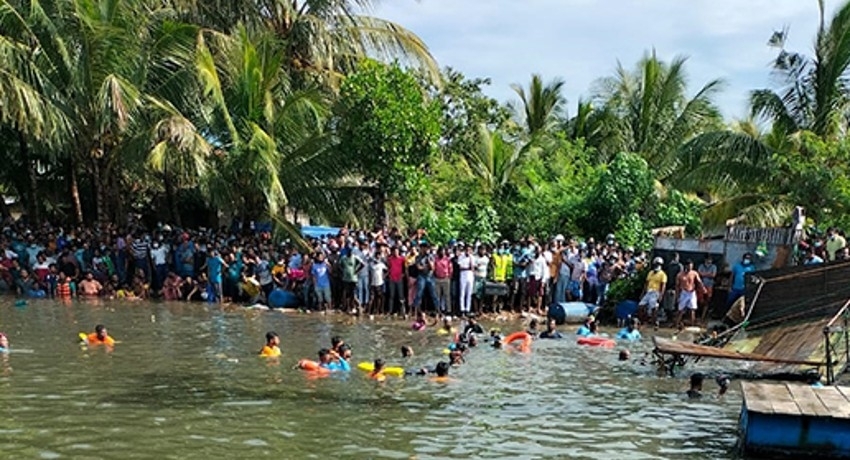 COLOMBO (News 1st); The Road Development Authority says that steps have been taken to expedite the construction of the bridge from Kinniya to Kurinyankerni.

Its Director General, L.V.S. Weerakoon said that the construction is expected to be completed within six to nine months.

Six people, including four school children, were killed when a used ferry capsized in the Kinniya Lagoon due to delays in the construction of the bridge.

Meanwhile, the suspects arrested in connection with the death of six persons including children in the boat which was capsized, were remanded till 08 December after being produced before the Trincomalee Magistrate’s Court yesterday (24) afternoon.

The owner of the ferry and the two operators were arrested yesterday morning.