COLOMBO (News 1st); The District Secretary of Kurunegala has warned that eight spill gates of the Deduru Oya were opened on Thursday (25), by five feet each due to torrential rains experienced over the past few days.

A statement noted that 28,000 Cubic Feet of water is being released from the spills gates per second and as a result of the gushing waters, the Ella Road (Kurunegala – Padeniya – Anuradhapura) remains inundated.

Accordingly, people living in the Risk Zones in Bingiriya, Rasnayakapura, Nikaweratiya, Kobeigane, and surrounding areas have been instructed to evacuate to safer locations, and motorists are advised to use alternative routes. 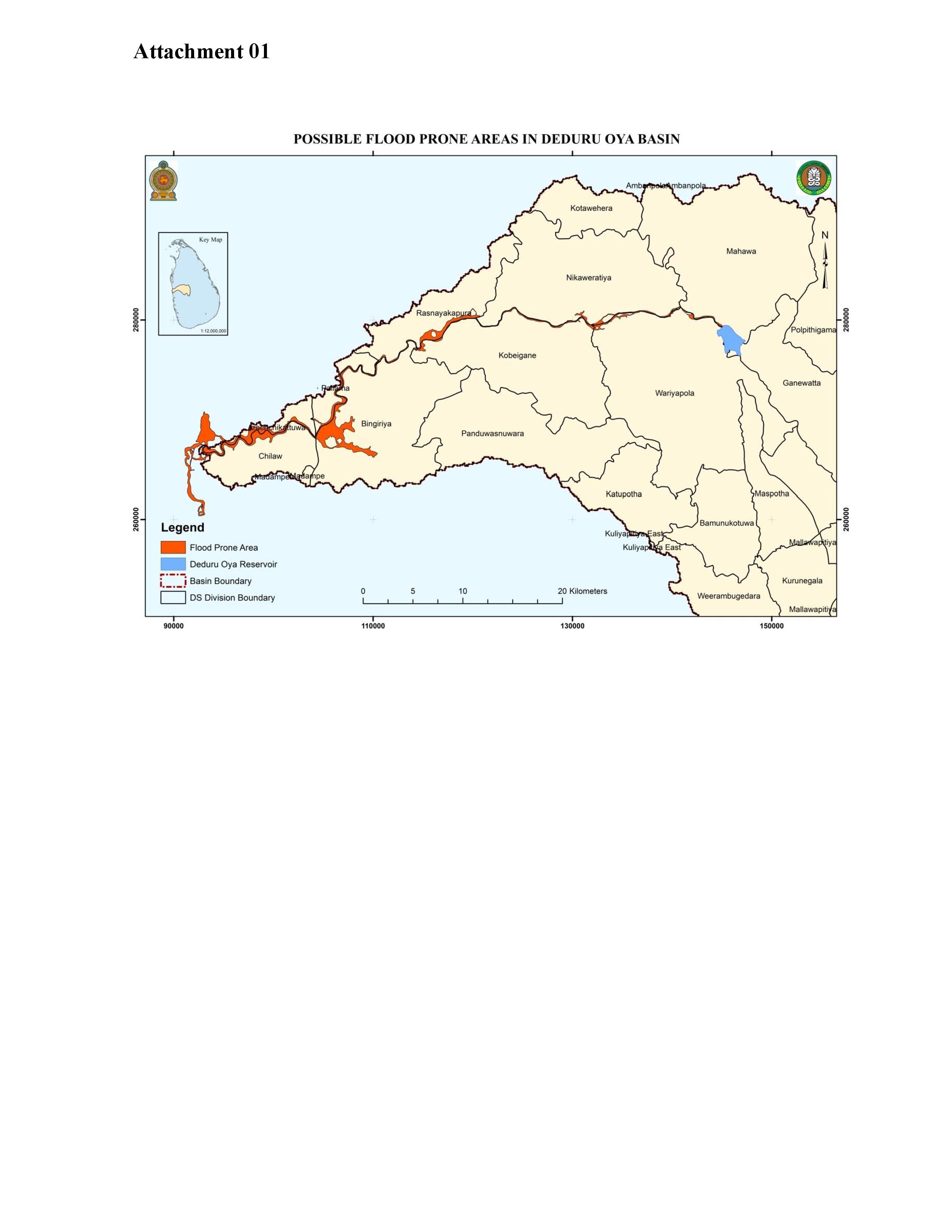