COLOMBO (News 1st); The Embassy of China made a generous donation to the Seva Vanitha Unit of the Sri Lanka Air Force on 12 November 2021. This was done by the Chinese delegation led by the Defence Attaché of the Chinese Embassy in Sri Lanka, Senior Colonel Wan Dong, when they called on the Commander of the Air Force, Air Marshal Sudarshana Pathirana at Air Force Headquarters.

The Defence Attaché presented the donation of over Rs. 1.5 million to the Commander on behalf of the Chinese Embassy.

During the cordial discussion which ensued, the Commander expressed his gratitude to the Attaché for their worthy contribution, on behalf of the Sri Lanka Air Force.

The donation made is intended to be utilized to continue the dedicated work by the SLAF Seva Vanitha Unit to uplift the living standards of families of service and civilian personnel who are in need through welfare projects in the year 2022. 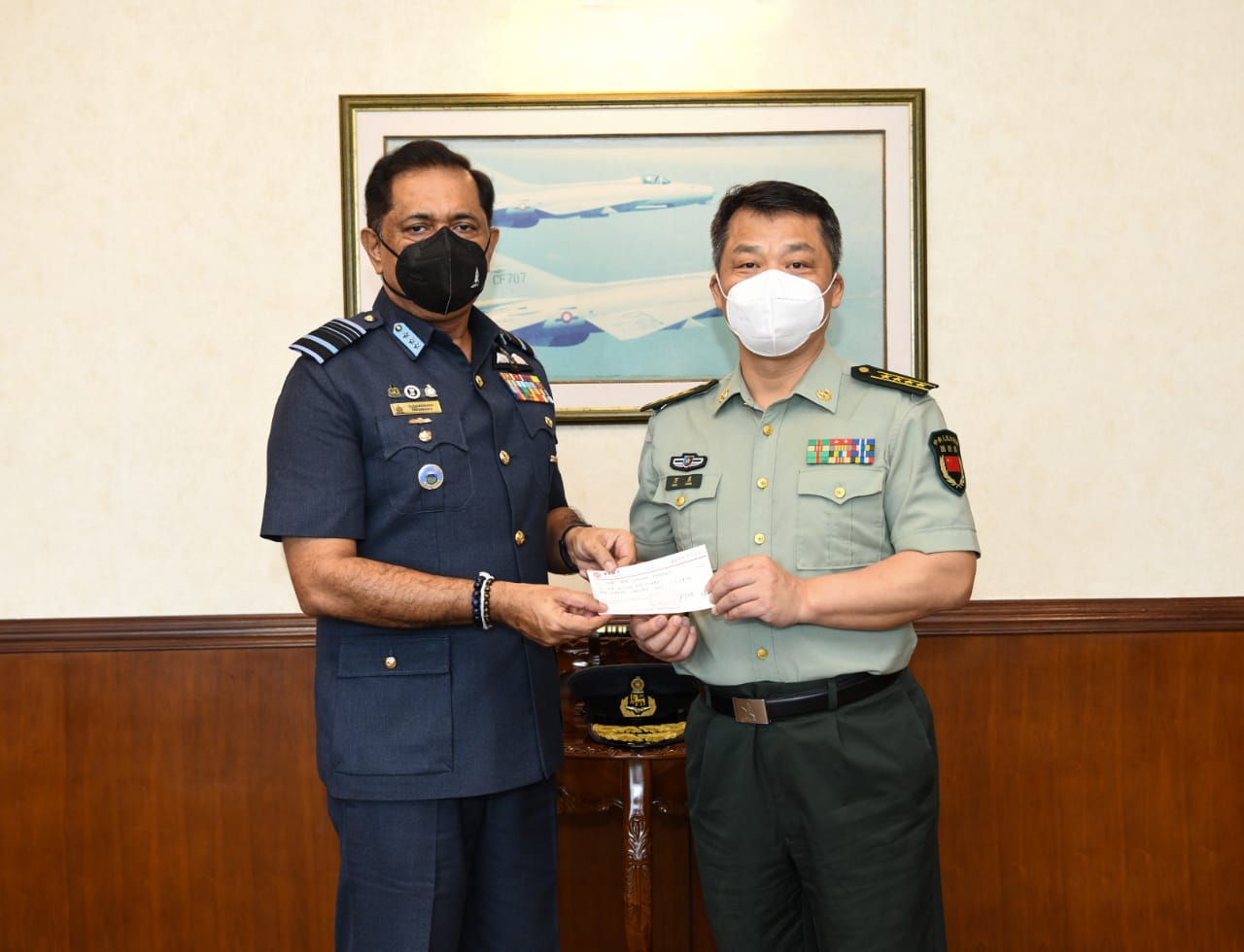