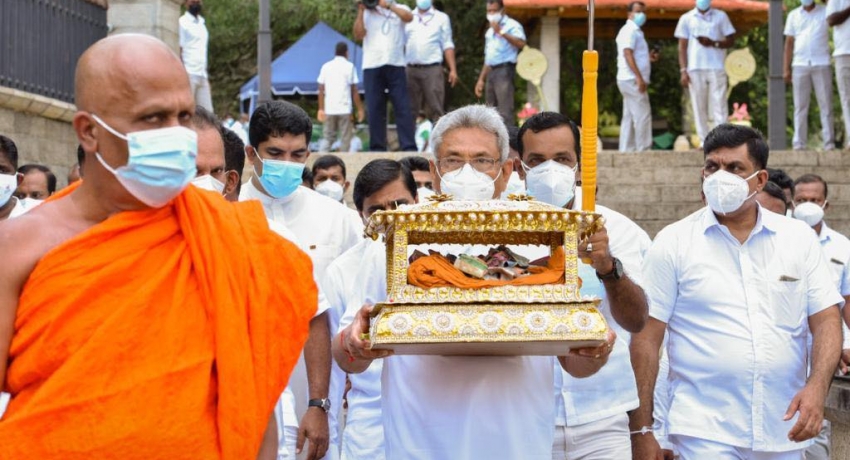 COLOMBO (News 1st); The State Katina ceremony and the festival of the saffron coloring of robes were held under the patronage of President Gotabaya Rajapaksa at the Sri Miyugunarama Raja Maha Viharaya, Colabagama , Kurunegala, on Sunday (14).

This is considered to be the second occasion since the reign of King Parakramabahu II to hold a Katina ceremony sponsored by the state.

It is the tradition since the days of ancient kings to cultivate cotton, spin yarn, and use the cotton cloth woven from yarn to sew the Cheevara (Bhikkus robe) and present it to Maha Sangha.

Minister Dayasiri Jayasekara conducted the ceremony of saffron colour dyeing of robe, mixing medicinal herbs to the dyeing pot and offering it to Mahasangha.

The noon alms were offered by the President and Ministers to the Maha Sangha.

The President handed over identity cards to six parents who had bequeathed their children to the Sambuddha Sasana, marking the inauguration of the ‘Buduputh Mapiya Harasara’ national programme stated in the National Policy Framework ‘Vistas of Prosperity and Splendour’.

The President also attended the rituals held at the ancient Vishnu Maha Devalaya at the temple premises.

Simultaneously, a programme to plant one million jackfruit plants within three years was also launched. 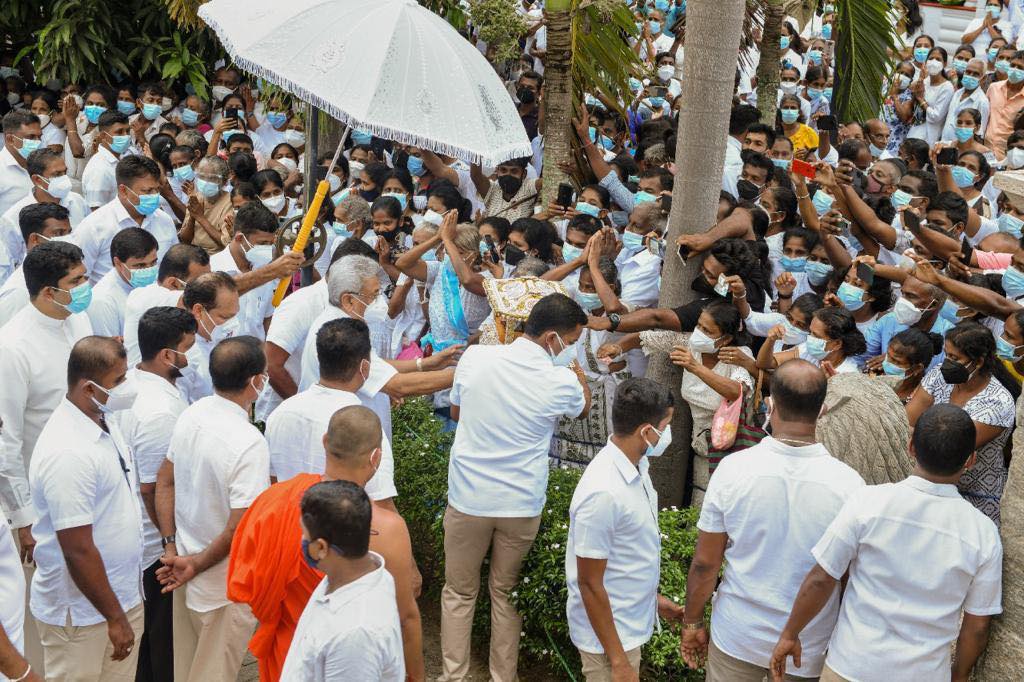 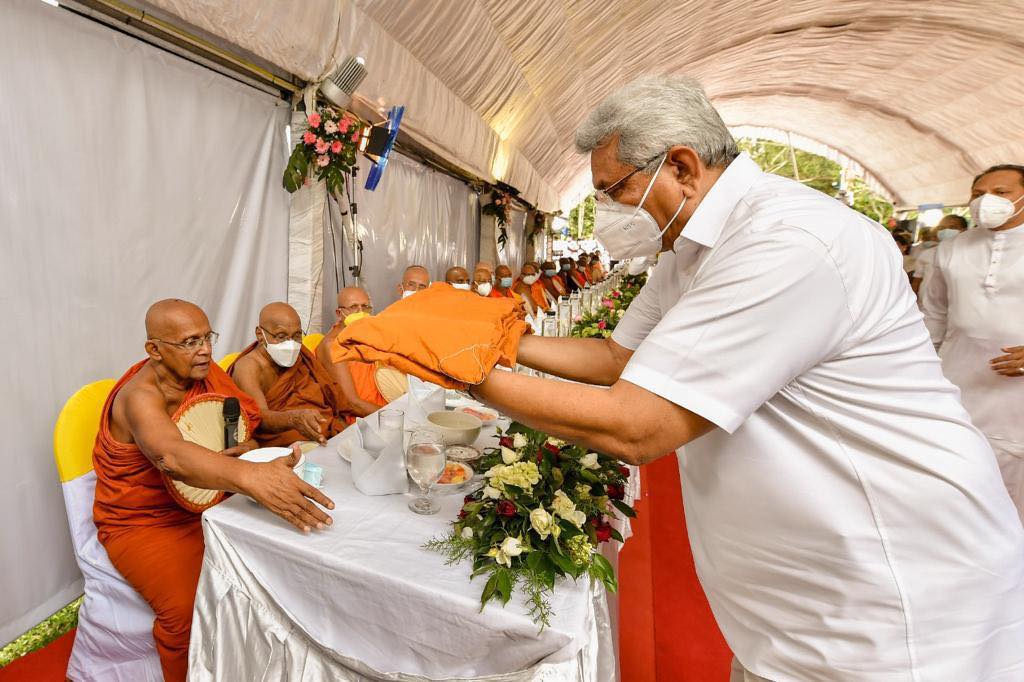 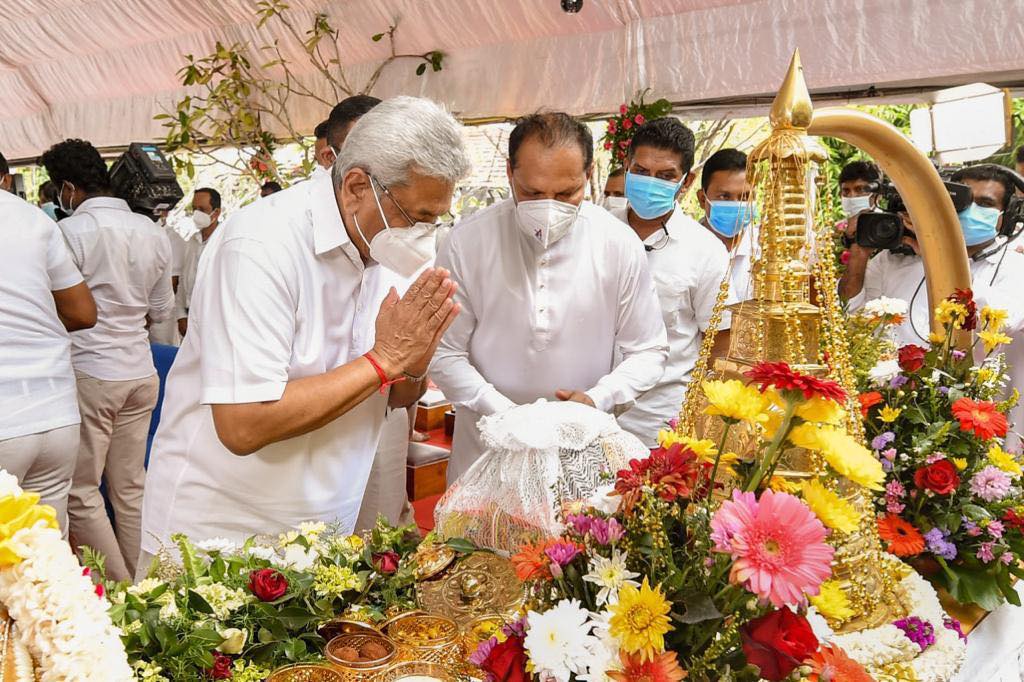 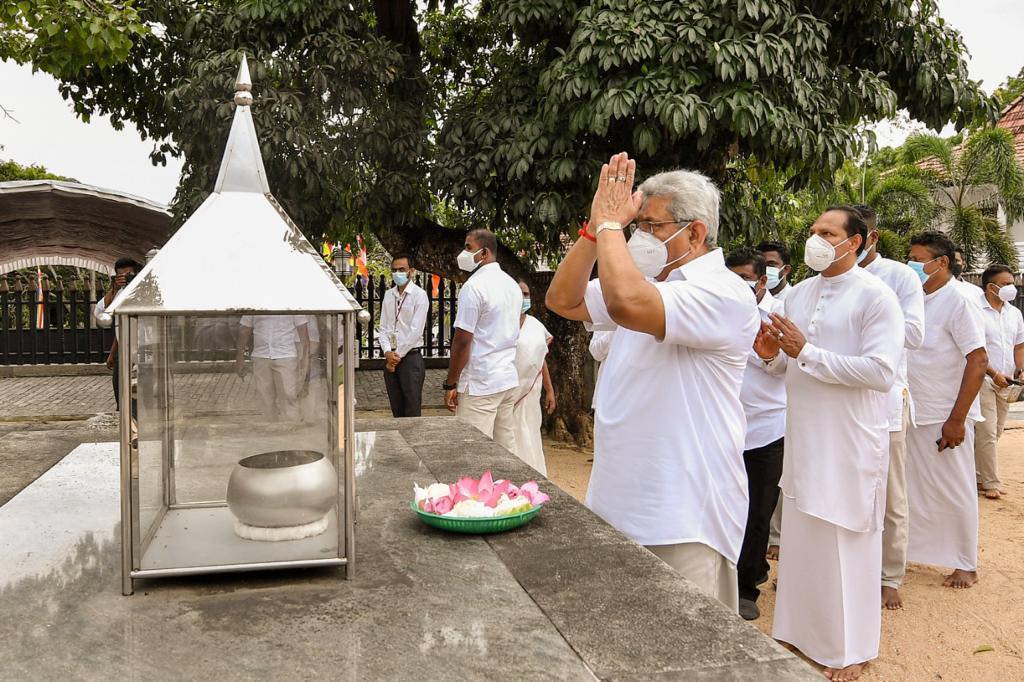 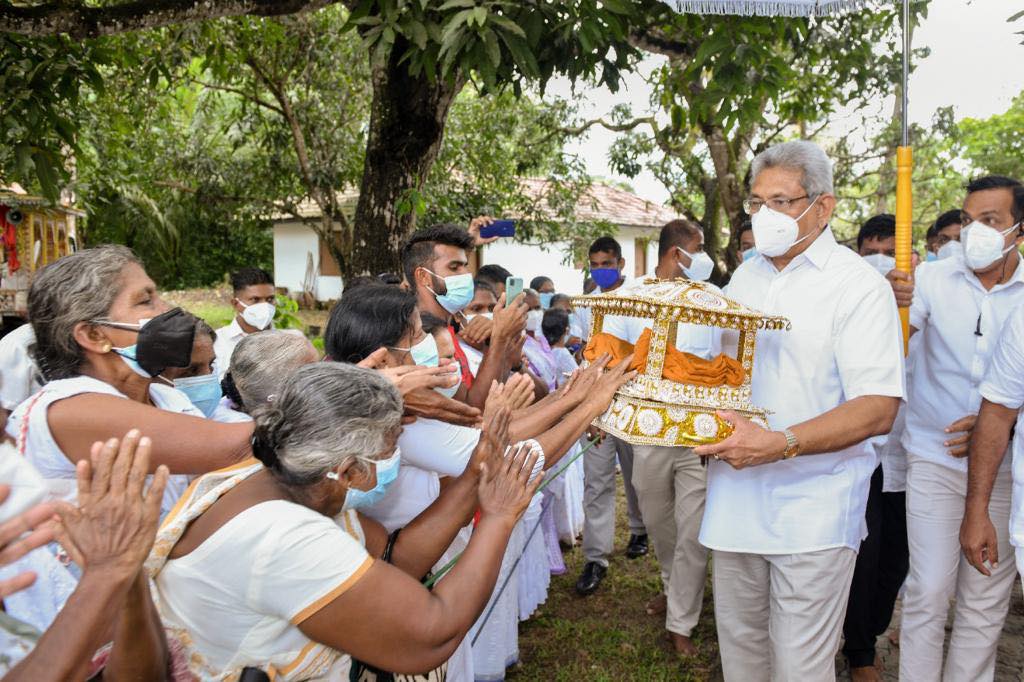 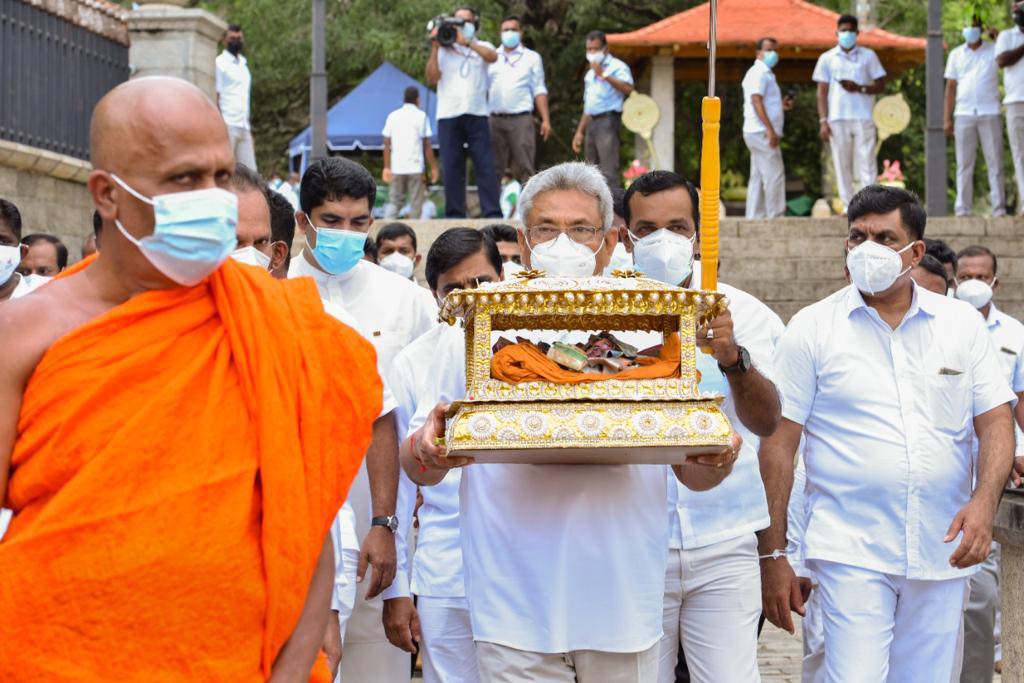