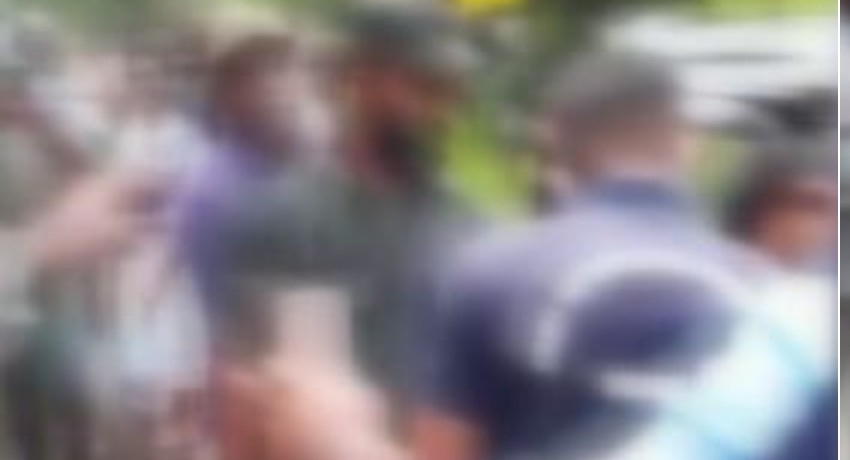 COLOMBO (News 1st); Three people are reported to have died after an earth embankment collapsed onto a house in Rambukkana, Kegalle on Tuesday (9) morning.

The Director of the Rambukkana Hospital told News 1st that another person was injured in the incident.

It is reported that a mother and her child, and a relative’s child had died in the tragedy.

8 Sri Lanka Sinha Regiment (SLSR) troops of the 611 Brigade under the 61 Division of the Security Force Headquarters – West (SFHQ-West) were among the firsts to reach Dombemada, Rambukkana early this morning (9) around 4.30 a.m. where 4 family members inside a house were found buried alive after an earth mound struck their house due to torrential rains.

After those troops, stationed in Kegalle were alerted, a group of 32 Army personnel including 2 officers rushed to the scene and began rescue operations forthwith, braving continuous downpour and muddy earth mounds that were being gushed due to floodwaters.

Troops managed to evacuate all four family members and managed to rush them to the nearest Rambukkana hospital using their own Army vehicles.

However, the latest reports confirmed that seriously injured mother, Surangika Lakmali (36), daughters, Kasuni Bhagya (8), and Madhushi were pronounced dead on admission to the hospital.

The critically injured father, Sudath Marasinghe (46) is under treatment at the hospital. At the time this report was filed, troops are busy cleaning the location and trying to recover their valuables for safe-keeping on the instructions of the Commander, Security Forces – West, Major General Sujeewa Senerath Yapa, General Officer Commanding, 61 Division, Major General Dammi Hewage, Commander, 611 Brigade, Brigadier Janaka Uduowita and the Commanding Officer, 8 SLSR, Lieutenant Colonel K. Athukorala.