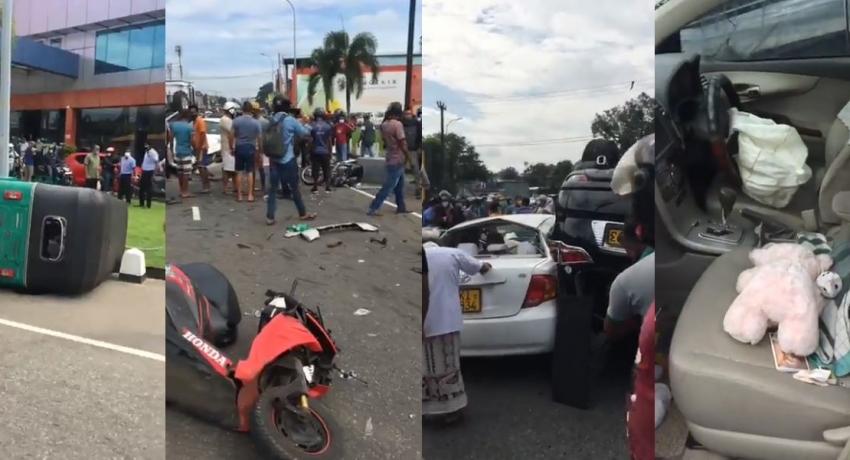 COLOMBO (News 1st); One person was killed in a tragic accident on Thursday (4) morning in Mahabage when a driver of a speeding jeep from Colombo to Negombo lost control of the wheel and crashed onto a car traveling in the opposite direction.

The jeep also crashed onto a three-wheeler, a car, and two motorcycles.

Five people were injured in the accident, and one of them – a 51-year-old male from Mahabage – succumbed to his injuries.

Another person is reportedly in serious condition.

Investigations revealed that the driver of the jeep was a 16-year-old male and he was arrested along with his father, who allowed him to drive the vehicle.