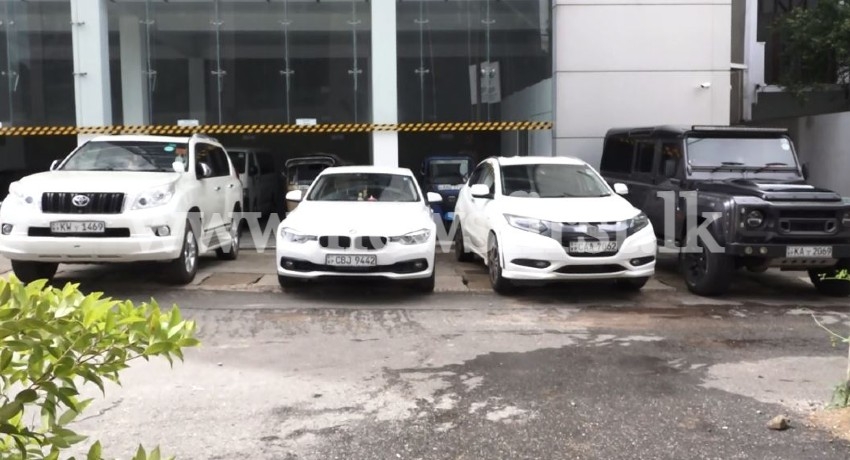 The details of the latest fleet of seized vehicles were made public by the Illegal Assets and Property Investigation Division of Sri Lanka Police.

The latest vehicles include a BMW Car, A V8 jeep, a Defender, and a Honda Hybrid car.

The defender and Honda Vezel car were seized from Dematagoda Ruwan and the Land Cruiser V8 and the BMW (value yet to be estimated) belong to Dematagoda Chaminda.

Dematagoda Chaminda, a criminal gangster is currently serving a death sentence for the murder of former MP Bharatha Lakshman Premachandra.

On the 29th of October Ruwan Chamila Prarasanna alias Dematagoda Ruwan, the elder brother of Dematagoda Chaminda, was arrested by the CID under the Money Laundering Act.

During the raid, detectives seized luxurious vehicles such as a Range Rover, Prado, and two brand new BMW cars from Dematagoda Ruwan’s house.

These vehicles were seized as the suspect could not declare how he purchased the vehicles worth Rs. 180 Million and Rs. 25 million worth of gold.

The latest vehicles were seized based on the investigations that were carried out by the detectives.

Police Spokesperson & Attorney-at-Law SSP Nihal Thalduwa told News 1st that the Illegal Assets and Property Investigation Division of SrI Lanka Police which operates directly under the DIG in charge of the CID, as per the directives of the IGP, commenced investigations on people who generated wealth through illegal and ulawful means.