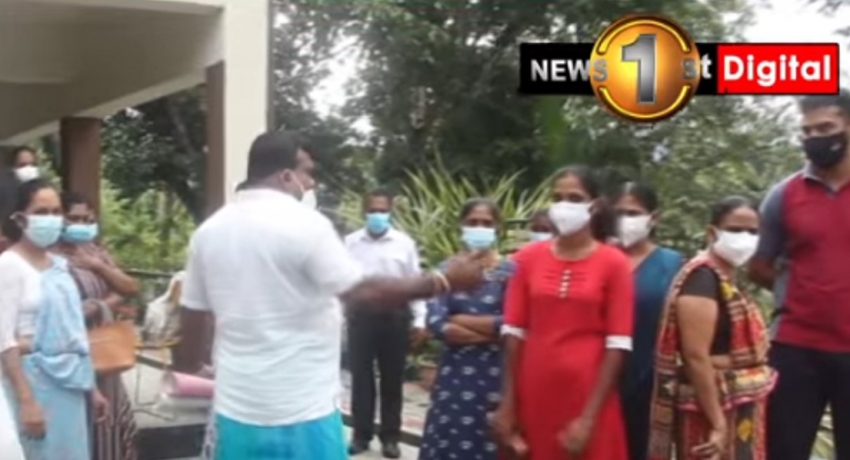 COLOMBO (News 1st); Parents expressed their displeasure towards local politicians when they intervened against a protest organized by teachers and principals opposite a school in Mawanella on Wednesday (3).

The local politician was seen snatching posters and scolding the teachers who were engaged in the protest.

Although the principal stated that no politics were involved in the protest action, the local politician argued with the parents and told them to leave.

Meanwhile, K.G. Piyatissa, the Vice Chairman of the Mawanella Pradeshiya Sabha stated that he did not attack anyone, and to prove to him that an attack took place.