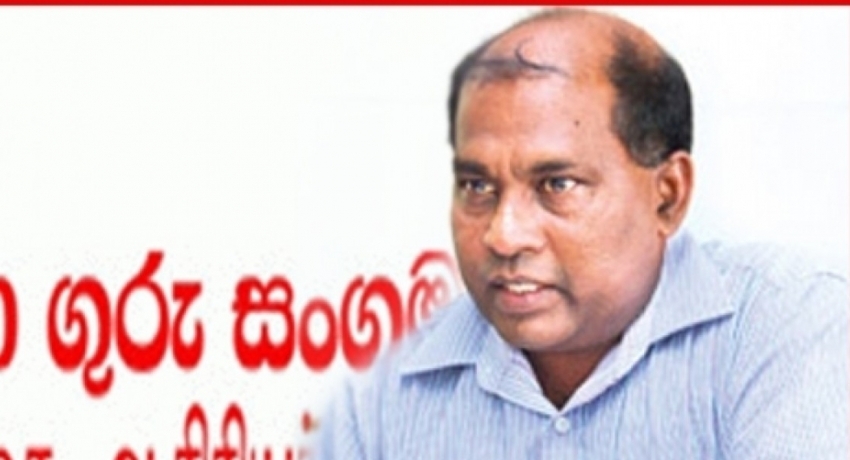 COLOMBO (News 1st); The Secretary of the Ceylon Teachers Union, Joseph Starlin says that a proper solution must be presented for the teachers-principal salary anomaly issue before the budget is presented by the Finance Minister

Speaking to the media today (03), Starlin alleged that although the Government attempted to create a rift between parents and teachers, both parties have commenced protesting together.

Moreover, the General Secretary of the Ceylon Teachers Union Mahinda Jayasinghe responding to the Prime Minister’s statements about the protests taking place due to them not visiting the villages, challenged the Prime Minister and other Cabinet Ministers to visit the villages, at which they will be able to see parents and teachers alike protesting.

Meanwhile, the Chairman of the Education Professionals Association, Ven. Ulapane Sumangala Thero stated that the allegations against the trade unions are politically motivated as the Government is attempting to file false charges against the unions.

He said this speaking of the case filed by Kandy Police alleging that the march which took place from Kandy to Colombo demanding a solution for the salary anomaly on the 04th of August, violated the island-wide quarantine curfew.

The relevant case was taken up at the Kandy Magistrate Court today (03).

Ven. Ulapane Sumangala Thero speaking about the matter said that no court issued an enjoining order preventing the march, and false charges have been leveled against the trade union members. He further stated that Court ordered the police to file the charges against the teachers and principals with adequate evidence, and if there is none by 25th January, to withdraw the case.