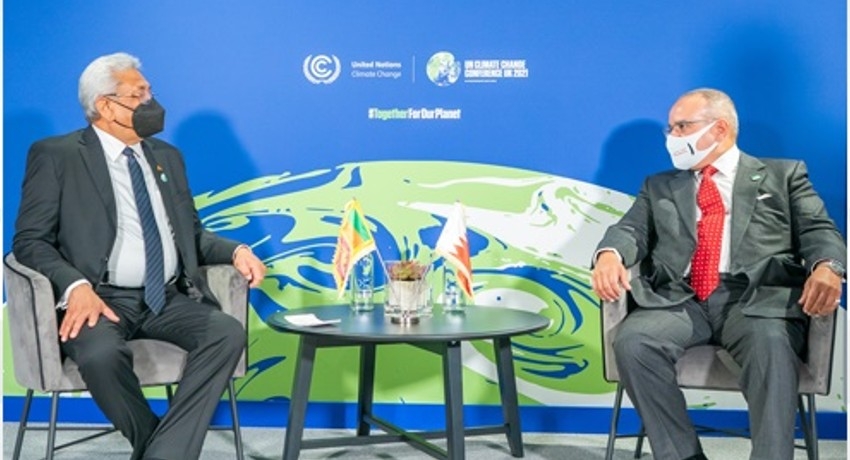 His Royal Highness noted the steady growth of cooperation between the two countries across various fields and highlighted the importance of continuing to work on strengthening bilateral ties.

During the meeting, issues of common interest and ways to strengthen bilateral relations were discussed, as well as the importance of COP26 in overcoming the challenges of climate change.

The meeting was also attended by the Ambassador of the Kingdom of Bahrain to the United Kingdom, HE Shaikh Fawaz bin Mohammed Al Khalifa, and the Special Envoy for Climate Affairs and CEO of the Supreme Council for Environment, HE Dr. Mohammed bin Mubarak bin Daina.