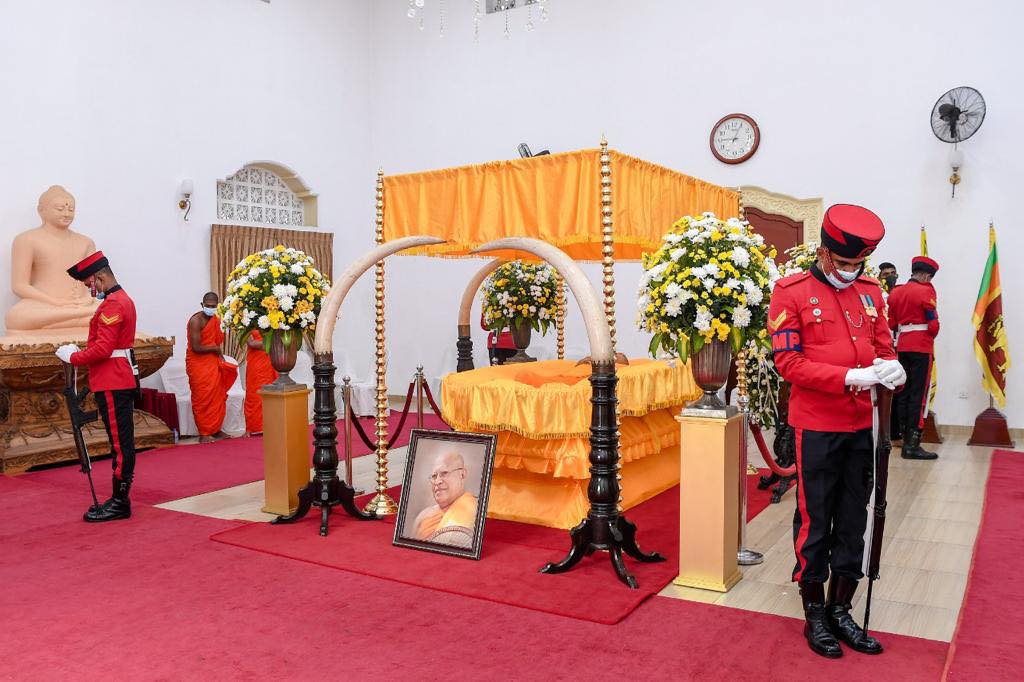 COLOMBO (News 1st); President Gotabaya Rajapaksa paid his last respects to late Chancellor of the University of Kelaniya, Chief Judicial Prelate for the two Regions of Colombo and Chilaw and the Chief Incumbent of the Peliyagoda Vidyalankara Pirivena, Aggamahapandit Dr. Most Venerable Welamitiyawe Kusaladamma Thera.

The President today (29) visited the Vidyalankara Pirivena in Peliyagoda where the remains of the Venerable Thera lie in state and paid his last respects.

The President expressed his deepest condolences to the resident monks and the Dhayaka Sabha and the relatives of the late Nayaka Thera.

The President has instructed to hold the cremation ceremony of Most Venerable Welamitiyawe Kusaladamma Thera under full state patronage.

The President also engaged in a discussion with the monks of the funeral committee and inquired about the arrangements. 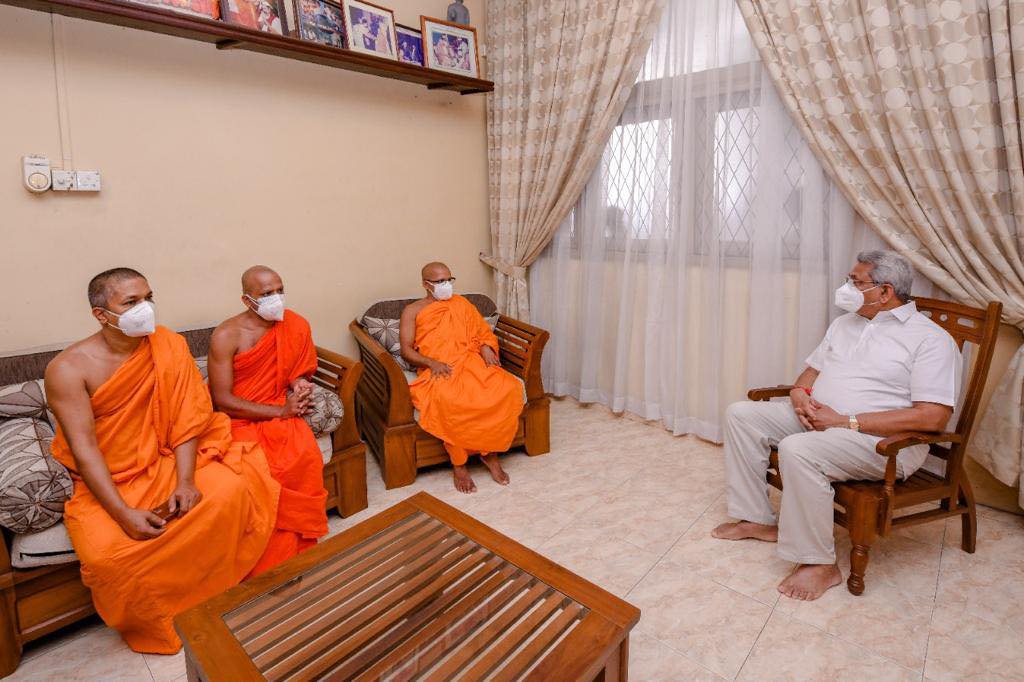 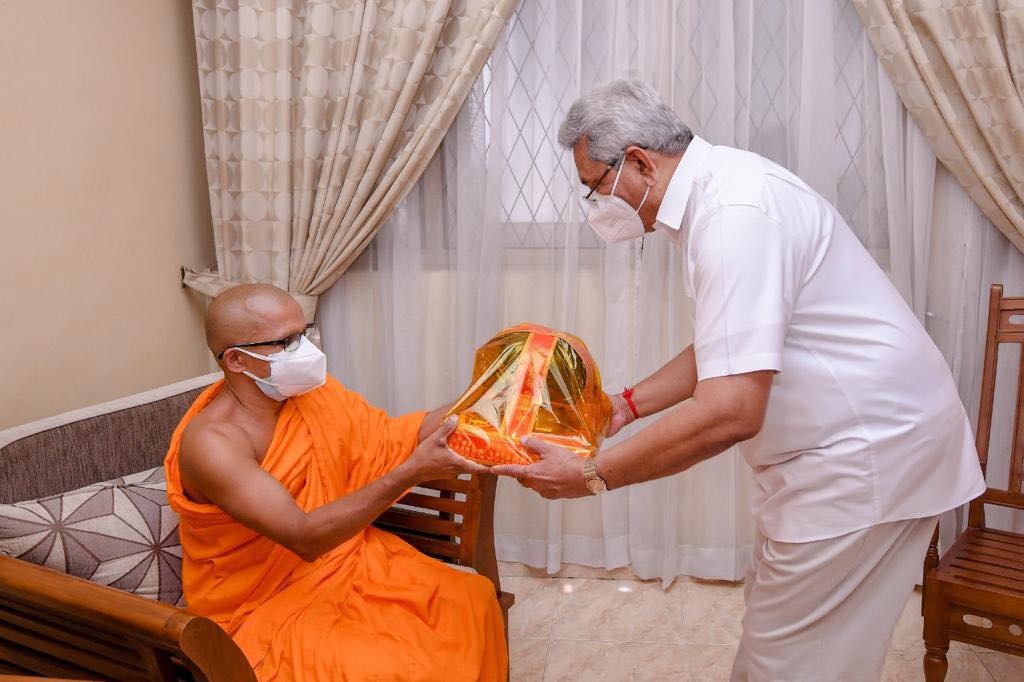 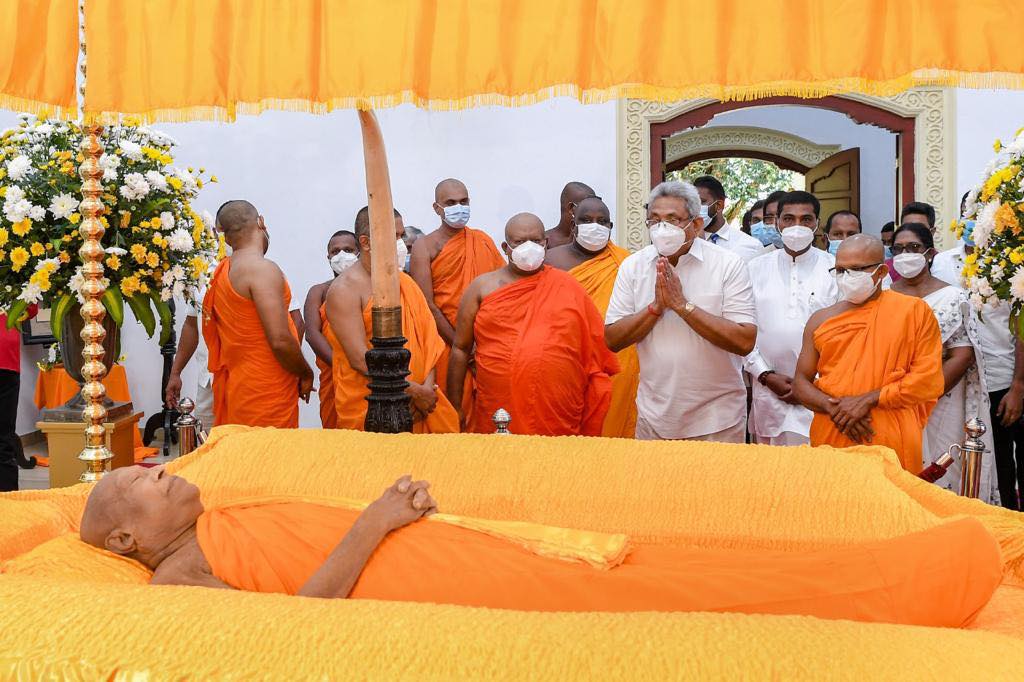 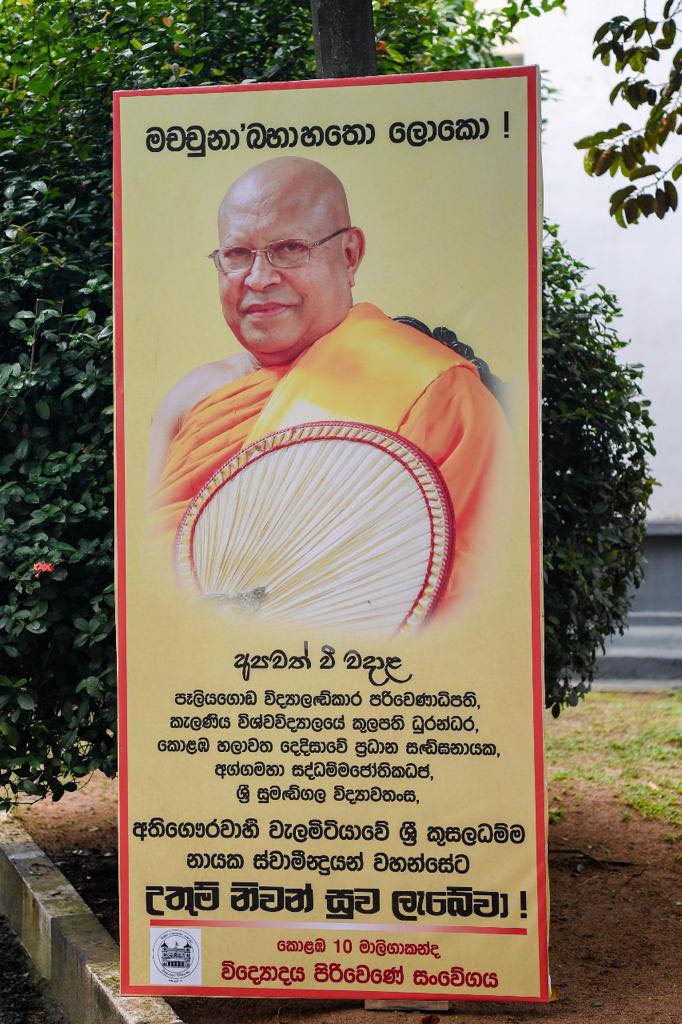