COLOMBO (News 1st); A low-pressure area in the Southwest Bay of Bengal, is likely to move nearly westwards towards the East coast of Sri Lanka, said the Met Department.

The showery condition is expected to enhance over most parts of the island under the influence of this system.

Showers or thundershowers will occur at most parts of the island, particularly during the afternoon or night.

Heavy showers above 100 mm can be expected at some places. Showers may occur in the Northern, Eastern, and Southern provinces during the morning as well. 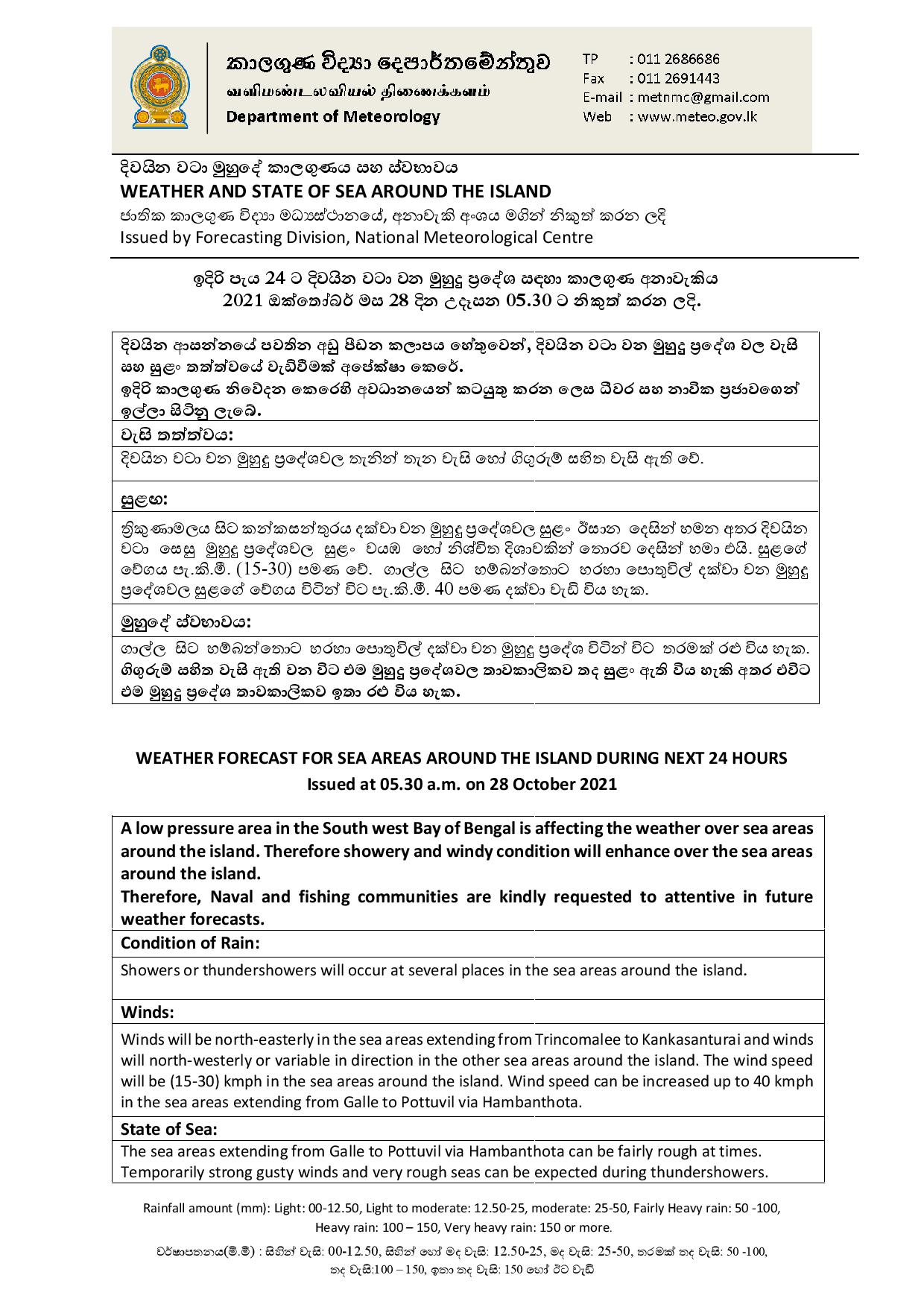