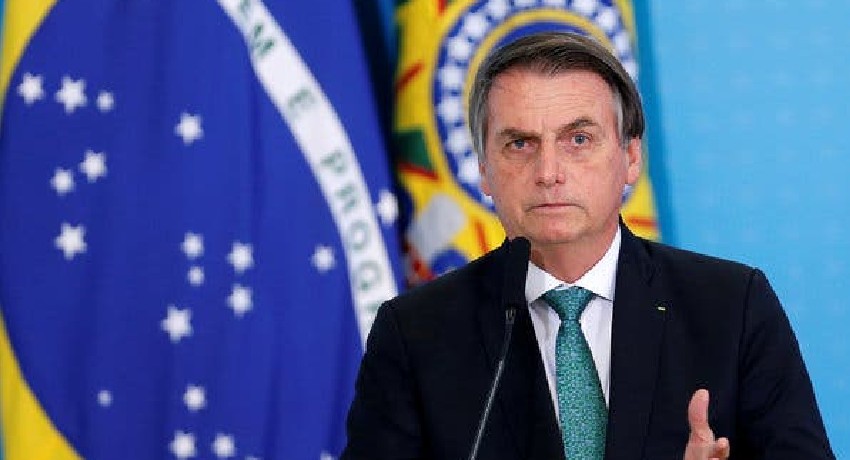 (News 1st); Brazilian senators have voted to recommend charging President Jair Bolsonaro over his handling of the devastating Covid pandemic.

A Senate panel backed a report calling for charges against Mr Bolsonaro including crimes against humanity, after 600,000 deaths from COVID-19.

The findings will be sent to the chief prosecutor, a Bolsonaro appointee.

The President has maintained he is “guilty of absolutely nothing” but the crisis has dented his popularity.

Brazil’s death toll is second only to that of the United States.

There is no guarantee this vote will lead to actual criminal charges, as the report’s recommendations must now be assessed by Prosecutor-General Augusto Aras, who is expected to protect the president.

The report alleges that Bolsonaro’s Government pursued a policy of allowing coronavirus to rip through the country in the hope of achieving herd immunity.

It describes the President as “the main person responsible for the errors committed by the federal Government during the pandemic”.

The report’s lead author, centrist Senator Renan Calheiros, called for the panel’s recommendation to charge President Bolsonaro with crimes against humanity to be submitted to the International Criminal Court (ICC).

Brazil is a party to the Rome Statute, which created the ICC, so the international court could take up the case.

In addition to crimes against humanity, the Senate committee has recommended eight further charges be brought against Mr Bolsonaro in Brazilian courts, including incitement to crime, falsification of documents and the violation of social rights.

Bolsonaro is also accused of misusing public funds and spreading fake news about the pandemic.

The 1,300-page report also recommended bringing charges against two corporations and 77 other people, including three of the president’s adult sons.

Following the announcement, Senator Calheiros said that the “chaos of Jair Bolsonaro’s Government will enter history as the lowest level of human destitution”.