COLOMBO (News 1st); The Central Bank of Sri Lanka says that a USD 250 million inflow in relation to a partial divestment of the West Coast Power Plant to the US New Fortress Energy is expected, and the first tranche of the investment is expected in November/December 2021.

This was revealed via a statement made by the Central Bank, “Progress of Securing Foreign Exchange Inflows as announced in the Six-Month Road Map for Ensuring Macroeconomic and Financial System Stability”.

In addition, the US dollars 650 million investment in the West Container terminal by the Indian Adani Group, John Keells Holdings as the Sri Lankan counterparty, and the Sri Lanka Ports Authority has been recently finalized.

Negotiations are also underway to expedite the finalization of foreign currency swap arrangements with neighboring Centra Banks. Specifically, discussions are being held with the Reserve Bank of India, People’s Bank of China, and several Middle Eastern Central Banks. 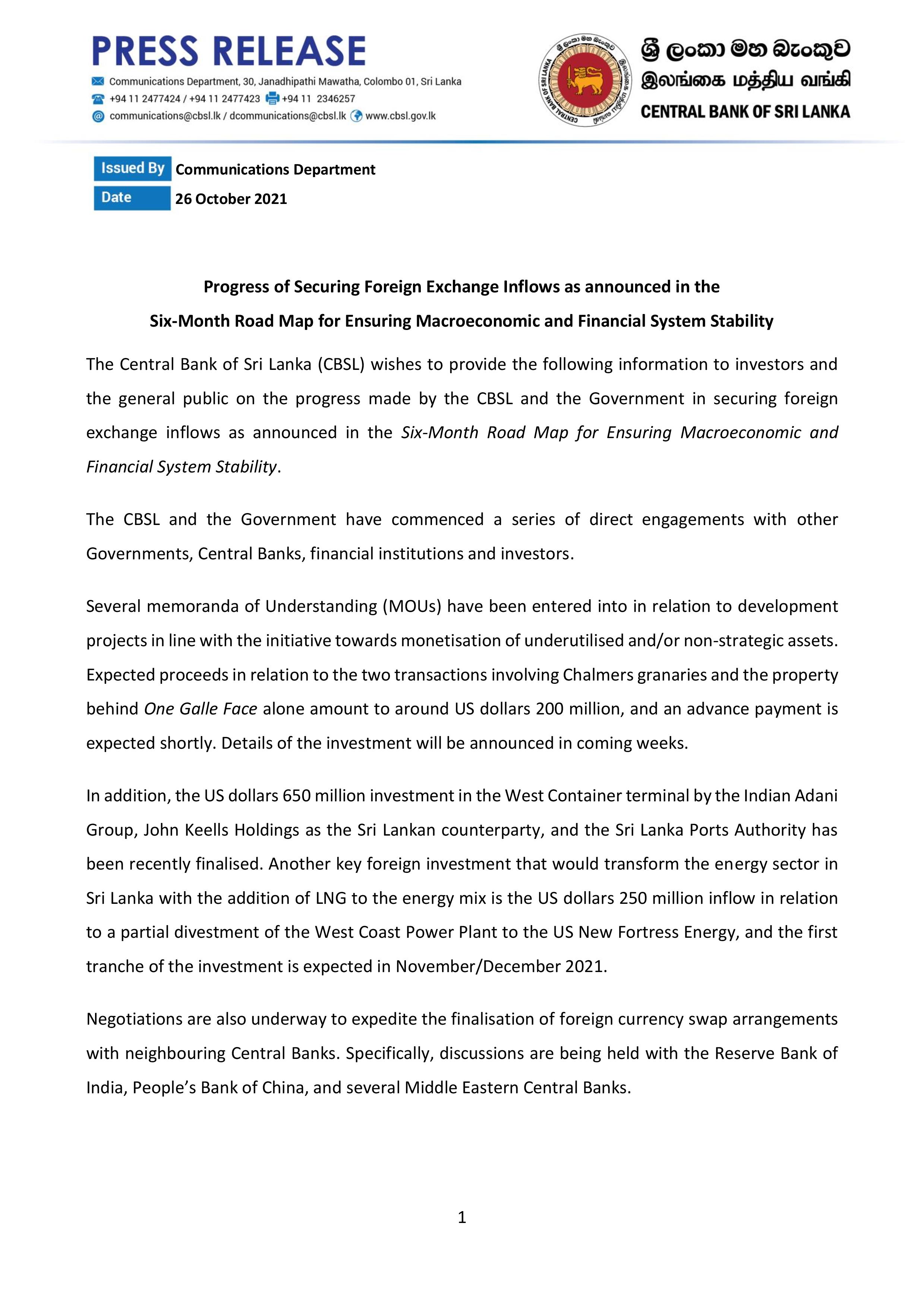 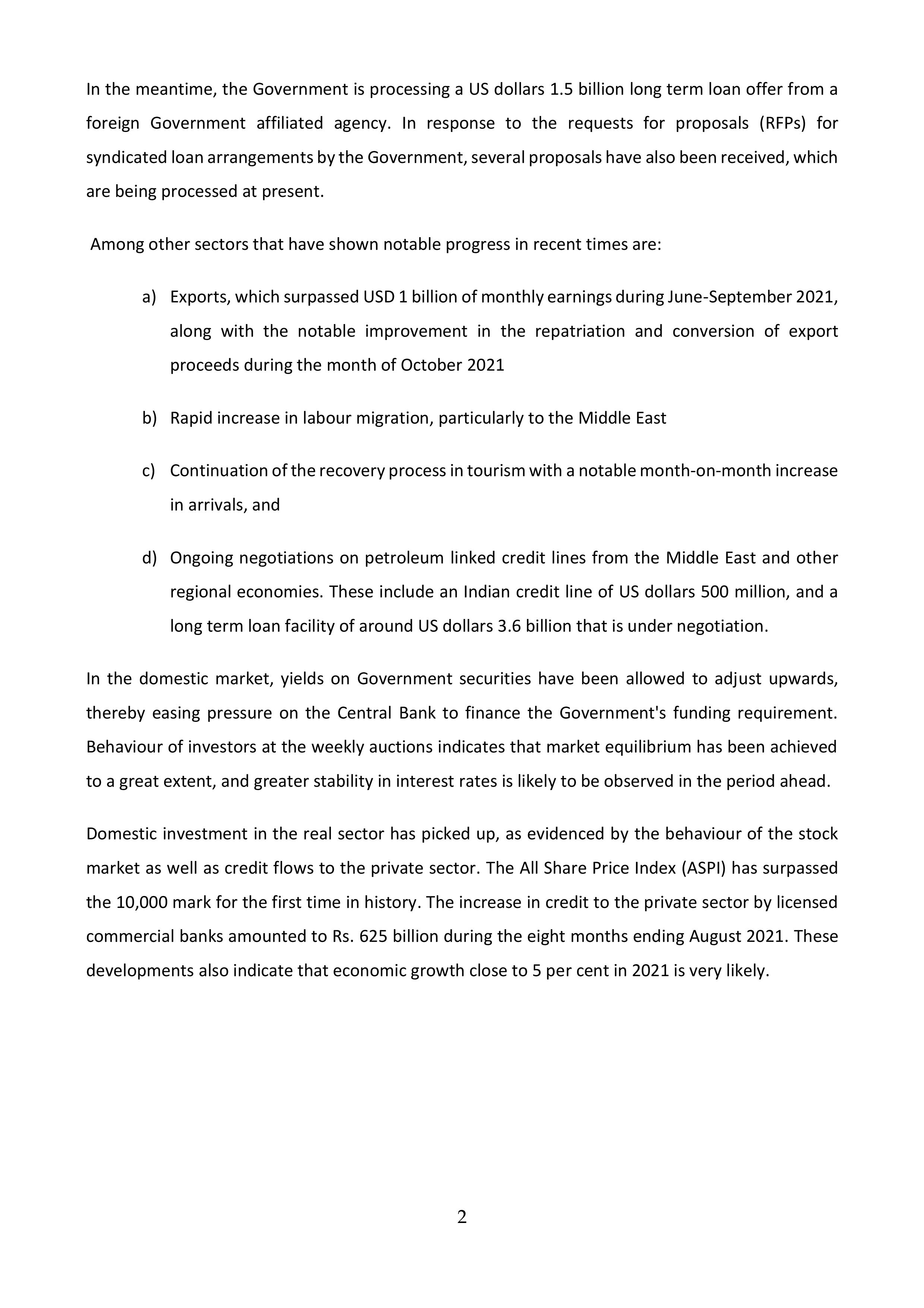