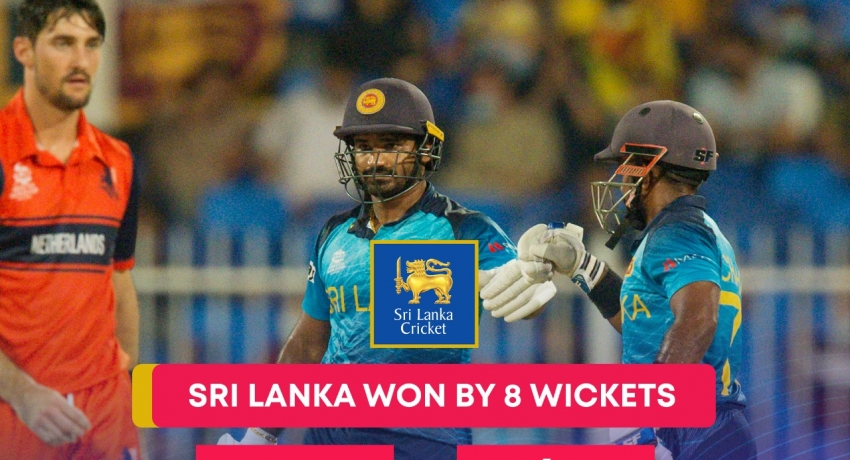 Sri Lanka maintained their 100% win record in Round 1 of the ICC Men’s T20 World Cup with a thumping eight-wicket victory over the Netherlands at Sharjah.

Set a paltry target of 45 by the Netherlands, Sri Lanka completed the formalities in 7.1 overs to set the record for the largest margin of victory in Men’s T20 World Cup history.

Kusal Perera, who had scored only 11 runs in the tournament so far, used the opportunity to find his touch, scoring an unbeaten 24-ball 33.

Unlike the batters, the bowlers gave the Dutch something to celebrate, with Brandon Glover and Paul van Meekeren scalping a wicket each.

Earlier in the day, the Sri Lankan bowlers justified their captain’s decision to bowl first as they skittled the Netherlands out to 44, the second-lowest total in Men’s T20 World Cup history.

Sri Lanka finish Round 1 top of Group A and will head into a Super 12 pool containing defending champions West Indies and top-ranked side England, as well as Australia, South Africa and Bangladesh. 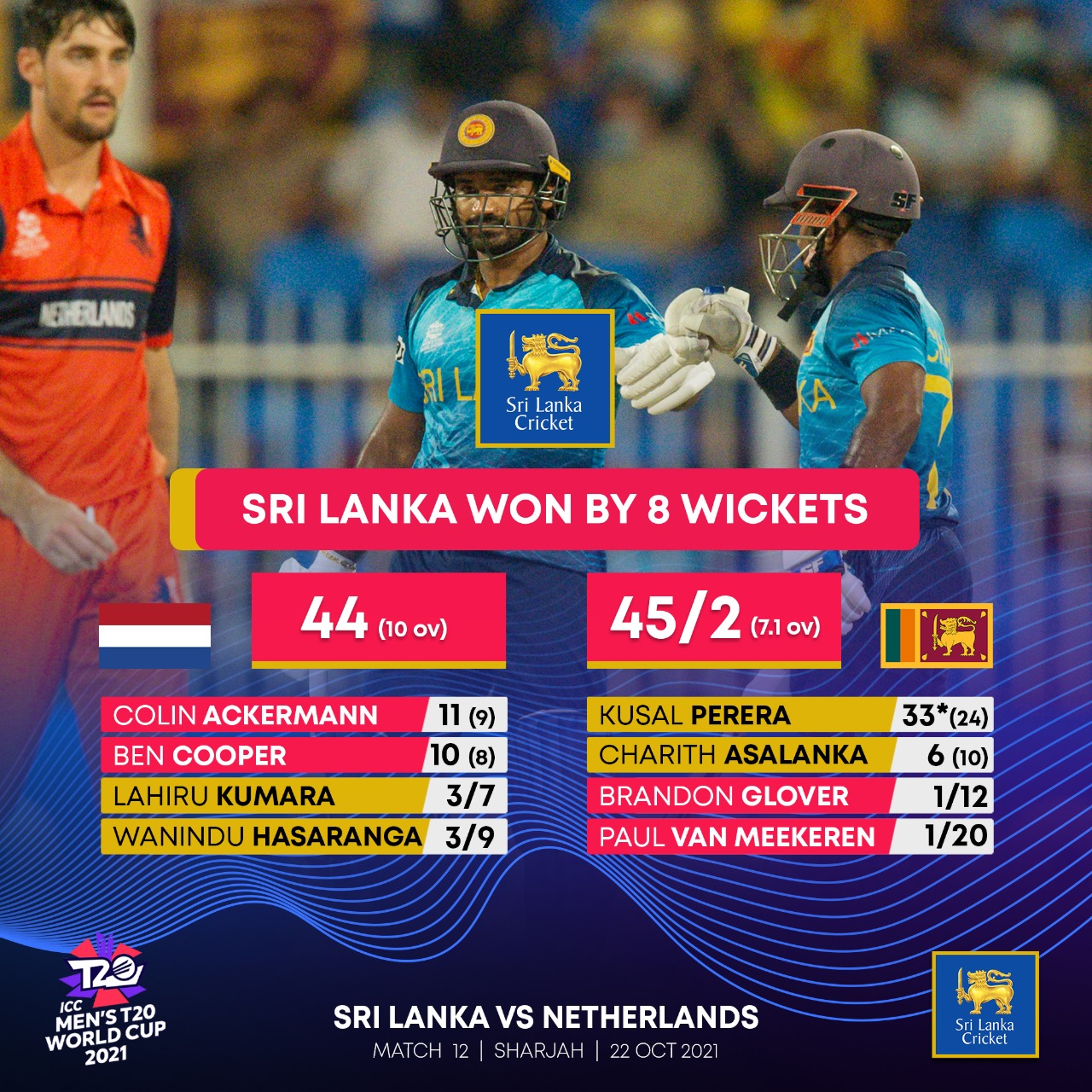