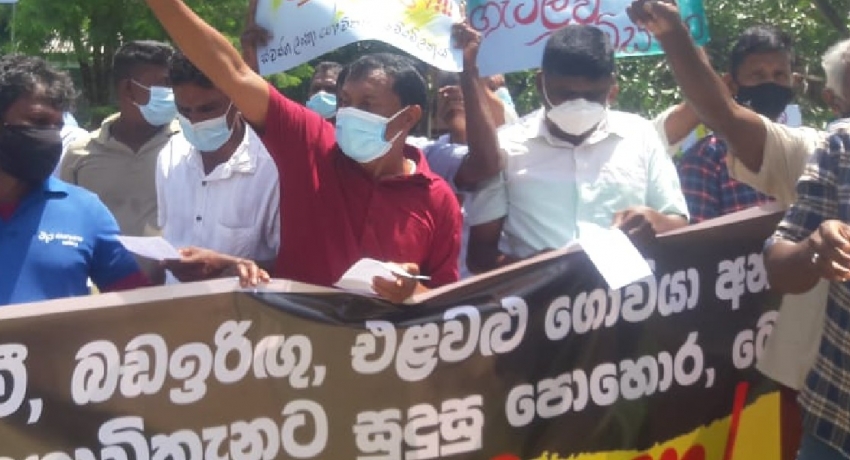 COLOMBO (News 1st); Hundreds of farmers took the streets once again on Friday (22) demanding fertilizer be released for their cultivations.

These protests took place in Anuradhapura, Medwachchiya, Dimbulagala, and Matale.

A verbal altercation was reported in Medawachchiya between the leading figure of the Agrarian Movement and the local Agriculture Officer.

The farmer demanded that the nano-nitrogen fertilizer imported from India be released to them.