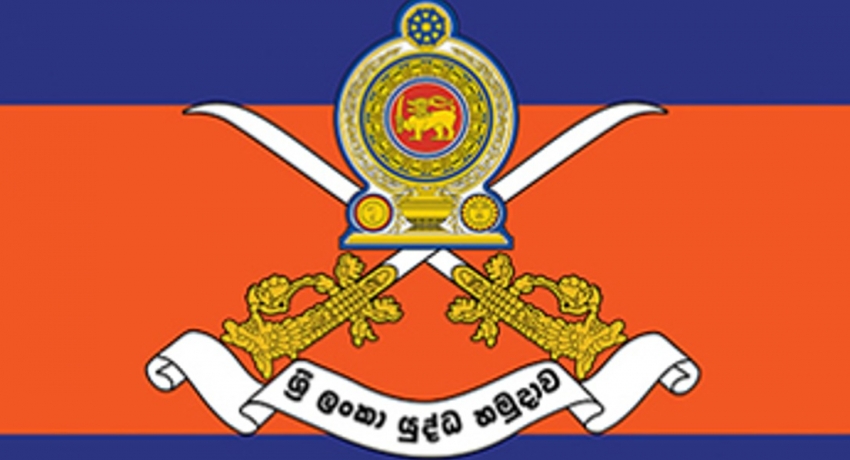 COLOMBO (News 1st); The Sri Lanka Army, the most sought protective shield behind which our country pursues unhampered and arduous struggle toward economic growth and social development, matures into its 72nd birthday today (10) as the finest and most trusted service-provider in the country whose scope of dedication, courage, devotion to duty and self-sacrifice has commanded the admiration of the entire Nation more than ever before.

The incumbent Commander of the Army General Shavendra Silva who is also the Chief of Defence Staff at this milestone anniversary while paying tribute to the memory of all fallen War Heroes and remembering injured War Heroes, Retired War Heroes, Serving Officers, All Ranks and Members of the Civil Staff on this 72nd Army Day conveys his best wishes and warm greetings.

General Shavendra Silva also extends sincere thanks to the President Gotabaya Rajapaksa, Commander-in-Chief of the Armed Forces for gracing the Army Day anniversary ceremonies as the Chief Guest, held at Saliyapura, Gajaba Regiment Regimental HQ for the first time in the history and for granting record promotions to 567 Officers and 10368 Other Ranks in the Army, coincident with the Army Day-2021.

This year’s commemoration assumed greater significance owing to the participation of HE the President who himself was a distinguished former Keterian alias the first incumbent President ever-groomed by the prestigious Gajaba Regiment. Among other participants is General Kamal Gunarathne (Rtd), Secretary Defence who is also a reputed member of the Keterian family who sweated fearlessly for defence of the country.

Founded on 10 October 1949 as the Ceylon Army after forming its first Regular Force under the command of Brigadier R. Sinclair, the establishment of its own Military Academy in Diyatalawa afterwards saw Brigadier Anton Muthukumaru assumed the mantle of office as the first Sri Lankan Commander of the then Ceylon Army.

Blossomed into a full-fledged professional Army during its life-span of past 72 years, the Sri Lanka Army to-date has been effectively commanded by 23 Commanders, elevating the mammoth organization to impressive heights. Needless to place on record, its expansion with 25 Regiments and Security Force HQs as the most trusted security provider to all Sri Lankans at the expense of their own lives, has won the hearts and minds of all ethnicities across the country.

The battle-hardened soldier, General Shavendra Silva, the incumbent 23rd Commander of the Army who was also appointed as Head of the National Operation Centre for Prevention of COVID-19 Outbreak (NOCPCO) has earned kudos, and carved a niche for himself among all walks of life due to his tireless commitment for eradication of the pandemic from the country. Of late, his selfless commitment to overcome the country’s COVID-19 threat with his tireless army of skilled soldiers, health authorities and sister services as advised by HE the President and the Prime Minister, has by now evidently brought about desired fruitful end-results, bringing its operational aspect to one of the best at global levels. Its preventive and protective quarantining mechanism, one of the firsts in the world, proved a great success, fetching appreciation even from the WHO and other global agencies as well. So much so with its dedication for a dynamic national vaccination drive by introducing a mobile fleet for vaccination that covered the whole country.

As the guiding light for the country’s biggest professional manpower, General Shavendra Silva is fully determined to turn a new leaf of life for this esteemed organization with his visionary concept already set in motion and successfully implemented, considering potential future military perspectives, threats,etc in line with the ‘Way Forward Strategy 2020-2025″ as conceptualized by the incumbent Commander of the Army.

The pioneering service rendered by Army personnel without any hesitation throughout has contributed largely to the prevailing sustainable peace and reconciliation in the country. In the same manner, it is worth noting that the Army is always at the forefront, and immensely assists to restore normalcy as early as possible when national disasters, emergencies and natural catastrophes, etc hit this island-nation.

During its journey of seven decades, 22 past Commanders have provided leadership to the Sri Lanka Army since its inception, together with Senior Officers, Regimental Sergeant Majors, senior and junior Non-Commissioned Officers and members of the civil staff who have throughout made the Army proud. All of them are gratefully remembered and saluted, including members of their families at the turn of this anniversary. Likewise, memory of our fallen War Heroes whose unforgettable gains in battlefields has gone down in history as unmatched warriors of great admiration as our country is set to tread a novel path of prosperity, peace and reconciliation. Undeterred and unabated, the Sri Lanka Army, needless to reiterate, continues to march forward vigorously in an impressive manner amid inspiring compliments, appreciations and commendations as true protectors of the Nation.

The 72nd Army Anniversary commemorative religious programmes as usual started off at Kandy Sri Dalada Maligawa, followed by Hindu, Islamic and Catholic religious observances, special offerings at Kataragama, Kirivehera, ‘Pirith’ chanting and alms-giving at the Army Headquarters and at Anuradhapura Jaya Sri Maha Bodhi, where all Army flags were symbolically blessed. The Offering of floral tributes to the War Heroes’ Monument at Battaramulla was also among one of the main features in the sequence of anniversary features.

The dignified and spectacular final highlight at Gajaba Regiment Regimental HQ with HE the President as the Chief Guest on the Army Day (today) culminates the chain of anniversary arrangements for this year. As the inspirational statesman, Winston Churchill once quipped, “Never in the field of human conflict was so much owed by so many to so few.” That is exactly what the Sri Lanka Army’s journey is all about in essence.