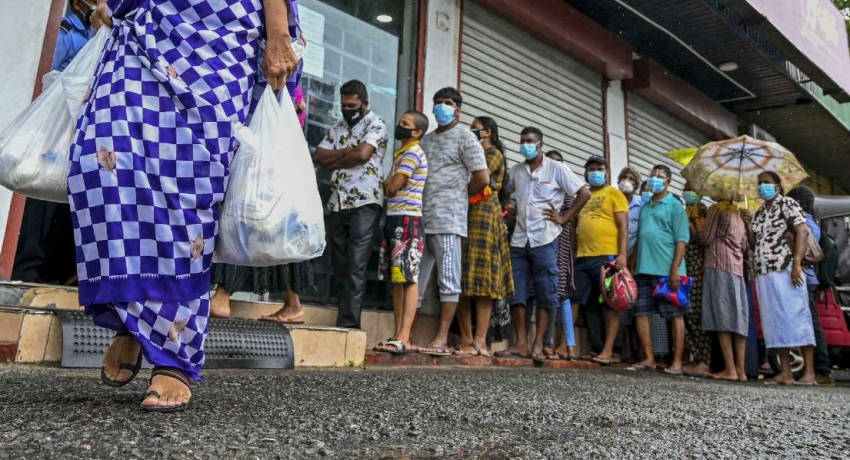 COLOMBO (News 1st); The Government of Sri Lanka recently lifted the control prices of several essential items in bid to put an end to people lining up for hours to purchase goods.

On Friday (8), the Government also took measures to remove these items from the list of Specified Goods, further paving the way for importers to increase their prices for the local markets.

For several months, people have been lining up daily outside state businesses to purchase milk powder, rice, LP gas and other essential items.

This move came after the government declared a state of emergency over the food shortages on August 31st and imposed rationing.

It forced farmers to sell their rice to a state agency and seized some from private warehouses.

A shortage of foreign currency caused by a pandemic recession has unleashed the shortages of food, medicines and other essential items for the island nation of 21 million people.

Central bank Governor Nivard Cabraal told reporters on Thursday that he had authorized some $50m to get the release of containers of milk powder blocked in Colombo port for the past three months.

As soon as the control prices were lifted, Milk Powder importers were first to increase their prices.

One of the key players in the Sri Lankan LP Gas market, Laughs Gas said the price of Gas will also be increased.

Speaking to News 1st, the Chairman of Laughs Gas said, the revised prices will be announced within the next week.

When we inquired Litro Gas Ltd of a possible price increase, a spokesperson at Litro confirmed that a final decision regarding a price hike is yet to be taken.

The stocks of rice imported to Sri Lanka are due to be brought into the country on Sunday (10) and Minister of Trade Bandula Gunawardena said that a kilo gram of rice will be provided to the general public at a price less than 100 rupees.