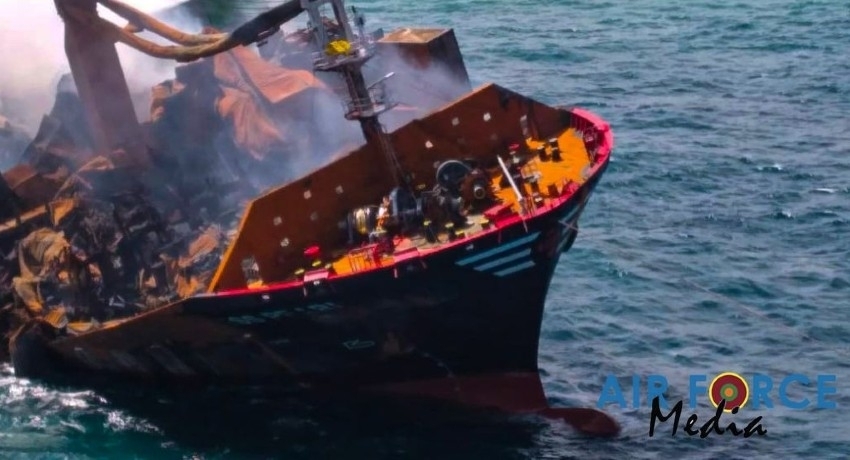 The order was made after considering a case filed by Trico Maritime (Pvt) Ltd, Colombo.

Trico Maritime (Pvt) Ltd noted that a consignment of goods it ordered from the Middle East was being transported in the ill-fated vessel.

It added that the owners of the X-Press Pearl should either transfer the custody of the goods to them or provide them with compensation.

Trico Maritime (Pvt) Ltd noted that the owners of the X-Press Pearl had failed to provide compensation to the loss of USD 600,000/- incurred by them.

On May 20, 2021, the Singapore -flagged Containership, ‘X-Press Pearl’ reported smoke from the cargo hold while at Colombo anchorage, Sri Lanka.

On May 27, efforts to extinguish the fire onboard were ongoing with firefighting tugs, the Sri Lankan Navy and Indian coastguard remaining on scene.

An inspection team were able to board the vessel on the afternoon of Tuesday, June 1, and reported the engine room flooded.

Despite salvors subsequently boarding the vessel on June 2 and attaching a tow wire, efforts to move the ship to deeper waters failed, and the ships aft portion sank to the bottom at a depth of 21 meters.